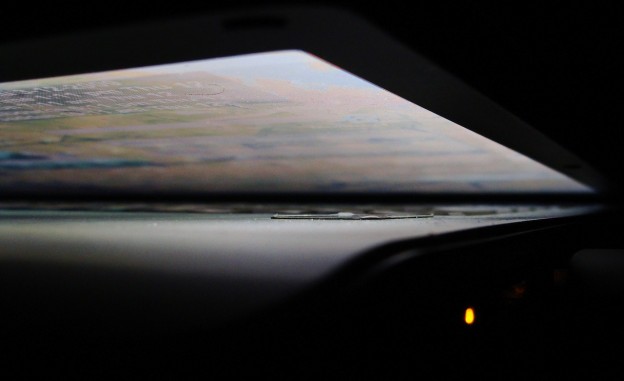 As 2013 gets underway, we’ve invited journalism educators to share what they think may be some of the biggest trends in the J-School arena. Some are highly disruptive, like online education. Some reflect changes in the nature of the news industry, like a growing entrepreneurial sensibility among journalists.

Online is part of the near future in education ... but people need to realize that to do this right, we'll need to put in a lot of effort to be sure it's a quality product." -Robert Quigley
ADVERTISEMENT
Click here to read the entire year-end series

Others take advantage of advances in web-based tools, like those to help produce easy interactive graphics. Still others ride massive media change, like the move to mobile news consumption. See what we’ve learned, and share your comments below about other trends you think journalism educators should keep an eye on in the year ahead.

Distance learning may have been around for some time. But thanks to new tools, approaches and platforms, online education has exploded into one of the most dramatic developments in academe — and that force is hitting journalism schools big time.

A case in point is the emergence of massive open online courses, or MOOCs, cropping up for the journalism crowd. The University of Texas-Austin School of Journalism’s Knight Center for Journalism in the Americas is no stranger to distance learning, having trained more than 6,000 journalists from Latin America and the Caribbean since 2003. But last fall the center offered its first MOOC on infographics and data visualization — it drew some 2,000 participants. Now it’s offering the same course again this month and just closed registration rolls at 5,000 students. It plans similar MOOCs in the coming months.

While an online journalism master’s degree has been offered by the venerable Missouri School of Journalism since 2001, communications schools like the University of Washington offer online programs to undergrads and professionals alike, and Poynter Institute’s NewsU has a long-standing array of online learning programs, more schools are coming out with new degree and certificate programs entirely online.

American University’s School of Communications in Washington, D.C., for instance, has launched a one-year,15-credit graduate level certificate program in digital media skills for journalists and non-journalists alike. (The program emerged from the film and media arts programs, rather than journalism.) The series of online courses includes video for social media, and web and app development.

The University of Florida’s College of Journalism and Communications is about to offer a third online master’s degree, this one in social media. It already has online degrees in web design and online communications and in global strategic communication. Another of UF’s online offerings — the multimedia reporting course designed by online journalism professor Mindy McAdams — is required of all journalism majors.

But for some, kinks in the online learning model still need to be worked out. Curt Chandler, a multimedia lecturer at Penn State University, has concerns about losing face time with students: “I can’t imagine teaching a multimedia reporting course online,” Chandler wrote on an Online News Association educators’ discussion group on Facebook. “Being able to see when students are confused or overwhelmed by information is too important, and varies too much from group to group to be predictable.”

Robert Quigley, a multimedia journalism lecturer at UT-Austin, taught a 94-student online class in social media journalism for the J-School this summer. (A similar online-only social media class is in development by Hofstra journalism professor Kelly Fincham). But Quigley says it not only took several times as long to prepare as a traditional class, but he also found himself working 14- to 16-hour days to keep in touch with students, yet still missing face-to-face contact.

“It turned out to be a good experience and experiment,” said Quigley. “However, it took everything I had to teach it, and then some. Online is part of the near future in education, and I welcome change. But people need to realize that to do this right, we’ll need to put in a lot of effort to be sure it’s a quality product. In order to do that, it’s going to take a lot of resources (time) from faculty.” Quigley added that after returning to teach the course in a classroom this past fall, he has decided to move it back online permanently beginning this spring.

This past fall, American University launched its own entrepreneurial journalism degree program, in the wake of the nation’s first such degree at CUNY’s Graduate School of Journalism (where I teach).

Plus, Newhouse School of Public Communications at Syracuse University, which piloted a new media entrepreneurship course in 2011 and opened a Center for Digital Entrepreneurship, has been touting the win of the top entrepreneurial startup prize among 650 entries at the “SXSW Interactive Festival” by BrandYourself.com, a startup spun out of the school.

Web-based tools have made the creation of interactive graphics simpler and simpler over the last few years. And increasingly, these advances are finding their way into the hands of student journalists.

Boston University’s Michelle Johnson, for instance, put some of the new tools to work with students covering the Online News Association annual gathering this past September in San Francisco.

Using Easel.ly, a theme-based drag-and-drop graphics tool, the student reporters created an ONA by the numbers graphic. A similar infographic and chart creation tool, Infogr.am, was used by them to create an interaction illustration of diversity in conference attendance. And Thinglink, a tool to create hot-spot graphics, was used in the student newsroom to produce an interactive illustration of the top skills needed by new journalists.

“Making the ability to build infographics more accessible to all journalists seems like a trend that is taking hold,” noted Michael Humphrey, who teaches reporting, online writing and writing for non-journalists at Colorado State University. “From Mozilla’s Popcorn Maker to Easel.ly and PiktoChart — it seems easier for non-designers to create very “readable” graphics that help augment (or just tell) the story.”

As news consumption moves inexorably to mobile platforms, more J-schools are paying attention. Some are offering new mobile journalism courses focused on either mobile newsgathering or mobile platform design, whether at Mizzou, Berkeley or CUNY J-School, which this spring is launching a mobile news design and production class with David Ho, editor of mobile, tablets and emerging technology at the Wall Street Journal.

And it’s not just about apps. WordPress-based sites like Berkeley’s [email protected] or CUNY J-School’s New York City News Service or Voices of New York, have also focused on implementing so-called “responsive” designs that can accommodate whatever platform their content is delivered to, including mobile phones and tables.

Some have their sights set on the bigger picture on mobile — at the University of Nebraska-Lincoln, Gary Kebbel, former journalism program director at the Knight Foundation, and now professor and academic entrepreneur, has been tasked with founding a new Center for Mobile Media there. Kebbel says its aim is to support cross-disciplinary research and projects for using mobile devices to spread news, information and commerce.