Magazine Writers Are Slow to Take Up Multimedia 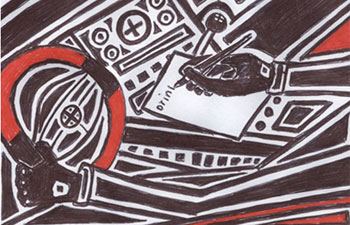 An ideal pitch for a magazine story today would seem to require great possibilities for text and for multimedia. Freelance magazine writers, one would think, would be honing their multimedia skills so they could pitch well-rounded stories to editors who could feature them in print, on the web and on an iPad or mobile device.

Surprisingly, though, freelance magazine writers don’t seem to be encountering those demands, at least not yet — even as their work becomes more critical to a stripped-down, minimally staffed magazine industry.

"Text is the least bandwidth-intensive way to communicate complex experiences to the reader." - Steve Silberman

The fact that magazines are relying more heavily on freelancers but aren’t engaging them in discussions of how their work could best be used online might raise concerns about the slow adaptation of the industry to the digital age. Or, it might reflect a reasonable and gradual movement toward online formats that is appropriate for magazines’ audiences today. In the meantime, even the text of freelancers’ work may also be changing in more subtle ways that most readers might not detect.

The freelancers I interviewed all said that they had only rarely been asked to provide multimedia components, or even ideas for them, alongside their stories. Their conversations with editors rarely involved the development of multimedia concepts with the story.

“On the level of thinking through a story and planning it from the beginning, I’ve never had anyone say, let’s think about the web, let’s think about handheld. We’re not there yet,” said John Bowe, a contributing writer to the New York Times Magazine and author of the book “Us: Americans Talk About Love.”

For most magazines, “text remains the vehicle that pays for everything else, in the kind of journalism that I do,” said Michael Fitzgerald, who has written for the Economist, Fast Company, the New York Times, and other publications. “Doing multimedia stuff isn’t a priority at a lot of places … I just finished a story that would have been perfect for that kind of thing, and it never came up. I’m speculating that complete lack of margin is driving that lack of interest, or editors don’t have time to think of that kind of thing.”

The data support Fitzgerald’s conclusion. Magazines aren’t making much money from online or multimedia. The 2010 State of the News Media report from the Project for Excellence in Journalism reports that only 3.1 percent of consumer magazines’ revenue in 2009 came from online and mobile outlets. That number is projected to grow to only 6.9 percent by 2013.

Given what may be a small and slow return on investment in multimedia, perhaps magazines are simply delaying their involvement of freelancers in multimedia projects.

“I don’t think that position from the mainstream magazines is entirely slow,” said Bowe. “The audience is a mix of older and younger people, and older people are still reading the paper edition. When the preponderant weight of the audience is wanting [multimedia], they’ll get it. It’s a little early in the game to get all of that.”

For the freelancers I interviewed, this situation is just fine. They feel most comfortable working with text, not multimedia, and so they are happy to focus on reporting and writing and not seek additional multimedia skills. They also note that multimedia production for their magazine projects would be time-consuming and not especially financially rewarding for them, either.

Elizabeth Royte, a freelance writer who covers science and the environment for national publications and is the author of two books, said that although she’s had magazine editors ask her to “keep an eye out” for good multimedia opportunities or additional web content while reporting, she hasn’t been asked to produce or contribute to these projects herself.

“Well-established magazines like the New York Times [Magazine] have tons of people” on staff who specifically work on multimedia, she said, so freelancers aren’t really asked to get involved.

At the core of their work, these freelancers believe, is still their ability to tell a good story with words. Text alone still communicates powerfully without a lot of additional multimedia.

“People want to be guided by a good storyteller. They don’t want to work hard” by exploring complex multimedia, Bowe said. “There’s no one so smart that sometimes they don’t want to just sit there and watch the dumb Hollywood movie. Sometimes they just want the basic experience without all these goddamn widgets.”

However, working primarily with text doesn’t mean these writers are unaffected by the fact that their work will probably end up on the web at some point.

Bowe said he feels writing destined for online formats needs “a different tone — hotter, quirkier, more intense,” in order to grab readers’ attention within what he calls “the essential boringness of the medium.”

Steve Silberman, a longtime contributor to Wired and other national magazines, argued that the changes over time in magazine feature writing go beyond tone, in part because of the web.

“The standard of magazine feature writing used to be New Yorker features,” he said. “However, New Yorker features used to be much longer than they are now. And for many younger people, that kind of feature writing — that delayed nut graph until the second page of the story — it’s hard to pull off in a web-based environment. People want to know what the story’s going to be about in the first paragraph, and they decide if they’re going to tweet it before they even finish reading it.”

These changes in the audience’s reading habits, Silberman said, have combined with a cultural shift — spurred in part by cable news and talk radio — to push feature writing toward a “quicker payoff, less nuance, and more controversy.”

“People want easy polarities and dichotomies to choose between,” he said. “I have felt pressure to make my stories more simplistic, to come down hard on one side of a question or the other.”

Is It Time to Innovate Yet?

Today’s magazine freelancers don’t yet seem to feel the need to bring multimedia into their skill set and workflow. Editors aren’t demanding it — yet — as magazines focus primarily on recovering from the economic blows they’ve suffered and less on innovating for the future. Whether this focus will be shortsighted in the long run remains to be seen.

Should magazines move away from print and into digital more aggressively, however, freelancers may find themselves increasingly called upon to be involved in multimedia development. For now, though, the focus is still on text.

“Text is the least bandwidth-intensive way to communicate complex experiences to the reader,” says Silberman. “Text is always going to be with us because it’s highly efficient. It employs the reader’s own multimedia capabilities.”

8 responses to “Magazine Writers Are Slow to Take Up Multimedia”