What’s Ahead for Media in 2018: AI, Blockchain and Billionaires vs. Journalism 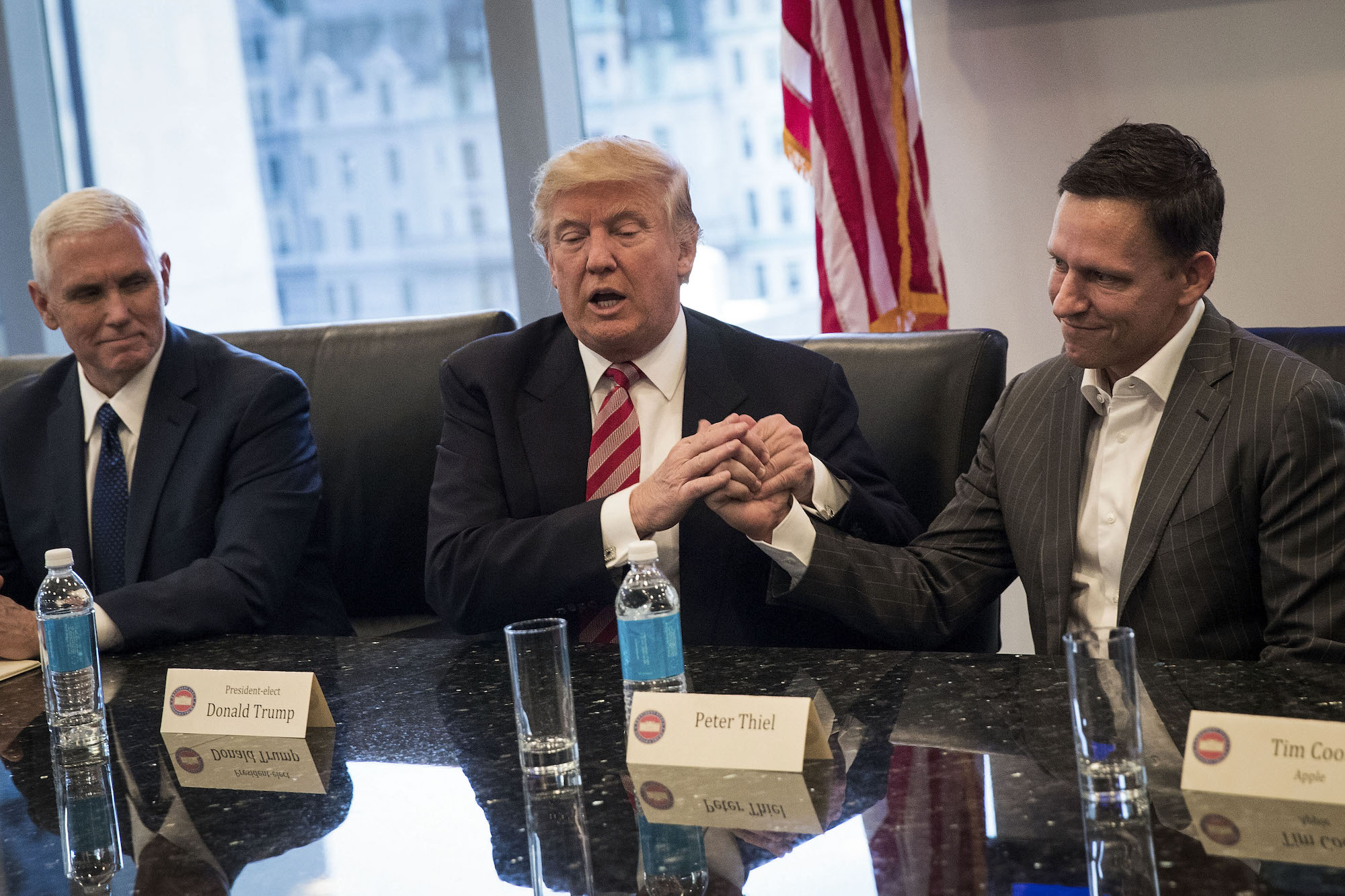 It’s time to ignore the warning that past results are no guarantee of future success, stick a wet finger into the cold winter wind and make some 2018 predictions. (Here my predictions for 2017, if you’d like to evaluate my previous performance.)

This year, I’m predicting more uptake of AI and the blockchain for media, some business turmoil, and more battles with the duopoly (need we say who that is?).

In late 2017, it seemed that every media conference had a session about artificial intelligence, how it would boost media’s revenues, trustworthiness, curation and maybe even editorial capabilities.

AI, she said, was being used to help advertisers earn more revenue, to place more relevant ads, and to improve people’s news feeds by better serving them the content they want. Facebook, she said, is working with “algorithms that can sense the world and automatically adapt.”

Others are experimenting with AI to help curate media, predict upcoming hot topics, inspect video and photos for objectionable content.

Some are using AI to help mimic human interaction in chatbots and apps, including Betaworks, according to CEO John Borthwick.

“A startup we’ve backed called Hugging Face is an app designed for kids and teens who want to have an experience with pet AI,” Borthwick said at a NYC Media Lab gathering. “People know they’re talking to a machine but they’re having a social companion-like experience.”

Artificial intelligence: a pupil attends a lesson in robotics at the IT Lyceum in Kazan, Russia (Photo by Yegor AleyevTASS via Getty Images)

The number of explanatory articles on blockchain — such as “Four Ways Blockchain Will Transform Marketing and Advertising” (Forbes) or “27 Ways Marketers Can Use Blockchain” (AdAge, by my friend David Berkowitz) — that appeared last year are a sure sign we’ll be seeing more of it.

Blockchain can be used to increase the level of trust in an advertising supply chain currently rife with fraud. A secure, blockchain-generated code exchanged between ad buyer and publisher can give assurance that an ad is appearing as promised on the page said to be receiving it. It can also be used to help confirm users’ identities, share data with them and help verify that reported metrics bear a semblance to reality.

“By 2019, I think that at least 20 percent of payments by [advertising] agencies are going to be stored in some sort of encrypted ledger, a.k.a. blockchain,” says Kyle Csik, managing partner at GroupM, the world’s largest media buying company (and, full disclosure, a Teeming Media client).

Blockchain can be used for micropayments, to verify subscriptions, to help verify identities (you listening Twitter, Facebook, WeChat, et al?) — anything that requires verification that relies on an unbreakable, encrypted network.

A caveat: when it comes to blockchain and AI, it’s important to remember that the hype machines will be in full swing. Some folks will walk the walk, but others will be just talking. Keep your thinking cap on.

2017 saw some important business realignments, and in 2018 we’ll see more of the same, with media hunting for revenue models that can sustain their operations, and mergers and acquisitions as the more solvent players look to pick up skills and capabilities.

In the hunt for revenue, media companies will continue to try subscription models. They’ll play with new ad models, too. Vox and Buzzfeed took on programmatic advertising in 2017, after eschewing the technology for years. Buzzfeed also moved away from sponsored content, laying off about 100 people who helped produce it.

Layoffs also came to a “handful” of people at Complex and still more at mic.com, MTV, Fox Sports and Mashable. Former Gawker Media employees are taking a stab at buying their former flagship, gawker.com, but with 11 days to go, the crowdfunding initiative had raised less than $85,000 of the $500,000 goal.

We can expect more acquisitions. Lower tax rates will mean more cash for companies — including the duopoly, Apple, Amazon and Microsoft — that will have the funds to grow, and gain technologies and expertise through acquisition, as did Verizon, Capitol Broadcasting, Time Warner and Tribune Media in 2017.

Many of the companies who laid off staff cited a “pivot to video” as a key reason. They want to capture the almighty video advertising dollar, which is many multiples above what display ads in typical text-based web pages can command.

But with Buzzfeed reconfiguring, Mashable acquired by Ziff Davis at a price well below previously reported valuations, and more video from more publishers coming on line (hence driving down prices), what had been a gold rush should return to a more rational effort to give audiences more of what they want, rather that what advertisers demand.

It’s been a big year for Amazon’s Echo and the Google Home lines of voice-activated devices. Amazon — which controls more than 70 percent of the market — claimed that “tens of millions” of devices were sold over Christmas, and Amazon Alexa was reported as the most downloaded app on Christmas Day.

Media companies have been incorporating their programing into both devices. Say “Play NPR,” for example, and either device will play a nearby public radio station, or “Play The Daily Show” to hear a clip of host Trevor Noah.

EMarketer predicts 35.6 million Americans will have used voice activated devices in 2017, up 129 percent over the previous year.

(I explored the issue at some length in last year’s column.)

The Rich and Powerful Affecting Freedom of Speech

As a former editor, reporter and foreign correspondent with friends and colleagues who have literally died on the job, I’m afraid we’ll see further attacks on reporting that those in power don’t like.

Gawker was brought to bankruptcy by Silicon Valley investor Peter Thiel’s support of a Hulk Hogan lawsuit against them.

Shiva Ayyadurai promised to appeal a judge’s ruling that he couldn’t sue TechDirt for saying he didn’t invent email.

Keeper Security filed a suit against Ars Technica and its reporter Dan Goodin, who wrote about a reported security flaw in Keeper’s software.

I am afraid we might also see the Trump administration or its supporters move to punish journalists who create what the president terms “fake news” — not just continued Twitter attacks and moves against leakers, but rather legal actions, either civil or criminal.