How the New Non-Profit Investigative Outlet Tarbell.org Aims to Cover Money in Politics 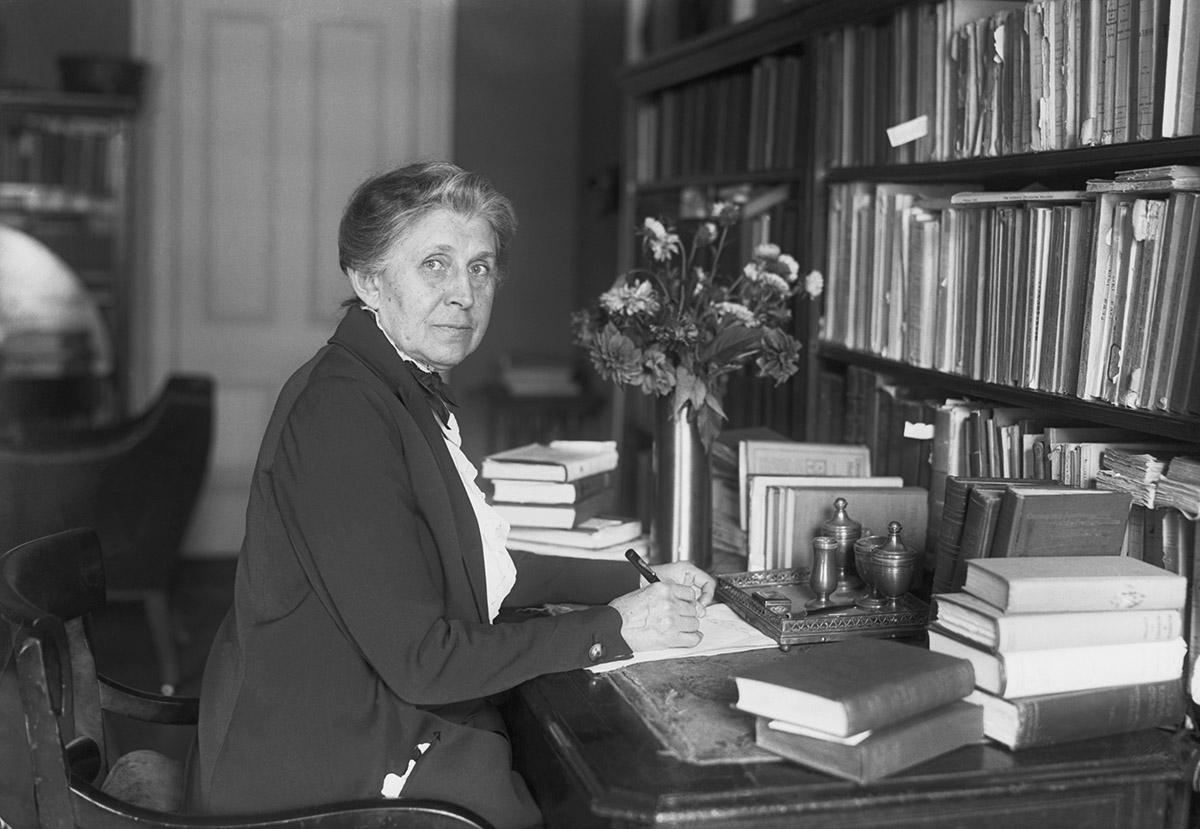 Ida M. Tarbell at her desk. Photo via Bettmann on Getty.

Wendell Potter is perhaps best known for blowing the whistle on the tactics for-profit health care corporations take to protect their bottom line, after he himself worked many years as a health care executive. Potter, who worked as a reporter prior to his career in health care, is starting a new endeavor: a non-profit investigative journalism outlet called Tarbell.

The goal of Tarbell, named for muckraker Ida Tarbell, is to shine a light on the way corporations influence American politics and public opinion. (Full disclosure: MediaShift executive director Mark Glaser is on the advisory board of Tarbell.)

"We can begin publishing with support from prospective readers and not solely depend on foundations that have been the main support for non-profit journalism." – Wendell Potter

Tarbell seeks to be entirely reader-funded in the future, but is taking some money from foundations. To launch, the startup is in the midst of a crowdfunding campaign that offers membership tiers with different benefits to supporters. At press time, they were 35% funded, with 1233 funders from 50 states, with 16 days left. Tarbell will be based in Philadelphia, where Potter envisions a staff of about 10 people as well as contributing freelancers around the country.

We asked Potter some questions to learn more about his plans for Tarbell. The interview is edited for length and clarity.

Tell us about more about your aims for Tarbell.

Why have you chosen a crowdfunding model?

Potter: We chose crowdfunding because we ultimately want to get to the point of being entirely reader-funded. That’s a lofty goal. But we don’t want to start as an organization that accepts advertising. That can be a conflict of interest. We don’t want to have any pressure from advertisers or to know the advertising might go away if we were to take on a given issue. We also want to demonstrate that this can be done. We can begin publishing with support from prospective readers and not solely depend on foundations that have been the main support for non-profit journalism. We know it can work. It hasn’t been attempted very much in this country. But there are examples of where it’s been successful in Europe. Those organizations that have launched with crowdfunding are thriving and continue to grow.

How much money are you trying to raise in advance of the launch?

Potter: We ultimately would like to raise $1 million. That’s quite ambitious. We may not raise it all through crowdfunding, but would like to get as close as we possibly can. We’re well on our way. It’s a 30-day campaign, but this will be an ongoing thing.

How do you foresee members participating in the reporting process?

Potter: We want to have sessions – and they could range from Facebook Live to webinars or other means of interactivity – with our reporters and members. We want reporters to engage with audiences and let them know what he or she may be working on and get story ideas. We can’t assume we’ll know everything our readers will be interested in. And we hope to get story ideas and recommendations on subject matter experts. Members themselves may have stories to tell. We want to have ongoing dialogue with our members.

Tarbell.org’s home page shows the progress on its crowdfunding efforts

How do you see solutions journalism fitting into Tarbell’s mission?

Potter: We want to make sure people understand that our problems are not intractable. One of the reasons I want to have equal emphasis on solutions is, I think a lot of investigative reporting reinforces peoples’ cynicism and sense of despair that everything is terrible and there’s no hope. But that’s not true. Problems can be solved.

There are ways that we can, as a society, do things even without legislation – whether it’s climate change or health care. But we also want to highlight what’s going on that people might not be aware of. I’m not talking about happy news. But what’s going on with the private sector of health care that’s helping people get access to needed quality care. Or the work that’s being done to remove costs from the healthcare system to improve quality, maybe in an individual setting in a health center. We want to make an impact on individuals and communities. We also want to look abroad. There’s not a lot of coverage about what other countries are doing, and there’s little understanding about how healthcare systems abroad work.

You used to work in newspapers and then you were a healthcare executive. Can you talk about how your personal experiences led you to Tarbell?

Potter: I loved my first career as a journalist. I was lucky too – I worked as a general assignment reporter, a political reporter and a business reporter. I covered state governments, the federal government, worked as a reporter in Washington in the White House. That was my first love. I was lured into public relations because public relations pays more than journalism. I’ve joked that during the time in my career spent working for big insurance companies I was really working under cover. I learned a lot. It was an invaluable experience.

I know how special interests and corporations are able to influence public opinion in ways the public isn’t aware. That influences how elections go and how politicians think and vote. I want to share that understanding with people so they can see and understand how things got to be the way they are. I want the public to be more discerning and hopefully less gullible by having information and understanding about how this takes place. I think connecting the dots is extraordinarily important.

There have been other crowdfunded journalistic ventures in the United States that have ultimately failed. Does that concern you? And how will you be different?

Potter: We’re not putting all of our eggs in the crowdfunding basket. But we do want to demonstrate that we have a community of readers. Very early on, we had over 1,000 donors in every state in the country. I think that there are a lot of other funders out there who support non-profit journalism who want to support organizations that are showing there is another revenue stream, and that they’re working on this and have been thinking this through and doing their best to develop it.

One problem even non-profit journalism organizations who have not done crowdfunding have is that the big donations from the reliable sources have a time limit on their grants. They want media organizations to demonstrate they do have a plan of sustainability after the grant expires. That’s what we want to do to show that this is viable and show we can eventually get to the point of being reader-funded.

Are there other challenges you anticipate?

Potter: When you’re running a non-profit, there’s always the challenge of raising money – it’s a constant effort. I knew that going into this. I think another challenge will be also helping people understand that we can have a media organization that is not affiliated with the left or the right. We can produce news and information that is seen as credible by everybody. We’re not going to be producing just for people who live on the East Coast or West Coast. That’s not a challenge, but it’s something we have to be mindful of.

One response to “How the New Non-Profit Investigative Outlet Tarbell.org Aims to Cover Money in Politics”