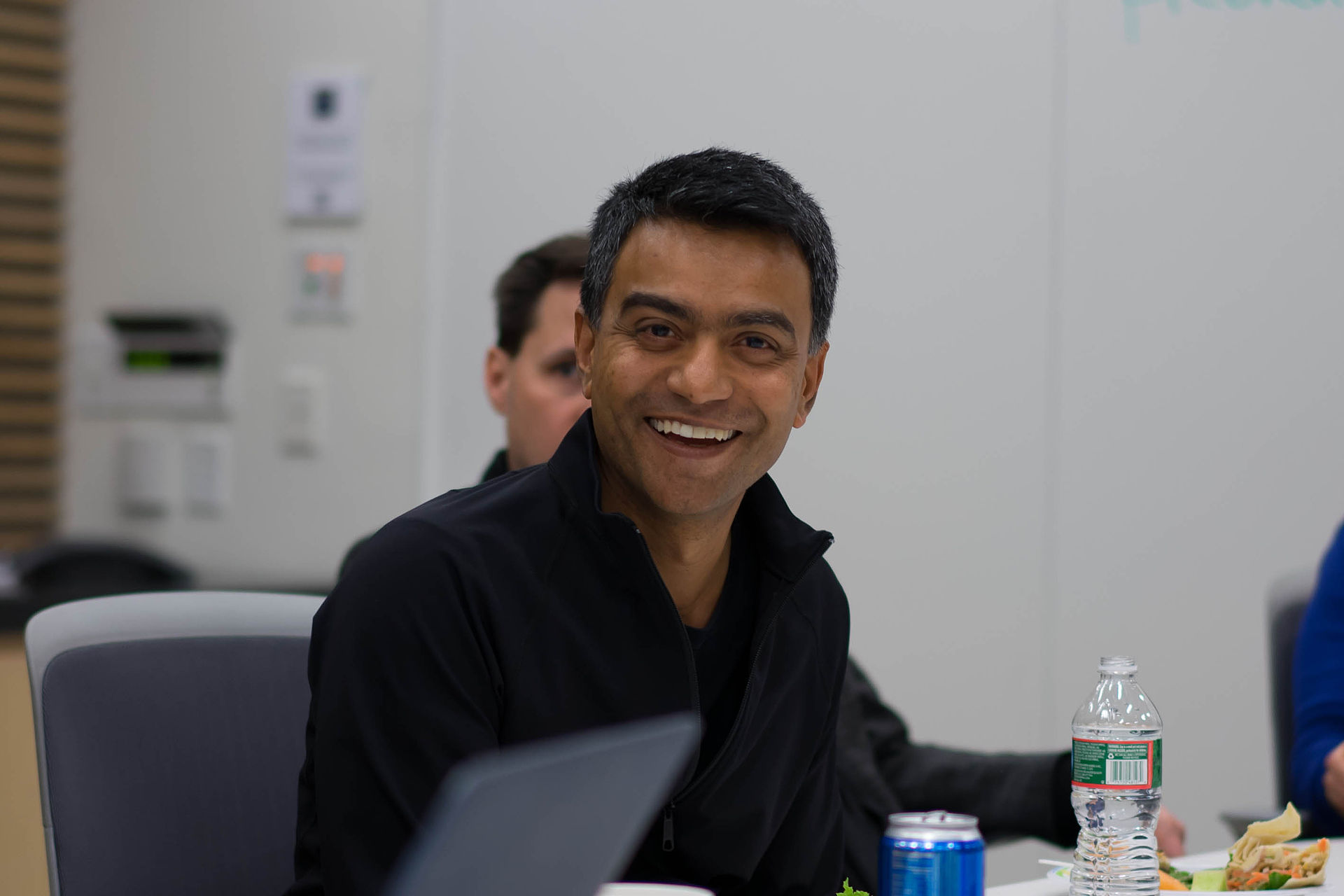 Deb Roy, co-founder of social venture Cortico, joins the MediaShift podcast to discuss his work to improve trust in media.

In the news this week, many publishers have been pivoting to video, but they’ve also lost a lot of traffic to their websites. Did they go too far? And Twitter is testing out doubling the size of tweets to 280 characters, and users are upset that Trump might get a  super-sized megaphone. The Knight Foundation puts $4.5 million into seven projects aiming to restore trust in media, and convenes an all-star Commission in Trust, Media and Democracy. Can they make a difference? Our Metric of the Week is Audience Shrinkage, and Mark speaks with Deb Roy, co-founder of social venture Cortico and Chief Scientist at Twitter, to talk about his efforts to use AI and analytics to create healthier public discourse. All on this week’s MediaShift Podcast!

"There's a lot of potential for leveraging technologies...to tune into signals that may allow an otherwise under-resourced newsroom or journalist to get a sense of what local concerns are.” - Deb Roy on working at Cortico

Deb Roy is Director of the MIT Media Lab’s Laboratory for Social Machines. He’s an Associate Professor at MIT, co-founder of social venture Cortico, and Chief Media Scientist of Twitter. He leads research at MIT at the intersection of human and machine communication, advises tech startups, and serves on the World Economic Forum’s Global Future Council on Artificial Intelligence and Robotics.

All Pivots to Video Are Not Created Equal

Many publishers have made big “pivots to video,” slashing editorial staff and hiring video staff in an effort to capture more video advertising. But some of them have had to deal with difficult drops in traffic after those pivots. In less than two years, Mic lost 15 million unique visitors per month after pivoting, according to comScore numbers. FoxSports.com may have lost 88% of its web traffic after a similar pivot, according to Awful Announcing. And Vocativ lost 3.8 million unique visitors in a year. Digital media strategist Heidi Moore writes in CJR that the cautionary tale for Mic could help save online journalism — if others learn the lesson. She gives four reasons why she thinks the pivot has failed: faulty metrics, too much trust in distribution platforms, low-quality production and an inability to turn video views into ad dollars.

But the reason many publishers pivot to video isn’t to get more pageviews but to bring in more ad revenues via video ads — which pay more than typical banner ads. And yet, BuzzFeed and Vox have started running programmatic banner ads after betting the house on native ads, which were difficult to scale. Both of them have seen better results in pivoting to video, likely because they put more investment into video quality. BuzzFeed’s Shani Hilton wrote that they’ve had success in their integration of video into entertainment and news content. She said that BuzzFeed approached adding video with two things in mind: “We only marry text and video when it makes sense, and we use reporting for both.” Mashable also made news by laying off staff and pivoting to video, and while traffic has gone down, they say that revenues were up 36%. The Wall Street Journal reports that Mashable might be sold to a German broadcaster or to Viacom. In the end, all pivots to video are not created equal.

So how did Twitter users react to the news? Most of them hated the idea of people writing longer tweets, and appreciate the brevity of the service. As one user said: “I truly hope the company is spending as much time on combatting racism, harassment, and bots as it is on this. It doesn’t seem like it.” And the big incentive for Twitter is to get more people tweeting more. User growth has slowed, and the company’s stock has swooned. It’s a risk to move away from what made Twitter so great, but it’s a company that needs to take risks. But Curtis Silver wrote on Forbes that the move was another nail in the coffin for conversation. He wrote that “Either through our lack of rational discourse, reactionary nature, hate speech, trolling, inability to research and inflammatory posting — conversation is dying. This is just another can of kerosene on the flame.”

The Knight Foundation Puts $4.5 Million into Projects to Restore Trust in the Media

Let’s face it, there’s a deep lack of trust in the media. There are a lot of reasons for this: we (the media) make mistakes, people consume personalized news feeds, there’s a fractured media landscape, and people are susceptible to misinformation. But the Knight Foundation is trying to turn the tide by giving out $4.5 million to projects that address the issue of declining trust in media. About half of funds will go toward seven different organizations, among them Duke University’s Reporter’s Lab, First Draft News and the AP, each addressing the issue in a different way. Cortico, for example, will be a new platform that will help news organizations to “surface and tell stories that resonate across this fragmented landscape.”

The rest of the money will be used to assemble and support a new Knight Commission on Trust, Media and Democracy, run by the Aspen Institute, which includes wide-ranging notables such as Kickstarter’s Perry Chen, Google’s Richard Gingras and NewsMax CEO Chris Ruddy. With $2 million in funding, the Commission will meet next month at the New York Public Library, and convene more times throughout the next year. Knight Foundation president for journalism Jennifer Preston said that “One of the hopes is that the commission will help inform policy decisions, funding decisions, grant-making decisions — and inform the public about what might be potential solutions to address the falling trust in our society in major democratic institutions.” It’s a worthy goal, and a big investment of money, but hopefully the public will also buy into the idea of restoring trust in institutions they can barely tolerate.

– The Washington Post now has more than 1 million digital subscriptions.

– Two public media execs are studying the possible effects that self-driving cars might have on radio listening.

– The Financial Times uncovers a vast network of ad fraud that costs the publisher $1.3 million a month.