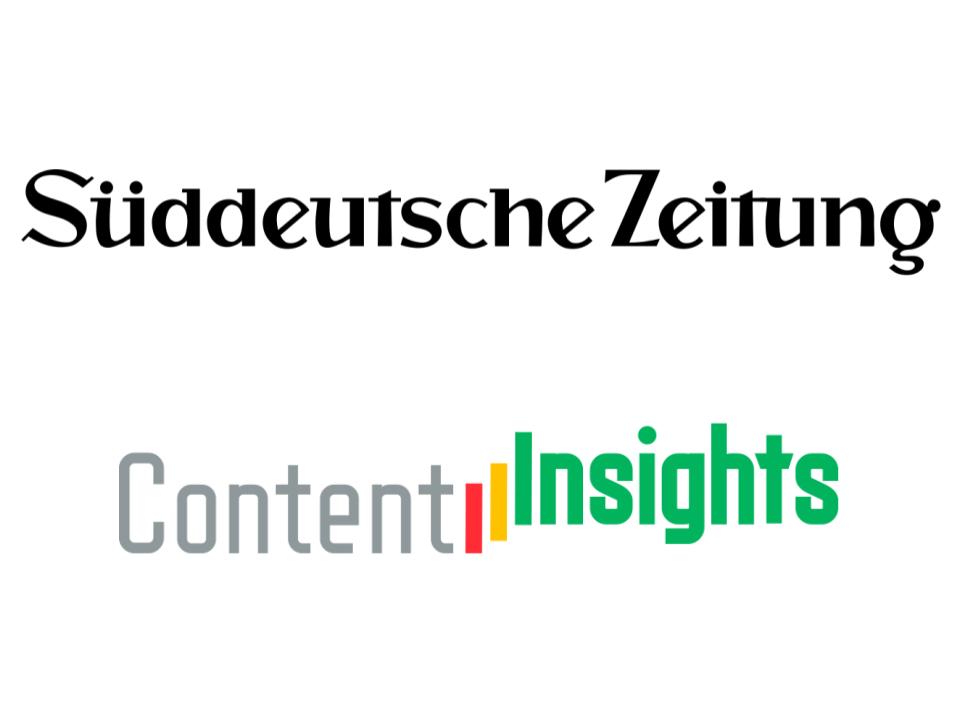 In a quest to gain a better understanding of its potential readers and their expectations, German daily newspaper Süddeutsche Zeitung (SZ) has enlisted the aid of Bulgarian analytics startup Content Insights.

Süddeutsche Zeitung’s head of digital Stefan Plöchinger said the paper had been thinking last summer about creating a tool in-house when the Serbia-based media startup approached them with what Plöchinger called “intuitive UI and clever technology.”

“Content Insights is looking like a good indicator for stickiness of journalistic products,” Plöchinger told me over email. “If that assumption proves true, it would be the biggest benefit.”

After a half-year of talks and testing, Content Insights (CI) now provides SZ with so-called editorial analytics — scored metrics tailored to newsrooms’ particular editorial and organizational priorities. These metrics look at the relationships between different signals including reader behavior, rank them according to their importance and interpret hints those signals provide. (Read this MediaShift article for more information about editorial analytics and their use.)

With a circulation of 350,000, the 72-year-old Süddeutsche Zeitung is Germany’s largest daily newspaper. Its internet news portal, SZ.de, reaches more than nine million unique users per month. SZ is known internationally for its publication of the Panama Papers in April 2016 in partnership with the International Consortium of Investigative Journalists.

“CPI is about learning from your content and understanding what the audience cares about so that editors can make informed editorial decisions,” co-founder and CEO Dejan Nikolić said.

Editorial analytics tools are slowly finding their way into more newsrooms, with big publishers including The New York Times, Financial Times, The Guardian, German daily Die Welt and now SZ leading the way. According to a 2016 Reuters Institute study, however, the systematic analysis of quantitative data is still relatively uncommon, especially among smaller publications.

According to Nikolić, SZ is the biggest of the 41 newsrooms in 23 countries currently using Content Insights’ services. The media entrepreneur wouldn’t disclose CI’s annual revenue but said in the last two quarters, his four-year-old startup has been growing at more than 30 percent month over month.

Screengrab from SZ’s website on February 16th with permission of SZ.

The agreement with SZ, according to Nikolić, goes beyond CI’s standard SaaS subscription model. It includes, among other things, consulting on how to “build a framework” to apply lessons from content performance evaluation to SZ’s editorial decisions.

“One of the biggest challenges we are seeing and indeed facing in the industry,” Nikolić wrote in an email, “is how to actually implement the insights and conclusions into newsrooms’ everyday work.”

Doubling Down on What Works

Before adding CPI to its portfolio of analytics tools, according to Plöchinger, SZ mostly measured pageviews and visits and looked at Chartbeat’s engagement metrics. SZ editors will also use Google Analytics to track live data of active users. For the moment, Plöchinger added, the priority is “clicks and nothing else,” although “exposure will get less prioritized in the future.”

Plöchinger hopes the changes will boost SZ’s digital subscription business SZ Plus, already among Germany’s most successful with more than 50,000 digital subscribers. The ability to prioritize business objectives that reflect editorial goals by changing how the algorithm ranks metrics, social signals and the relation between them should also help, he noted.

“CPI is trying to make our journalism better … by mashing metrics up in a simple, understandable way,” Plöchinger said.

SZ’s focus on growing its number of digital subscriptions comes as many other legacy media are doubling down on their subscription businesses, taking advantage of growing demand since the election of President Donald Trump in November. The New York Times alone, which last week announced a partnership with Spotify, added more than a quarter-million new digital subscribers last quarter.

Plöchinger, who joined SZ six years ago, also hopes editors’ access to CPI data will give them “actionable insights” into content performance, such as overperforming topics or headlines that don’t resonate with readers.

“We will get rid of our old daily and monthly reporting tool,” Plöchinger said. A dashboard with real-time data from Chartbeat and Google Analytics will remain.

However, SZ won’t evaluate editors and reporters based on how CPI data say their content performs, according to Plöchinger.

“Our main focus is that CPI gives us a better understanding of our (potential) readers and their expectations than the normal metrics do,” he said.

Plöchinger stressed SZ wants to be a data-informed rather than a data-driven company.

“In the end, it’s always journalistic values that count, not metrics that only serve the purpose of getting a rough picture of success with readers,” he said.

As for Content Insights, Nikolić said he’s currently in the process of closing a round of investment after having raised $1.12 million last March. This “Series A part 2,” as he called it, is to help scale and serve a growing number of customers. Also planned are improvements in measuring engagement and loyalty among readers.

“We are planning two big releases this year addressing video insights, organizing insights around readers’ behavior as well as customizable reports,” he said.