Yes, Virtual Reality and 360 Video Are Relevant. Here’s Why. 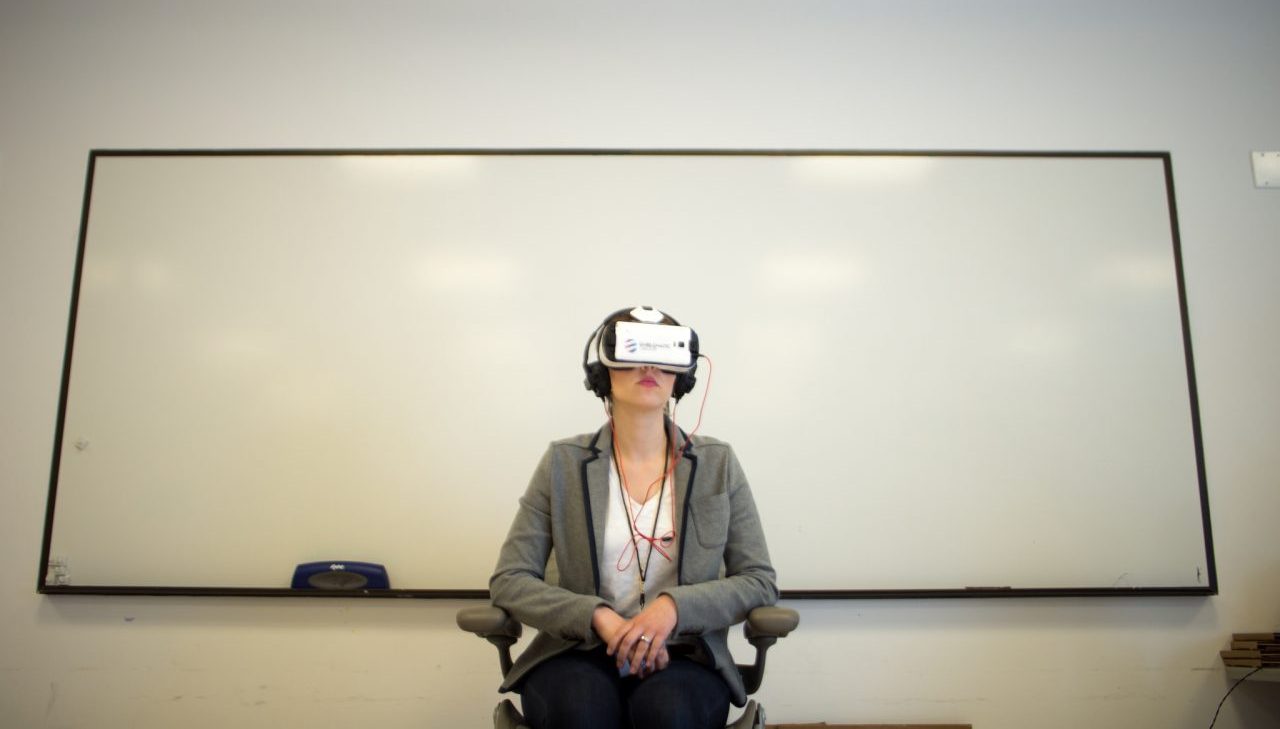 This guest post comes from WVU Reed College of Media Lecturer, and Multimedia Specialist, David Smith and is cross posted with permission.

Why is VR relevant? Because Taco Bell is in the VR business. Well, not EXACTLY, but it was giving away limited edition PlayStation VR headsets last month to a few lucky winners who bought a “$5 Box.” Don’t forget to wipe your hands before picking up those cool light-up controllers.

But so we can really understand why it’s relevant, let’s back up a bit. What – exactly – do we mean when we say virtual reality? You can go check out the Wikipedia page if you want a more extensive description, but to me it means: a computer-generated environment that you can interact with and move around in using some kind of hardware. In other words, you put on a VR headset and headphones, turn on your first-person game and immediately become immersed in another world while sitting in your living room.

That’s what’s so powerful about the medium of virtual reality – it can transport you to another world, or simply another place in this world, and make you feel like you’re present and experiencing things you may never get the opportunity to experience in real life.

As a journalist, I think that kind of presence makes VR a relevant, powerful and transformational new medium for storytelling. We try every day to help viewers understand what’s happening in the world around them. And we use every tool available – words, pictures, moving pictures, animated pictures, even (pretty soon) round pictures. But there’s a barrier to experiencing reality when you’re looking at something on a flat screen. What better way to show them the reality of the devastation in Syria or even surfing in the Arctic Circle than to make them feel as if they’re in that place?

I’ve been a little loose with the term “virtual reality.” Just to be clear, there IS a difference between virtual reality and 360-degree video. They’re both often viewed in a VR headset and can make you feel transported to a different location, so they can both be called “immersive storytelling.” However, in VR the viewer usually has control of the scene and controls how they interact with the environment. Imagine putting on a headset and moving around inside Minecraft, or even a refugee camp.

Although 360-degree video is often viewed on a VR headset, it’s not really virtual reality. A 360-degree video usually has a beginning, middle and end just like any other traditional video. Go back to those 360-degree videos from Syria and the Arctic Circle. Notice that you can’t move around in the scene – you’re stuck in one place. I think this simple GIF does a good job of showing the difference.

Virtual reality and 360-degree video are just two more tools in our storytelling tool box. But why choose those tools instead of just using still photos, or a well-produced video?

There are multiple ways to tell every story, and VR and 360-degree aren’t always going to be the best tool for every story. Generally, it’s best for stories about places and experiences. where we want people to understand what it feels like to be in a specific place at a specific time. It can also help us inspire viewers to feel empathy for others.

And if you’re a storyteller who’s trying to compete with an overabundance of content demanding viewers’ attention (not to mention the problem of shortening attention spans), you may want to turn to VR and 360 video. Immersive storytelling is by definition a great tool for grabbing an audience and “hacking into their brain” so they can experience another world.

The technology is quickly becoming cheaper, and although the sales of high-end (expensive!) headsets like the Oculus Rift and HTC Vive have slowed down, the release of the PlayStation VR and the arrival of cheaper, phone driven headsets like the Google Daydream View and Samsung Gear VR looks promising. And Taco Bell’s giveaway is just another example of VR becoming mainstream.

If you’re a journalist, videographer or cinematographer interested in telling a story using 360-degree video, now is the time to start. And it’s much simpler to produce a 360-degree video than to design an entire virtual reality world using a game-designing platform, and cameras are getting cheaper and easier to use.

For now, we’re still early in the adoption of VR and 360-degree video – news organizations, brands and nonprofits are just starting to experiment with the technology. And most 360-degree video isn’t viewed on a headset. It’s viewed in Facebook feeds and on Youtube. But within a few years VR will be a fully-formed medium with hundreds of millions of users, and any early adopters who understand immersive storytelling will be in high demand. We’re quickly moving past VR being viewed as just a fad for gamers.

Here at the Reed College of Media, we’re looking forward to that future and preparing for the widespread adoption of VR by experimenting with 360-degree video and immersive storytelling. We’ve produced several 360 videos – musical performances, WVU basketball games and even a weather balloon flight (where we tested the environmental limits of 360 camera technology). Last Spring, we produced a 360-degree video about the aftermath of flooding in Southern West Virginia, which is currently on display at the Newseum as one of the Top 10 VR Videos of the Month.

Keep an eye out for more immersive storytelling from us, and buy a headset if you don’t have one already. Just keep the queso off the controllers.

David Smith is a senior lecturer at WVU Reed College of Media. He teaches in the visual journalism program and serves as a multimedia specialist for the College’s communications team. Before coming to WVU, Smith worked as a freelance photographer in Columbus, Ohio, and Morgantown, W.Va. He also worked at the Fayetteville Observer in Fayetteville, N.C., where he was twice the North Carolina Press Photographers Association Clip Photographer of the Year; and The Gadsden Times in Gadsden, Ala., where he was the 2001 Associated Press Managing Editors Association Photographer of the Year.