The (Viral) Ripple Effect of Ripping Off Journalism 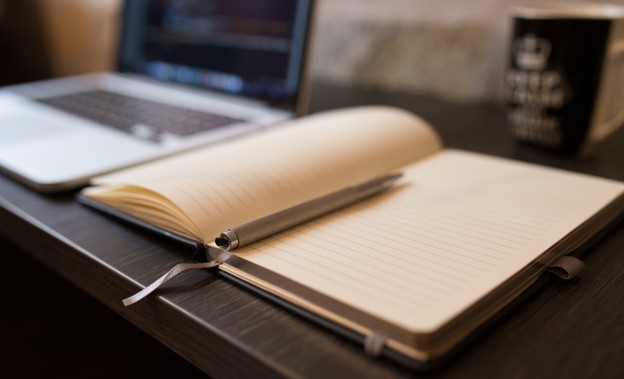 If you’d been strolling past my office last Tuesday and happened to glance in through the window, you would have been greeted by an odd sight: me at my desk crying and eating slice after slice of my daughter’s pink-frosted birthday cake. Six slices in total.

In that moment, I was swamped with an immense feeling of fear and of powerlessness.

Two days earlier, I’d published a devastating investigation about mothers who sexually abuse their sons. It was the result of weeks of painstaking work – academic reading, long and difficult interviews, fact checking, legal advice, writing and re-writing and discussion with my editor.

Even more than usual, I was agonizingly careful. Those who have suffered trauma must be protected. This childhood abuse had ripped through the lives of Hamish and Ian, (not their real names) the two courageous men who went on the record with their stories.

In this process one moment stayed with me and still rings in my ears. I asked Hamish what went through his head during this period of his childhood. He simply couldn’t answer.

“[I’ve] spent most of my life trying to repress these thoughts and memories,” he told me after a long moment of silence, “I haven’t talked to anyone for 30 years about it.”

And yet Hamish talked to me. He trusted me with his story. Perhaps it’s idealistic to hold onto your ethics in this post-truth world. Personally though, I just can’t and won’t give up believing it’s an incredible privilege and responsibility to bear witness to the harrowing moments in a person’s life.

No such concerns dogged the publishers Mamamia, The Daily Mail or Unilad.

Within hours of my child sexual abuse story being posted online, ripoffs started emerging – with the bylines of other journalists posted on them. Mamamia took 900 words of my 1,900-word story.

The Daily Mail’s headline was not about the catastrophic impacts of child sexual abuse. It was about a 12-year-old boy having sex with his mother.

I’d promised Hamish and Ian their stories were safe with me. But they weren’t. After all their suffering, what impact would this have on them?

Not an isolated case

The Daily Mail’s rip off was the first one I came across. I shot off an enraged Tweet.

Why is #journalism dying? b/c @DailyMailAU rips of months of investigative work every time a freelancer like me publishes a story. Leeches! pic.twitter.com/Zn6dOyp4CI

By Tuesday – the day of eating all that cake – the issue was heating up. People were retweeting my tweet. Hoards of readers jumped onto Mamamia’s Facebook page to call out the plagiarism. Friends in the media and members of the public started to contact me on Facebook, Twitter and by phone.

Feeling worse not better, I penned heartfelt emails to two of the publishers outlining the consequences of their plagiarism. To me, it went far beyond stealing.

Another thought – one that had been bothering me for nearly two years – dogged me: How can I possibly continue with this work?

At the start of 2015 I was made redundant by Australia’s national public broadcaster, the ABC. (Just for clarity, this is nothing to do with the American commercial TV network that shares the same acronym).

As an interim measure, I started freelancing and loved it. After 13 years as a journalist, this was the chance to tell the stories that never get told

I began to write journalism investigations about and topics rarely spoken about in the mainstream media and immediately I noticed something.

As soon I published a major piece of journalism work, it would be ripped off by other media outlets. Sometimes this was almost instantaneous – like the time I spent six months convincing killer Anu Singh to talk to me about her crime and the meaning of justice. My interview was stolen the very same day.

Then there was the time I painstakingly researched why mothers were being discriminated against at work after having a second baby. Another freelancer stole the story and humiliatingly, I had to write and beg her to credit the source. (She eventually amended the article to credit the publisher, but not me).

When I wrote about an amazing young mother named Sarah Hocking, who survived a brain tumor but became blind, everyone under the sun plundered my article and Sarah’s blog too.

Plagiarism in journalism is common as muck. Until now it seemed to me that no one – except perhaps other journalists – cared about it. Study after study finds the public hates journalists.

This week I’ve learned an important lesson. The public certainly does care.

After some contemplation and numerous requests, I posted the email to Mamamia on my professional Facebook page. At the time of writing, this Facebook post had been seen by 177,485 people.

The website Mumbrella then published their own story about the chain of events. The plagiarism discussion exploded online and my Twitter handle starting trending across Australia. Media requests from overseas outlets started landing in my inbox.

The online conversation has been expansive and enlightening. Numerous freelance and salaried journalists have publicly declared this too had happened to them. Many have offered messages of support.

I echo this 1000 times over @GingerGorman. It is so devastating. Do journos and eds at @Mamamia & @DailyMailAU have any idea of the impacts? https://t.co/AAALqjXraa

In a private Twitter message, London Bureau Chief for the ABC, Lisa Millar wrote: “Don’t let it drop. Hold this up to the light. You have loads of support.”

Millar is on the board of directors for the Dart Centre (Asia Pacific) for Trauma and Journalism. Like me she worries this practice will cause “harm to people who have already suffered.”

Journalist and author Louisa, 39, commented that she’d recently taken a casual job as an online content producer in a major newsroom.

“It was common practice to cut and paste stories from elsewhere and change the byline just to get a huge amount of ‘content’ up [online] on a daily basis. It made me feel so ill that I left,” she says, adding: “The 23-year-old editor thought that was journalism!”

Katelin McInerney is director of media at the Media, Entertainment and Arts Alliance, an Australian union that represents more than 6,000 journalists. She said she believes plagiarism is “one of the biggest challenges freelancers now face in their work” and says the issue “affects photographers, graphic designers and video producers as well as freelance writers.”

She said she sees it as “a growing issue” and for this reason, says it will be a key priority for the MEAA this year.

Can we stop it?

Another person with an interest in this topic is professor Axel Bruns from the Queensland University of Technology’s Media Research Centre.

He said he’s concerned this practice “may mean that we’ll see endless variations of the same stories – slightly rewritten for each outlet to avoid charges of outright plagiarism – but very limited diversity in the range of stories and topics being covered.”

“It’s a great deal easier and cheaper to cover an existing story by retelling other reporters’ stories than to go out and do original research and investigative journalism.

“But without it, major scandals from Watergate to the Panama Papers and beyond would never have been uncovered, and the perpetrators never caught,” Bruns said.

As I wrote on Facebook, I remain hopeful the current debate may lead to changes in the industry and perhaps end the practice of journalists ripping off other journalists.

Meanwhile the conversation is starting to turn to whether it’s possible to police the problem.

Seemingly in response to public pressure, Mamamia eventually took the story off their website and Facebook page. (Daily Mail has not removed the offending article.)

The MEAA’s McInerney believes the former example “shows the power of the online collective to call out theft and put significant public pressure on companies and publishers to do the right thing.”

However as Mumbrella’s Tim Burrowes points out in an editorial on this topic, things may get worse before they get better.

“The most negative possibility I can offer is that the market will correct it in a different way. If your business model is based mainly on the output of others, then once you’ve put them out of business, you’ll have no content. At which point perhaps a new model for quality original content will reemerge. It’s going to be a grubby time until then though,” he writes.

Ginger Gorman is an award-winning print and radio journalist, and a 2016 TEDx Canberra speaker. She tutors in journalism at the University of Canberra. Follow her on Twitter @GingerGorman

Footnote: In case you are concerned. I have checked in with both Hamish and Ian. They seem to be coping with the media storm.

4 responses to “The (Viral) Ripple Effect of Ripping Off Journalism”