How to Tell Diverse Social Media Stories with a Simple Phrase: ‘Dímelo’ 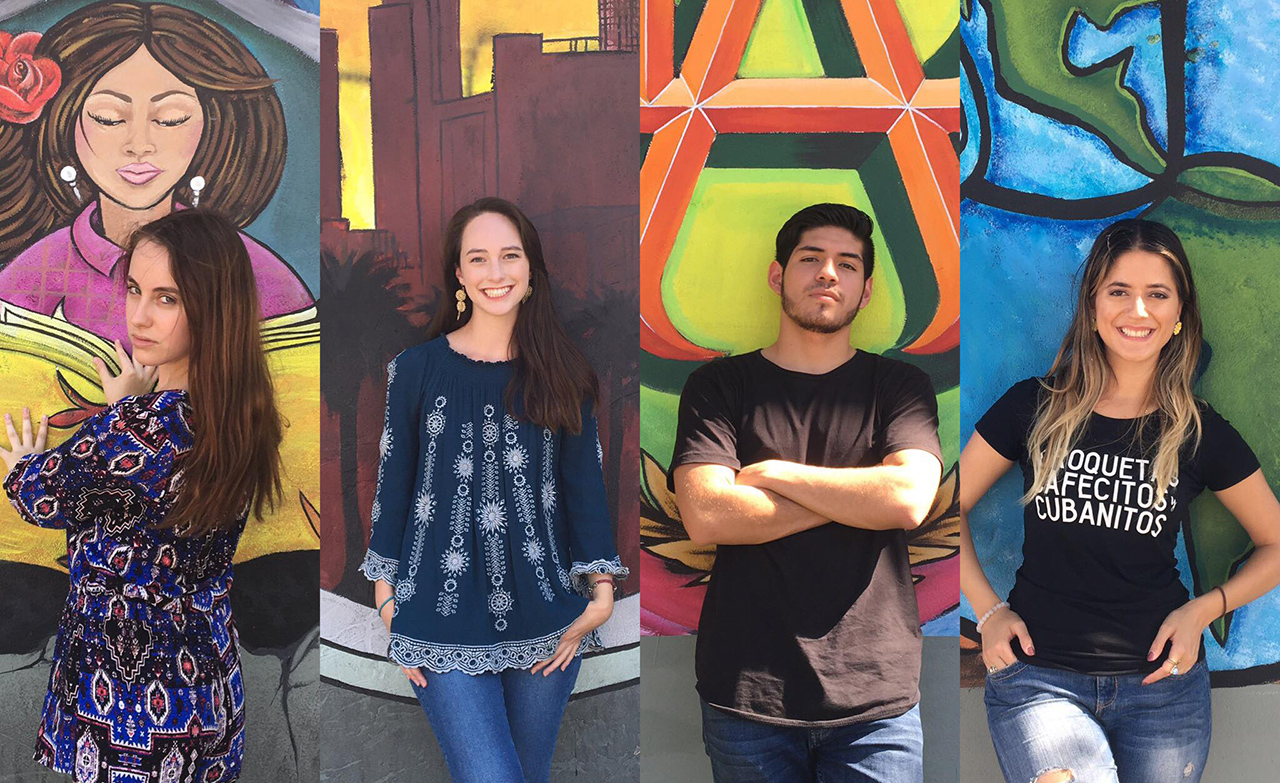 An abuelita’s wisdom, an undocumented young Latina helping others to vote, reporting from Tijuana about Haitian refugees who have flocked to the city, stories about culture and identity — these are stories of our community.

Remember that social media transcends physical and geographical boundaries. You have the potential to reach your audience in their personal space with powerful stories.

This semester, journalism students at USC joined together to launch “Dímelo,” which means “tell me” in Spanish. They want people in the community to tell their stories, and the students want unheard voices to have a platform.

Dímelo was born out of a directed research class at USC called “Social Media Storytelling for Latino Audiences,” taught by myself and Professor Laura Castañeda.

The story of Dímelo

Students in USC’s National Association of Hispanic Journalists student chapter originally wanted to start a Spanish-language newscast, but when they recently indicated their audience was young Latinos, we decided to research this audience first and create a strategy that spoke to that goal.

We found that many young Latinos consume media content in English. We also looked at platforms where young people spend the most time and where they consume the most news and information.

After doing some of this research, Castañeda and I worked with the students to decide a Spanish language newscast may not be the most effective way to reach our audience. So we decided to take a distributed content approach and launch a storytelling brand native to social media for young Latinos because that is where much of our audience was spending time.

We also looked at established brands for Latinx and Hispanic audiences on social media, including Flama, Remezcla, BuzzFeed’s Pero Like, Huffington Post Latino and Fusion.

For the first few weeks of class, students conducted more audience research. They even came up with unscientific personas who might represent their audience.

We also brainstormed about our brand and the name associated with it. We thought of names in English and Spanish. After several iterations, the students decided on Dímelo.

Since launching on Facebook, Instagram and Snapchat, the Dímelo students have been able to produce social videos, Facebook Live and chat content, and we are now working on a chat bot for Facebook. The secret project code name for our chat bot is “Cholula Chat.”

“The reason I think Dímelo is such a valuable component to the Annenberg Media space is because it’s a one-of-a-kind unit and team,” Dímelo editor Barbara Estrada said. “We create content that is similar to content seen through outlets that are well-known — like BuzzFeed, mitú, Flama — where they’ve garnered this huge amount of attention. An audience for that can also be seen at the student level. I feel like this necessary because we are the audience for these platforms, so why not create it at the student level, as well.”

Students also were able to work with Fusion for a week in October to cover border stories leading up to the RiseUp AS ONE concert on the Mexico-California border. Two Dímelo journalism students took over Fusion’s Snapchat account. Several traveled to Tijuana to work on stories. One flew up in a small plane with Fusion editor Alexis Madrigal to capture 360 footage of the border. Some students had never been to another country and were encouraged to see a diverse team at Fusion working together to tell powerful stories.

In addition to field trips, students are exploring the emerging digital storytelling space while also exploring culture, identity, empowerment and their community. The students launched a series called “Brownish,” that explores the complex identities many share.

The class has also featured speakers from Azteca America, Vista LA, and media researchers and experts on young Latinx audiences. In addition, the class is taking a field trip this month to mitú offices in Santa Monica.

“Young Latinx journalists bring a different and fresh perspective to stories that might otherwise never get covered,” Castañeda said. “Our students are learning how to analyze the market they want to reach, partnering with professional media outlets like Azteca and Fusion to produce different kinds of social media stories, and reaching a broad range of Latino and non-Latino viewers interested in these important stories.”

Knowing your audience is key when launching a new brand or product. Break down who your audience is and how you can reach them most effectively. Even beyond reaching the audience, ask yourself how will you engage your community.

Have a diverse team. In many cases, the most diverse stories often come from diverse teams in your student newsroom or classes. A variety of perspectives contributes to more well-rounded content.

USC journalism student and Dímelo editor Barbara Estrada checks her camera while on location with a team of reporters from Fusion near the California-Mexico border. USC students worked with Fusion to cover stories near the border in October. Photo by Amara Aguilar

Embrace the similarities and differences in us all. Remember that social media transcends physical and geographical boundaries. You have the potential to reach your audience in their personal space with powerful stories that touch people’s emotion, no matter what their background is.

Put story first and use technology to tell untold stories. The students have been able to use their mobile devices, Facebook Live and Snapchat for reporting. But they are also experimenting with 360 photos and video when it best serves the story. One student is working on capturing barbershops in LA with a 360 camera and adding hotspots to tell the stories of that place and people who have spent time there. Also, look out for our Facebook messenger bot coming soon.

Start small. We decided to launch mainly on Facebook and Instagram, and later launched on Snapchat. Our team consists of nine students, both grad and undergrad from all backgrounds.

Have a goal and mission. At USC, students have driven the Dímelo brand, stories and social accounts. They spent time on a mission statement and specific goals.

Measure outcomes and learn from engagement patterns. Students are tracking engagement, traffic and analytics. While they are looking at numbers, they are also looking at meaningful conversations people are having around stories and reporting. They learn from what they have done well, but more importantly what didn’t work well.

Integrate focused projects into curriculum. By creating a class at USC that focuses on social media storytelling for Latino audiences, we have created time and space to discuss focused issues and targeted content.

Starting a team from scratch is challenging. Finding support and funding takes time and energy. Not everyone sees the value in new projects, but don’t give up. We have faced challenges, but have continued to support our students’ goals and interests.

Currently the Dímelo team is working on a DNA social video story that explores people’s perceived identity versus their scientific identity. They are working on stories that they — as young Latinos — want to read, see and hear. The social media storytelling for Latinx audiences class will be offered in the spring 2017 semester at USC.

“The class has allowed me to assume the role of being a leader. This class helped form a group of people that have the same interests in creating a space to create content for the Latino audience,” Estrada said.

For this student team, the ultimate goal is simple: “Dímelo.”