8 Takeaways from Moving Journalism from the Classroom to the Community 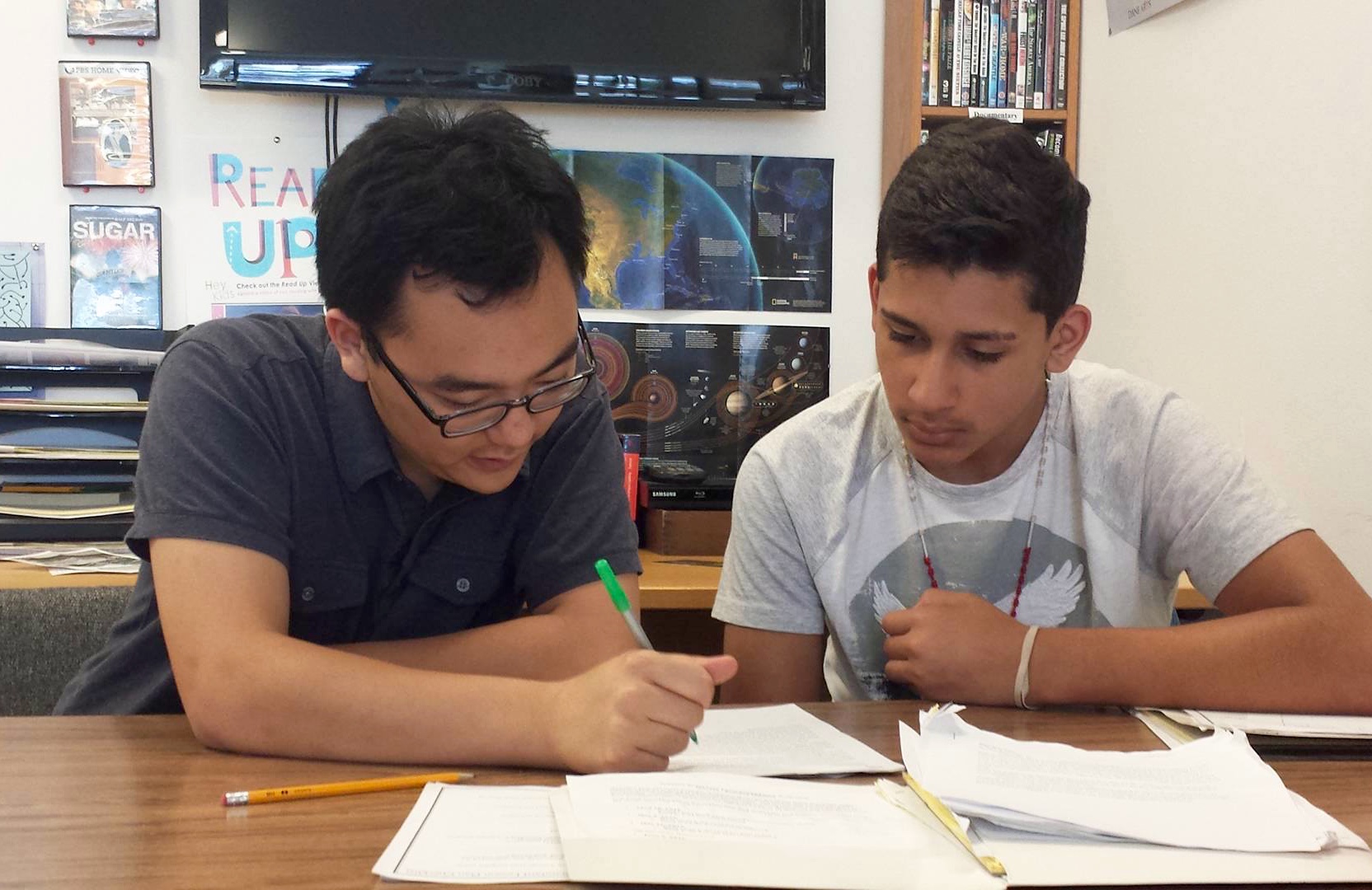 The student looked vexed as she lingered outside my office door.

“Come on in,” I said, smiling at her with what I hoped was my most welcoming you-can-talk-to-me-I-promise-not-to-judge expression.

Students were encouraged to think of sources not as punctuation points, but as bridges into communities.

It was the middle of the semester and the young woman was in my new Journalism For Racial Justice: Amplifying Marginalized Voices in Local Community class that ran in Spring 2016 at the University of Wisconsin-Madison. I knew things were getting real for the students.

After pleasantries, she launched into it: “I find myself nervous because it is so different from how I’ve been taught up until now. I don’t really know how to overcome the way I usually think about stories.”

Though from an expression of distress, her words filled me with a sense of gratification. They meant I was changing how students were thinking about journalism. That was exactly what I had set out to do. But I didn’t anticipate how truly challenging the class would be – logistically, pedagogically, and even ethically.

It had all begun in 2014 when I received a faculty development grant from my university to design a course around race and reporting skills off a research project I had been plugging away at for several years.

Through the course, I explore the obstacles White journalists must overcome to be more inclusive in their reporting. I have been crafting a series of recommendations (in conjunction with Kettering Foundation) meant to re-focus reporting on helping to “activate” citizens to lend their voices to democracy.

2. Develop coursework off of evidence-based research.

I wanted to create a class whose main aim would be to figure out how my mostly White students could overcome missed connections, structural constraints and failed outcomes that plague journalists out in the “real world,” in order to amplify the voices of people not typically heard in mainstream news. The class posed three approaches to exploring this quagmire: 1) enabling citizens to lend their own voice to the information stream; 2) amplifying their voices through collaborative journalism; 3) changing structures to create more deliberative conditions for democracy.

In the first approach, students eschewed traditional ideas of “critical distance” to enter communities. The class was a service-learning course, which means students work with non-profits or community organizations outside of campus in a joint partnership. The students spent nine weeks in one of three local community centers where they taught youth (mostly of color) skills related to journalism. One group of students helped high school kids program a radio show. Another group helped middle-school students produce a newsletter. The last group of my students tutored youth aged 7 to 15 to research and write for online magazine sites.

3. Make sure to tie assignments to learning outcomes for your students that also benefit the community partner.

In the second and third approaches, students collaborated with community members to write feature stories and then worked with non-profits to help change the ways in which information entered into news flows.

One student partnered with a family on a bottom-up piece about how the public school district needed to do more for special-needs children. Another student logged 30 hours at a community center that attracted African immigrants, telling the story of assimilation that included excerpts from a poem about isolation that the family’s 16-year-old daughter wrote. Another wrote about being a bi-racial Japanese-American in a series with profiles of other multi-racial individuals. Several students designed media kits for non-profits to help them raise awareness or hiring guides for newsrooms to become more diverse.

The class’ emphasis on collaborative work reconfigured the very role of the “source,” which became a more relational concept. Students were encouraged to think of sources not as punctuation points, but as bridges into communities.

The most important aspect of the class was the social-justice training we did in the first weeks of class. This greater awareness of their own bias helped them find and write stories in a much more transparent manner.

“Recognizing their own lens and perspectives and how that affects the stories that they tell … that is huge,” said one of our community partners at the end of the semester. “The moral ethics is here is for the journalism student to see themselves as a community member.”

As with many service-learning classes, logistics dominated – such as finding non-profit partners whose schedules would mesh with my limited options and figuring out how I was going to get everyone across the city during class time. Much of this fell into place because of the flexibility of the non-profits and my home department to accommodate the class.

4. Ask for flexibility where you might not normally expect it.

In addition, I found resources from the University of Wisconsin-Madison’s Morgridge Center for Public Service, which provided transportation for the students every week, as well as a project assistant.

Nonetheless, other issues out of my control also emerged. One obstacle was the uncertain attendance of the youth at our partner sites and the pedagogical challenges this wrought. One week we would have five students, and the next two – sometimes completely different students. Our groups had to pivot constantly, designing lesson plans that did not build on the week before.

Another issue was the discomfort of some of the students as they re-conceptualized traditional journalism concepts.

7. Keep in tune with your students with frequent check-ins.

However, by far the biggest stumbling block for a class like this was the lack of time for truly building community trust, which was a core tenet of the course. Semesters end but community needs continue – an ethical dilemma to be sure.

8. Keep expectations realistic, but also have faith in your students.

The student from the above anecdote had two of her class stories published in local media and a photo gallery to add to her portfolio. She continued to work with her organization and was even offered a job. In the end, the benefits to the students and the community trumped the challenges.

Sue Robinson (@suerobinsonUW) is an associate professor in the University of Wisconsin-Madison’s School of Journalism & Mass Communication, where she teaches and researches on journalism, digital technologies and race. She is coming out with a book by Cambridge University Press, tentatively called Networked News, Racial Rifts: How Power & Privilege Shape Public Discourse in Progressive Cities. She expressed gratitude to those who talked to her for this research, especially the non-profit centers, as well as Kettering Foundation and the Morgridge Center for Public Service for their support of this work.