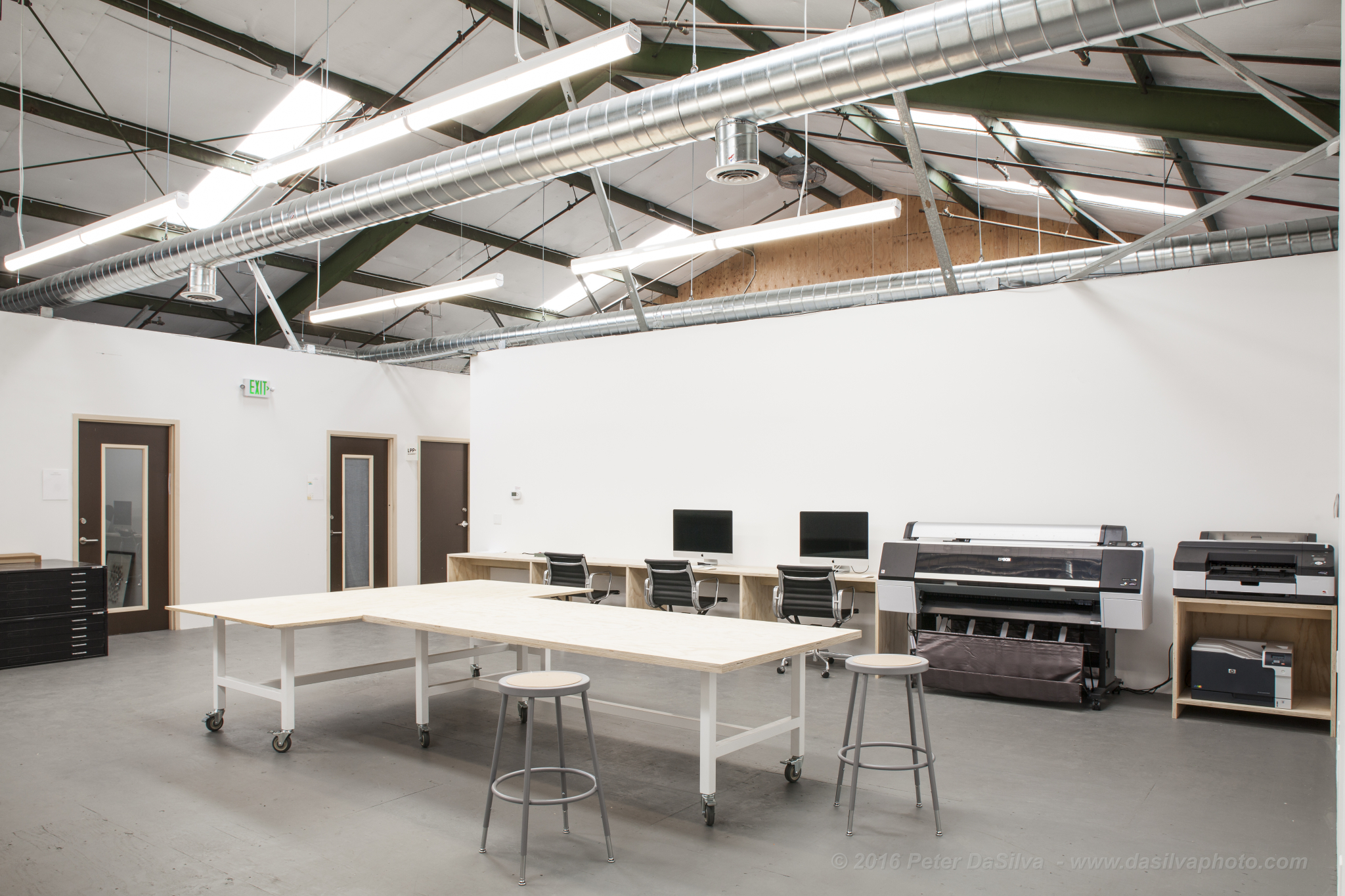 Digital Lab inside of 1240 Minnesota Street Project where residents have access to state of the art technology. (Adobe)

In the news this week, Discovery Communications makes a $100 million bet on a digital media roll-up called Group Nine. The Atlantic gives users of ad-blockers a choice: white-list us or pay up! Were newspapers misguided by going head-first into digital-first? That’s what Jack Shafer says, citing a recent research study. Politico’s Joe Pompeo joins us to talk about the rise of A.G. Sulzberger at the New York Times — heir apparent with digital chops. Our Metric of the Week is Chatbot Subscriptions, and our special guests are Adobe’s Lisa Temple and Erik Natzke, who have funded an artists’ studio in expensive San Francisco.

I've been surprised that coming into the space, just thinking about what we can do and [Adobe's] natural inclination was 'What's happening with VR? What can we do in VR?' - Erik Natzke on Adobe's Project Dali

Lisa Temple is head of community innovation & collaboration at Adobe, Lisa works on initiatives with museums, arts and education organizations, and other nonprofits.

Erik Natzke is principal artist-in-residence for Adobe Research. He collaborates with fellow researchers on where the future of creativity is heading, primarily focusing on promoting innovation within the tools Adobe creates.

It’s a cold world out there for stand-alone digital media companies. Even if they have billions of video views. That was the thinking at Discovery Communications, which just went big on digital media by investing $100 million in a new holding company, Group Nine Media, which includes startups Thrillist, NowThis and The Dodo, as well as Discovery’s video network, Seeker, and its production studio, SourceFed. The time is right for consolidation in digital media, according to Thrillist founder Ben Lerer, who will be the CEO of Group Nine. Lerer told CNBC that the power of Facebook and Google means “you want to avoid being a brand that’s floating out there on your own.” It’s all about scale, and the digital media startups have massive reach among Millennials, and billions of online video views, while Discovery has popular cable channels that could distribute longer form shows from the upstart brands.

The deal was certainly a family affair, with Kenneth Lerer, founder of Huffington Post and chairman at BuzzFeed, being an investor in all three startups at Group Nine. His son Ben is CEO at Group Nine, and his daughter Izzie is CEO at The Dodo. While the family has been a driving force, it’s Discovery that now holds the cards with Group Nine, having a 35% stake in the business and an option to buy a controlling interest in the future. It’s a similar old/new media tie-up as we’ve seen with Vox, BuzzFeed and Vice, getting massive investments from legacy players. While the roll-up makes a lot of sense on paper — saving costs for the startups and allowing them to sell a larger network to advertisers — the devil is always in the details. Will the various topics they cover all gel, and can the entrepreneurs remain happy in a larger network? And finally, will their long-form shows actually translate to real TV audiences? Tune in next year.

The Atlantic Gives Ad-Blockers a Choice: Whitelist or Pay Up

Publishers have been in an ongoing battle with users who use ad-blocking software. People are tired of intrusive ads that cover up content and track them from site to site. While the users have a point, the counterpoint is that a lot of publishers depend on ad revenues so they have to do something to stop the bleeding. The latest to do something is The Atlantic, which has started messaging ad-block users with this message: whitelist our site on your ad-blocking software so that our ads show up, or start paying a subscription for an ad-free experience. The Atlantic’s Kim Lau told AdAge that she expects more people to whitelist rather than buy subscriptions, which cost $4 per month or $40 a year. But that alone could help save the company millions in lost ad revenues, Lau said, with 8.5% of The Atlantic’s visitors using ad-blockers.

Earlier this year, Wired made the same play and has found some success at messaging the 20 percent of its readers who use ad blocking. Other publishers such as the New York Times and Business Insider are also testing out similar approaches to ad-blocking users. And ad-blocking has been gaining steam, with a new report from Adobe and Page Fair showing a 10% increase in ad-blocking use in the U.S., and even more usage in countries like Sweden and Denmark, where up to one-third of Internet users employ ad-blockers. However, one area that hasn’t been as bad as expected is on mobile in the U.S. and in Europe. While publishers were up in arms about Apple allowing ad blockers on its phones, the use for ad-blocking on mobile has been negligible so far, according to the report. Still, it’s a problem that publishers will need to address, both by alerting users and by making sure their ads are more tolerable.

Did Newspapers Get It Wrong with Digital-First?

That’s the take from Jack Shafer at Politico, who cited research out of the University of Texas that found that newspapers that have gone head-long into digital-first haven’t had much success. The research dug into local newspaper numbers (not including New York Times or USA Today), and found that print still reaches more people than digital in a publisher’s home market and even across all age groups. Another troubling finding is that digital readership has seen little to no growth since 2007 and online-only readers are a fraction of overall readership in the home market. Unsurprisingly, print is still the primary revenue generator for newspapers, even as those revenues drop sharply.

So where are all those online views going? While this study focused on aggregators like Yahoo News, the growing importance of social media and Facebook wasn’t mentioned, a glaring oversight. Another challenge for newspapers is the influence of hedge funds and new owners. A recent study from the University of North Carolina found that a third of papers have changed owners since 2004. And there’s a worrying trend with the new owners: they’re typically private hedge funds or investors that cut costs to the bone. Shafer’s idea is that newspapers shouldn’t invest more in online editions, but instead paywall them and try to create the next Business Insider or BuzzFeed. But a better strategy for newspapers would be to find their local audience where they spend their time, whether it’s on social media, messaging platforms or somewhere else. Depending on print and paywalls forever isn’t a long-term solution for newspapers.