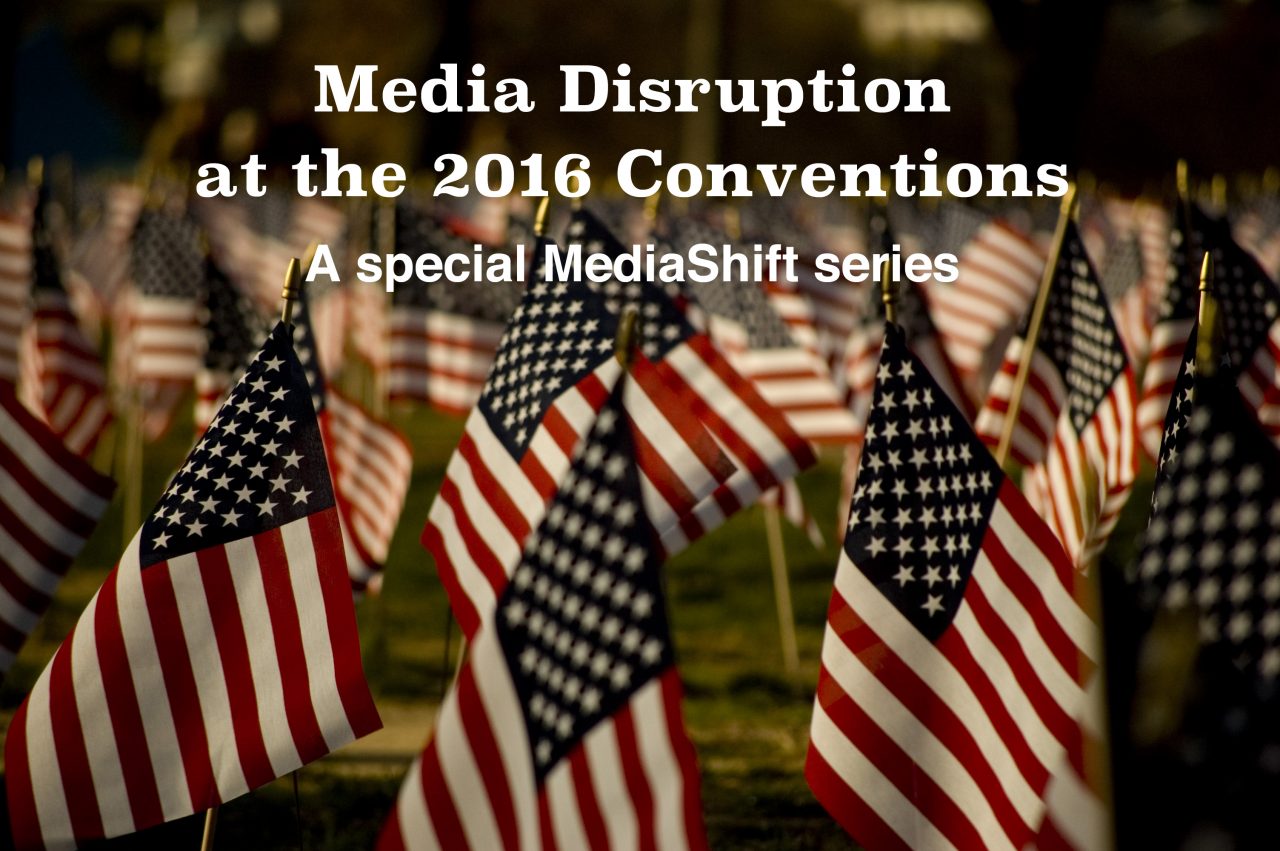 The information flow out the Republican and Democratic National Conventions this summer looks nothing like it used to. From news bots to live streaming video, journalists are experimenting with coverage and voters are taking advantage of new ways to connect with the news.

In the coming days on MediaShift, we’ll share dispatches from the conventions, analysis of coverage and explore how news from the RNC and DNC looks — and acts — different this time around.

Meet the Bots Reporting on the Republican and Democratic Conventions, by Laura E. Davis

Storify: How the Parties Played Out at DNC on Social Media, by Alexandra Hough

How Podcasts Could Impact Political Reporting, by Tim Cigelske

How to Stay Safe While Covering the U.S. Political Party Conventions, by Frank Smyth, CPJ

> Beyond Delegates and Polls: Using Data to Tell Election Stories, by Martha Kang

Coverage Around the Web

> Half a World From Home, Reporters Try to Make Sense of Trump (James Warren / Poynter)

Courtney Lowery Cowgill is the the managing editor of MediaShift. She’s also an adjunct professor at the University of Montana School of Journalism, specializing in feature writing, legislative coverage, rural journalism and online journalism. Formerly, she was the editor in chief and co-founder of the online magazine NewWest.Net, which has since been sold. She also worked as a newswoman for the Associated Press. When she’s not writing or editing, she’s helping her husband manage their small farm in Central Montana.