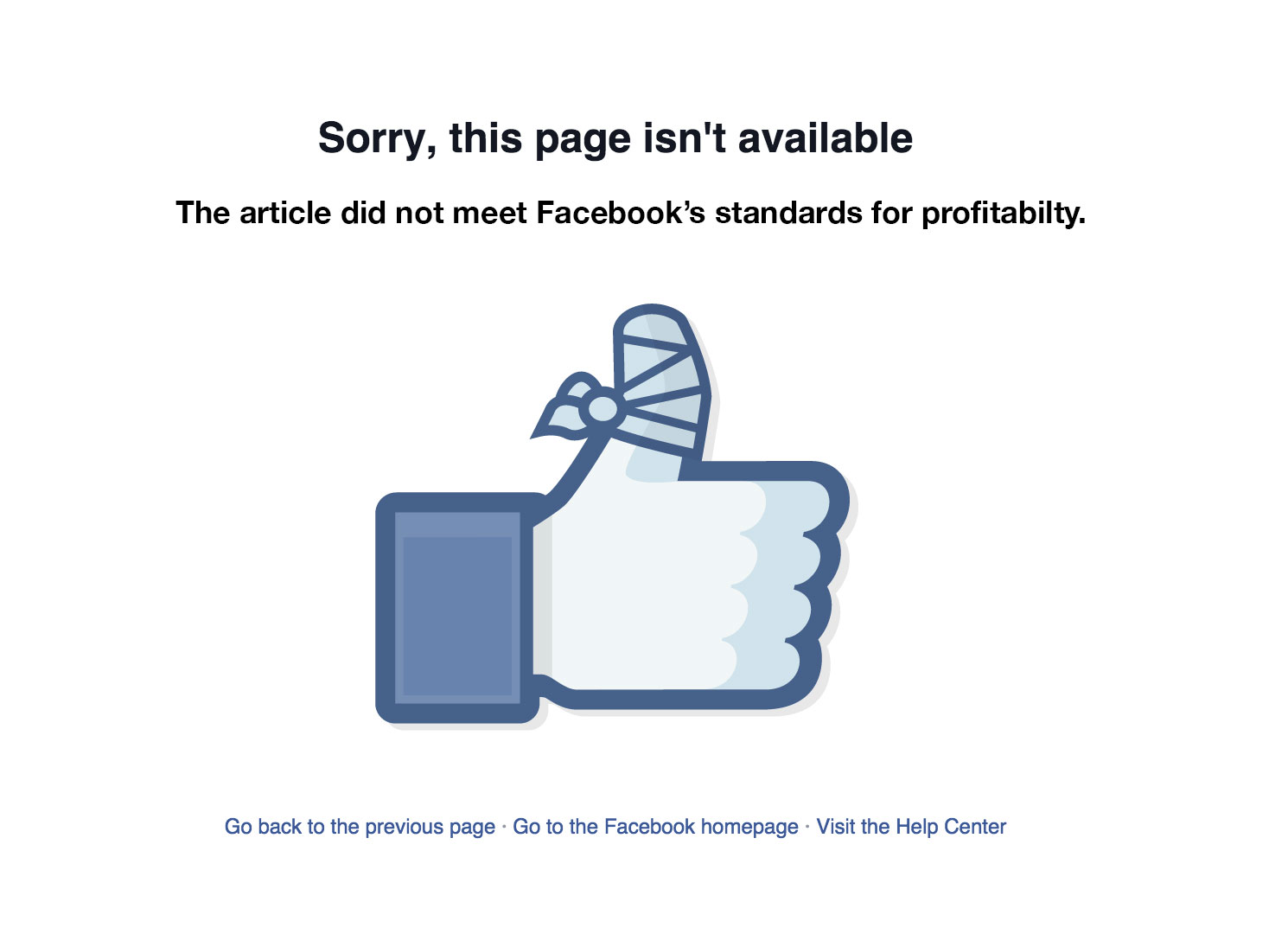 There are three types of groups that filter the news: journalists, developers, and the crowd.

The first two make decisions on your behalf, with their own and their organization’s economic survival being the ultimate motivation with few exceptions. The third has no motivation.

In fact, the crowd’s curation of the news is a positive externality of an individual’s like, up-vote or share. Taken together, those individual approvals or disapprovals of material make for the most altruistic filter of content online.

It’s time that we begin to think of the internet not as individual streams of websites chosen for viewing by the end-user, but as a rushing river of information that is fed by those streams. That rushing river needs to be managed not by newsrooms and Silicon Valley but by the people.

Today, digital citizens rely on filters like social networks, social platforms and content aggregation by brands to curate the internet and manage the rushing river on their behalf. But not all curation is equal. Curation by social platform managers and developers on Facebook is not as altruistic as curation and aggregation by media companies. Curation by journalists, reporters and bloggers at those media companies is not as altruistic as curation done mostly by the crowd on platforms like Reddit, Imgur, or Tumblr.

Think of Facebook and its content curation algorithm as an oligarchical democracy — you make your own choices, but the options before you have been whittled down by someone else. It’s sort of like voting for a presidential candidate who is predetermined by the country’s elite.

Reddit’s algorithm is community-centric. Content floats to the top in a more democratic way. Each individual’s likes and shares count equally. What appears on the front page is the result of thousands of individuals’ collective approval of one piece of content, with some weight added to content that led to heavy discussion, among other things.

That’s drastically different from what appears in your Facebook feed. Weight is added to content that benefits Facebook’s business model. Those pieces of content are more likely to appear to the end user. That includes Instant Articles, videos uploaded to Facebook, and live broadcasts (of which Facebook users get notified if someone they follow is broadcasting live).

Facebook’s Policies Are The Antithesis of Net Neutrality

The way Facebook filters content is a violation of the principles of net neutrality. In order to have an equal shot at appearing before the end-user, brands must agree to Facebook’s demands, and those demands often mean more revenue for Facebook and less for publishers. It goes further than immediate cash flow and into ownership of the content. In the terms and conditions of uploading a video to Facebook and sharing it with an audience, a publisher agrees to let Facebook license and use its content for a broad swath uses.

What’s the difference between paying someone in cash or paying them in shares of ownership? There is none.

Between Facebook-filtration and crowd-curation is agenda setting by media companies and the reporters, bloggers, social media managers and journalists working for them.

They curate content based what they think their readers find newsworthy. They are trying to serve their community of readers and followers the best they can, but ultimately, economic realities are insurmountable in most cases; therefore, revenue drives their business models. Even to them, content they produce, aggregate, or curate is a means of making money.

There is something wrong with that. It means that they’re prioritizing their organization’s existence above the value of worthwhile news and information. They are prioritizing money over humanity.