Pew: Crowdfunded Journalism Growing, But Still a Drop in the Bucket 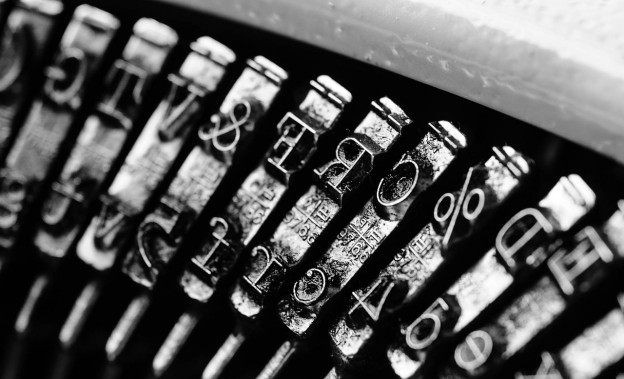 Photo by bogitw on Pixaby.

Crowdfunded journalism continued its growth trend in 2015, but it remains a small slice of the bigger picture, according to a report released last week by the Pew Research Center.

The report detailed the growth of journalism-specific Kickstarter campaigns since the crowdfunding site launched in April 2009. During that period, the number of funded journalism projects grew from 64 in 2010 to 173 in the first nine months of 2015.

"The growing activity here is about more than just dollars and cents or prizewinning reporting. In today’s evolving digital era, it represents a new, niche segment of nontraditional journalism driven in large part by public interest and motivation." - Report authors.

The total revenue generated on Kickstarter also grew rapidly. In 2010, journalism projects received less than $300,000 in funding, but through nine months last year, that number had already surpassed $1.7 million.

Kickstarter campaigns have raised more than $6 million to support journalism since 2009.

Lessons from the Statehouse News Project

One of the news organizations taking advantage of journalism’s crowdfunding boom (albeit using Beacon, not Kickstarter) is InvestigateWest, a Seattle-based nonprofit news site that last year launched a crowdfunding campaign for its Statehouse News Project. (Disclosure: The author of this piece freelances for InvestigateWest.)

The ongoing project, which supports in-depth reporting on environmental legislation in Washington state, blew past its $2,500 goal last year and raised a total of $5,000 from 53 donors. After receiving positive feedback during the 2015 legislative session, InvestigateWest brought the campaign back again this year and has already raised $5,070 (and counting).

This time around, the Statehouse News Project is also backed by a $10,000 award from SVP Fast Pitch Seattle, a business pitch competition in which InvestigateWest won second place in the established nonprofit category in 2015. Jason Alcorn, associate director at InvestigateWest, says last year’s crowdfunded pilot helped strengthen the organization’s ability to chase even bigger money at SVP.

“It allowed us to tell Fast Pitch that we knew the project could work,” Alcorn said. “We’d done it at a small scale, and 80 percent of our donors said they would probably or definitely support the project again. And the qualitative feedback was that it was the best environmental reporting coming out of Olympia that anyone was reading.”

Produce a campaign video – Short promotional videos make it easy for partners, donors and other supporters to spread the word within their social networks, and crowdfunding campaigns featuring a video are more likely to get full funding, according to statistics from Beacon. “We did a video this year,” Alcorn said, “and that has helped with sharing on social media.”

Choose the right project – Crowdfunding for investigative journalism can be difficult when story details must stay confidential and the finish line might be months away or more. Alcorn says InvestigateWest chose to fundraise for the Statehouse News Project because it offers donors a tangible return (regular news stories and analysis from Olympia) and it meets a clear need in Washington’s media landscape. “People can wrap their head around coverage of a particular set of issues during the legislature, because they know those issues aren’t being covered any more,” Alcorn said. “It’s a concrete gap in reporting that people see and understand.”

Consider ancillary benefits – For a mission-driven organization like InvestigateWest, raising money isn’t the only benefit of a crowdfunding campaign. “In our experience, people are more engaged with these stories because they have a direct personal investment in the project,” Alcorn said. “They were among the most-read stories we’ve ever had.”

“People are chipping into this who aren’t InvestigateWest donors,” he explained. “Crowdfunding brings new supporters to the organization more than anything else we do in terms of fundraising.”

InvestigateWest’s crowdfunding campaign on Beacon has raised more than $5000 for the Statehouse News Project.

Still a drop in the bucket

Despite the success of campaigns like InvestigateWest’s Statehouse News Project, crowdfunding continues to represent only a small part of what’s funding journalism. For example, the nearly $6.3 million that Kickstarter has raised for all journalism projects since 2009 would barely be enough to support the Texas Tribune’s operating budget for a single year. By comparison, journalism revenue generated through advertising approaches $20 billion annually, according to the Pew report.

The authors argue, however, that the steady growth of crowdfunded journalism is still an important trend.

“The growing activity here is about more than just dollars and cents or prizewinning reporting,” they write. “In today’s evolving digital era, it represents a new, niche segment of nontraditional journalism driven in large part by public interest and motivation.

“It is bringing voice and visibility to efforts that would likely otherwise go unnoticed or unfunded, adding yet another way for the public to engage in creating, funding and disseminating journalism and adding one more option to the arsenal of revenue sources that the industry is desperately seeking to build up.”