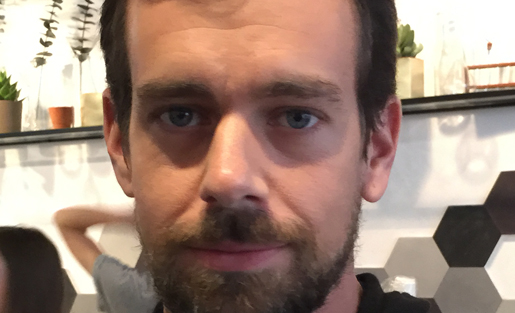 This week on the MediaShift podcast, Mark speaks with George Kelly, digital guru at the Bay Area News Group, and chair of the East Bay unit of the Newspaper Guild. We’ll also deconstruct the takes on Twitter; Spotify introduces video; and we eulogize the web. And, we imagine how Tim Cook would explain Apple’s latest earnings to Steve Jobs.

"You need both everything you bring from the old school and openness to every new platform you find new readers on." -George Kelly on the skills journalist need now

George Kelly is an award-winning blogger and public speaker whose experience in print and online journalism, and with Web 2.0 racial and ethnic representation, helps forge and sustain diverse communities of affiliation and interest. He is an East-Bay based reporter on the Bay Area News Group’s breaking-news team. He has written for Salon.com and The Industry Standard. George has contributed to panel and feature presentations for South by Southwest Interactive Conference, Journalism Innovations, and SPJ Norcal.

A Letter from Tim Cook to Steve Jobs:

It’s your old friend Tim, the guy you left to run Apple. Just wanted to update you on how things are going down here. We just had the best earnings quarter of any company ever on earth. The. Best. Ever. $18.4 billion in profit. $75.9 billion in revenues. 48 million iPhones sold worldwide. And did I mention that we had record sales for iPhones, Apple Watch, and Apple TVs? How about the fact that we passed 1 billion active devices in the world?

And guess how the media reacted to this incredibly astounding news? That’s right. They hated it. For some reason, even though we’ve sold enough iPhones for every man, woman, child and dog in America 10 times over, they wanted to focus on our predictions of doom for the next quarter, as if WE were somehow responsible for a global economic slowdown!

It’s not pretty out there, with China leading the way toward an economic meltdown. Yes, I told people on the investor call that we’re facing “extreme conditions, unlike anything we’ve experienced before just about everywhere.” No, Steve, that doesn’t count the time you got bounced from the company. That’s a different case of extreme.

I know you want to hear the bad news too, you always do. So yes, are expecting revenues to drop next quarter, and that iPhone sales will even drop. That hockey stick upward couldn’t go on forever, Steve, and you and I both knew that. I always could figure out a new way to growth, a new market or incremental update that could boost sales here and there. Maybe we have hit the wall. Maybe we are at “Peak Apple.”

Or, maybe, just maybe, we’re only stopping to catch our collective breath and recharge. Apple Watch is going slower than expected, with “only” 4.9 million in sales last quarter. Apple TV’s refresh has been decent, but not what we hoped for. (Geez, Steve, when you said you had “cracked the TV,” I wish you’d shared that with me before you left us.)

Apple News isn’t settin’ the world on fire, but we’re going to start giving people more stories behind paywalls. And Apple Music, I know you think it’s crap, Steve, but hey, we got 10 million paid subscribers in just 6 months! Not bad, huh? Especially when you consider that it took Spotify 6 years to hit that number! I know, I know, we have to work with Dre now at Beats, but admit it, the guy has style.

I don’t want you to worry, Steve, even while you’re up there in heaven. We are making progress on the Apple Car, and the TV and Home Media Center. I know you had a giggle when I mentioned how serious VR will be. IT WILL BE BIG, STEVE, REALLY! And I know big because I had a private meeting with the Pope recently. He didn’t mention you, Steve, sorry.

In closing, let’s just say that things haven’t changed as much as you think down here. I can keep adding numbers to products, iPhone 7, Watch 2, iPad 3, and people still line up for them. But if you do get any brainstorms up there about something new and insanely great, be sure to drop me a line.