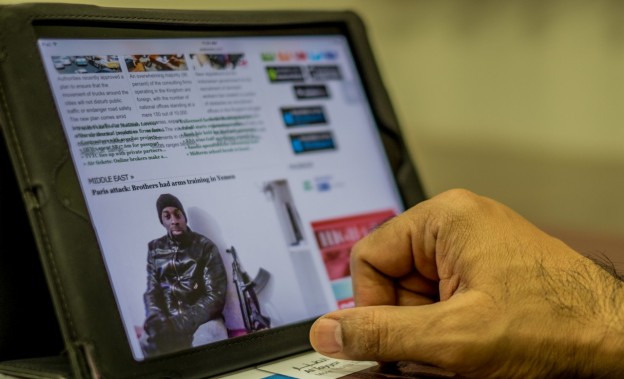 Twenty-one billion dollars. Not a trivial sum. For clarity, this isn’t a holiday spending figure, either. This number represents the dollar amount in lost ad revenue last year alone.
This recently published study from PageFair shows not only tremendous growth in ad blocking technology, but also some staggering numbers in terms of lost revenue being suffered as a result.

"Though the current dialog is relevant and the scenario legitimate, the technology needed to defeat ad blockers has been in use for more than two years."
ADVERTISEMENT

As the 2015 holiday season ended, some were referring to ad blockers as a modern day Grinch — a grumpy, dispirited character seeking to take from others and spread misery and blight. Indeed, nicknames and comparisons aside, ad blockers have created a new wrinkle that programmers and advertisers are scrambling to straighten out. Though the current dialog is relevant and the scenario legitimate, the technology needed to defeat ad blockers has been in use for more than two years.

Of the aforementioned $21 billion dollars in lost ad revenue, approximately $3 billion represents video advertising. Some premium video authors estimate that as much as one-third of their video content isn’t reaching their streaming audiences at all. It may not be an epidemic yet, but there clearly is a trend, as ad-supported video businesses are being challenged as consumers install ad blockers at an increasing rate, especially on their mobile devices where they engage with video the most. A Grinch at work, indeed.

Ads in and around video can make for prickly dialogue these days, with some viewers complaining about being subjected to watching any advertisements. Clearly, there are still some best practices to be established with regard to how many ads per clip are shown and how long a pre-roll ad should be in advance of a requested video. However, unless you are viewing premium, subscription content, expect to see some ads in and around the content you’re watching in a similar manner to what we see in our living rooms.

Like many technologies that have come before it, ad serving is evolving. Though mid-roll ads (those seen when watching a live event or broadcast) may seem new to some, this form of dynamic ad insertion (DAI) has been at work for many streamed live events for the past few years. Until recently, almost all ad replacement had been done at the user level, right within the player itself. This approach, called Client Side Ad Insertion (CSAI), puts not only the video programming itself, but also the valuable ad payload at risk of playback failure because ad blockers see these outbound requests and block them as they are designed to do. This is the equivalent of friendly fire in the video space.

The initial request for playback may also be viewed as an ad call by the ad blockers, in the way that they see subsequent calls for video payload in a CSAI model. As a result, the program content is sometimes not able to reach the viewer, and the ad payload almost certainly isn’t. To de-Grinch these challenges, leveraging an SSAI approach to monetization defeats the ad blockers and keeps those dollars in the pocket of the publishers.

To be clear, CSAI was good in its day, but introduced a dynamic that the ad blockers have been able to pounce on, as well as the legacy challenges that existed — introduction of latency, mismatched quality between program and ad payload and others. But as media brands and publishers of all size grow, they need these solutions to scale without limitations. As the most popular shows and events on television have driven audience, so must the OTT (or streaming) versions of this content respond to demand. If a show or an event drives massive OTT audiences, these programmers and publishers need the scale and elasticity of the cloud to be able to deliver highly targeted (per user) ad payload at scale, hence the move to more efficient and scalable benefits of SSAI.

This approach circumvents and defeats ad blockers on devices and desktops, because both the content and the advertising elements are dynamically created and delivered from the cloud. This approach also improves on some of the legacy limitations of client-side ad delivery as well, where latency and mismatched video quality (from program content to ad payload and back to program) were two key flaws in that delivery scheme. Further, stream stitching enables the publisher to replace content as needed when business rules dictate, going beyond ad replacement and into full content replacement.

For example, if a live sports stream isn’t available in a particular geography or a particular show of episodic television can be broadcast but not streamed, stream stitching enables immediate content replacement on the fly. Finally, server-side architecture enables publishers and programmers to scale their audience without limits.

Photo by Gabriele Barni on Flickr and reused here with Creative Commons license.

The benefits and efficiency of server-side content and ad replacement is multi-faceted. First and foremost, this approach doesn’t delineate between live versus on-demand content, and the same approach can be used to deliver ads for both scenarios.

Another key benefit is no impact to the revenue stream in place, as a move to the cloud doesn’t impact ad operations with the publisher. They still utilize the same workflow and ad platforms, using standardized IAB VAST compatible ad servers (generally from FreeWheel and DoubleClick) to create campaigns and monitor performance, but with the new benefit in per-user targeting to optimize revenue and maximize fill rates.

Lastly, a unified cloud-based architecture enables publishers and programmers to reach all screens with a greatly simplified delivery mechanism that creates content and ads that reach all screens in one fell swoop. Whether the audience target is iOS or Android, Roku or Apple TV, Amazon Fire TV, Airplay, or Chromecast — one size fits all with this approach.

While SSAI will send the Grinch packing to his perch high above Whoville — there are, and should be, best practices to be implemented as this architecture takes shape. As streaming audiences continue to grow, we must account for those viewers and the scale of the solutions needed to reach them. Specifically, an effective SSAI strategy must consider that the absolute best practice is to pre-seed the ad payload prior to the first request for an ad.

This simply means provisioning the ad ahead of time and conditioning it for playback across all screens. In case this isn’t feasible, for whatever reason, the publisher can have a backup set of house ads or promos that can play for the first 2-3 users who make an ad call for an ad unit that ‘isn’t aboard’ yet. In architectural terms, this is referred to as a cache miss. In this case, we deliver those first few users a house ad or promo while preparing the proper ad and feed that ad to the cache so that every subsequent user is able to see the appropriate ad. Look for this pre-seeding step to become standard operating procedure as we build the future of OTT and streaming ad delivery.

Blame our smartphones, but benefit lies ahead

Although I do own an iPhone and have installed iOS 9, I lay the blame for ad blocking hysteria there. When it shipped earlier in 2015, iOS 9 added a content blocking setting that enabled the rise of ad blockers. This move has hit some publishers as a storm front of dark clouds, leaving them scrambling to find proverbial shelter — but they aren’t faced with a case of whack-a-mole, as it is sometimes the case with technology. In this case, smart solutions exist to help dispense with the dark clouds and build a bridge to strategic programming and monetization success.

The benefits for both the viewer and for those offering content — where rich, relevant ad experiences that can be tailored to the individual tomorrow are well worth the effort we’re spending in not only sending the Grinch packing, but also in helping to circumvent the challenge ad blockers present today.

One response to “How Online Video is Defeating Ad Blockers”