Georgia News Lab Looks to Fill A Void for Newsrooms 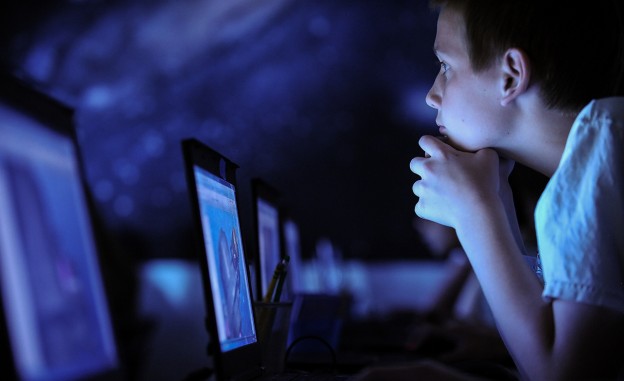 Last fall, 10 students from some of Georgia’s top colleges and universities gathered in a campus laboratory to embark on an experiment. We were among that group.  Although we did not know it yet, it soon became clear that we were both conducting the experiment and serving as its subjects.

The Georgia News Lab is not a “scientific” project. Instead, it is a journalism experiment, born from an effort to address a longstanding problem in newsrooms — a lack of women and minorities, particularly in investigative reporting. The project is a partnership between four college journalism programs, including two Historically Black Colleges and Universities, plus the dominant news outlets in the region — The Atlanta Journal-Constitution and WSB-TV, which are both part of the Cox Media Group. The university partners are the University of Georgia, Morehouse College, Clark Atlanta University and the highly diverse Georgia State University.

"The Georgia News Lab certainly had a profound effect on our lives."

The Online News Association recently awarded the News Lab the Grand Prize of its Challenge Fund for Innovation in Journalism Education. Of the 23 finalists selected from nearly 200 applicants, ONA selected the News Lab as the project “most likely to change either local news gathering, journalism education or both.”

The Georgia News Lab certainly had a profound effect on our lives.  As student participants in the experiment, we were not wired to machines to test our journalistic judgment nor were we subjected to psychological evaluations to determine ethical soundness. Rather, we were put through a rigorous training process while simultaneously developing stories in collaboration with our professional partners.

For the first few weeks of the year-long course, we plowed through campaign contributions of candidates for state Senate and House races in meticulous fashion — a kind of reporting that is particularly vital at the local level as newsrooms shrink by the day. Line by line we examined campaign expenditure reports, campaign finance disclosures and business connections. Patience was required, and whenever a lead turned up, we all pressed harder.

Unlike the News Lab students, Armstrong is no stranger to investigative reporting. In 2002, he wrote a path-breaking analysis of then Vice-President Dick Cheney’s plan for national defense. He also served as editor of the Texas Observer and as bureau chief of the National Security News Service.

The Georgia New Lab taught us that investigative reporting requires great care and persistence. For most students, this kind of deep dive reporting is a novel concept. And so the New Lab training was careful and well-ordered. No skills were assumed, and even then, there was always room for skills to be honed.

The class is organized around a set of basic questions such as: “How does one determine if a lead is worth following?”, “Where does one find state business filings?” and “What is an open records request?”

There are no tests. The evidence of mastery is determined by the depth and quality of students’ reporting. The approach has yielded results. Students in the News Lab and a precursor program run by Armstrong at Emory University have applied these questions in ways that have had sweeping implications. In 2012, one of the Emory investigative reporting students uncovered the Georgia Senate Majority Leader’s connection to a wide ranging gambling operation, leading to the senator’s resignation amid heightened scrutiny

Earlier this year News Lab student Ciara Frisbie discovered the disappearance of nearly $80,000 from the campaign contribution reports of a prominent local politician.  The story, which ran on the front page of The Atlanta Journal-Constitution and aired on WSB TV, prompted an investigation by the state’s ethics commission that is still ongoing.

“I hope that elected officials are held more accountable for their actions, and I really hope we get down to the bottom of what happened to that $80,000,” Frisbie told WSB-TV in July when the commission announced its investigation.

In August, I was a GNL investigative intern at The Atlanta Journal-Constitution and co-reported a story revealing the squandering of millions of dollars in federal HIV grants by Georgia’s most populous county. The county’s health director announced her retirement amid the controversy.

The 2015-2016 GNL met with Jodie Fleischer, award-winning investigative reporter for Channel 2, and got to tour the facility. Photo courtesy of the Georgia News Lab.

Frisbie and another GNL student also reported a story for The Atlanta Journal-Constitution at the end of August that revealed a long-time county commissioner sent more than $13,000 in floral arrangements to employees, friends, political allies and constituents over the last six years.

The skills necessary for students to do this kind of reporting came from months of training and practice. We also worked closely with veteran reporters at The Atlanta Journal-Constitution and WSB-TV.  And a virtual parade of Pulitzer Prize winners, MacArthur “genius” grant recipients and assorted journalism luminaries coursed through GNL’s classroom, sharing their expertise and experience with students.

The program is living up to its promise. And this fall, a new group of students from GNL’s partner schools joined the experiment. They are now learning investigative skills while profiling members of the state’s legislative leadership, digging into county finances and examining the hoarding of campaign funds by office seekers. And now, on the heels of the ONA award, the News Lab seeks to expand its experiment in hopes it can serve as a template for helping to solve some of challenges facing journalism today.

As for the program’s alumni, several have accepted roles in newsrooms across the country. I am now in the PhD program in political science at UCLA and freelancing for the Washington Post. Hammond is an education reporter for the Newport News (Va.) Daily Press. Fowler is the Executive Digital Editor for the student newspaper at Emory University and wants to continue being a storyteller after he enters the professional field. Another GNL alum is now a reporter at CNN. Frisbie won’t graduate until 2016 but accepted a second investigative internship with WSB-TV this fall and serves as News Director of Georgia State University’s student television station GSTV. She is also working with the Georgia News Lab on new reporting projects and helping the News Lab experiment to continue.

Jared Loggins is a Georgia News Lab alum and 2015 graduate of Morehouse College in Atlanta. He is currently pursuing a PhD in Political Science at the University of California, Los Angeles. His work has appeared in Gawker, CNN, Huffington Post and the Atlanta Journal-Constitution.