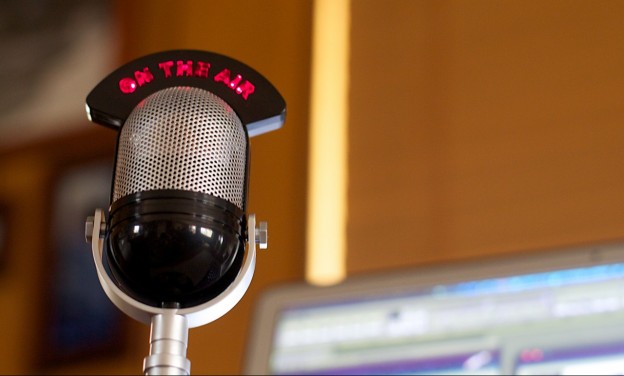 Across the country new Low Power FM community radio stations are taking to the airwaves. This new burgeoning of local media was made possible by ten years of advocacy and organizing that culminated in the passage of the Local Community Radio Act in 2010. The Act made hundreds of new radio licenses available to nonprofits across the nation.

I’ve long been interested in the potential for low power radio stations to collaborate with other local media and news operations to better serve community information needs. In 2012 I published a report with Craig Aaron and Candace Clement of Free Press exploring the potential of a more connected and collaborative local media ecosystem. In that report we wrote, “Changes in technology, the economy and the needs of communities make it increasingly important for community and public media stakeholders to come together and find common ground in their concern for the health of local media.”

"We are still a nation of cars, and while web streaming in vehicles is expanding it is still not the primary mode of listening for most people..."

As this new generation of LPFM radio stations emerge there is a unique opportunity to build a more networked and collaborative local media. Two recent articles explore how nonprofit newsrooms, arts organizations and community radio can join forces.

At the Nieman Journalism Lab, Dan Kennedy covers the new WNHH, a community radio station being launched by the 10 year old New Haven Independent. The local nonprofit newsroom is partnering with a Spanish language newspaper, a local Latino youth organization and Internet hip hop radio station Ugly Radio to program the station. Kennedy reached out to me, and kindly quoted me in his piece, but I wanted to add a few more thoughts to the conversation.

I think LPFM stations are unique pathways to a more multimedia future for small local news organization. Big national news starts up are going all in on audio, video, text and graphics from the start, but small local newsrooms tend to have to go with whatever skills their team has on staff. Some are experimenting with video, some with podcasts, but most are just doing text reporting on the web. LPFM’s are a way to bring new skills to the newsroom and create compelling content that can be repurposed on the web, via podcast and even as video – not just over the air. Indeed, in his article Kennedy notes that the New Haven Independent’s editor Paul Bass expects digital audio to be as important as over the air broadcasts in the long-run.

LPFMs can also be platforms for new modes of community participation. Working with diverse communities, partner nonprofits and others to program a station can be a great opportunity to train lots of people can give them a stake not just in the station but also the entire news organization. To that end, in a blog post on the Knight Foundation’s website, Bass writes, “I believe that we can build on our existing journalism at the Independent, that we can reach deeper into the community, deeper into issues, with this expanded format.”

There is something really powerful about hearing the voice of your community, your neighbors, especially for communities who often don’t see themselves reflected in the news. This can lead to more civic engagement and be a critical resource for public safety. There are a number of stories of crisis and natural disasters where LPFM’s were the only stations broadcasting in the native languages of many in the local community.

Kennedy asked me if radio could really be a path to reaching new and younger audience for local news given that many see radio as an “old person’s” medium. And that brings me to the other LPFM article published recently. WBUR covered a summer youth radio program housed out of the East Boston music nonprofit Zumix. Students are already producing radio journalism over the Internet with Zumix, but now that the organization has won an LPFM license they have about a year to get a tower up and start broadcasting. Indeed, around the country from Youth Radio in Oakland to WRTE in Chicago youth media programs have been engaging students in audio storytelling for a long time.

Beyond radio I think young people are particularly excited about making media, about being participants in the journalism process. This is a generation brought up on two-way media. LPFM’s can be a great place to train the next generation of great podcasters and DJ’s. Local online newsrooms ought to cultivate that kind of engagement with young people. Regardless of how it is delivered, people are definitely fired up about compelling audio content. BuzzFeed has an audio editor, Reddit has a podcast, Apple just launched a 24 hour radio station.

We are still a nation of cars, and while web streaming in vehicles is expanding it is still not the primary mode of listening for most people, and with cell companies placing caps on data plans and raising prices for streaming services I think there will still be a market for terrestrial radio for some time to come.

Paul Bass says in his Knight blog post, “I believe a not-for-profit public-interest operation with a combined print-radio DNA—connecting with people through their computers, their phones, their dashboards—might offer one promising model for local journalism 3.0.” I tend to agree. If LPFM’s and local newsrooms can create a service that is unlike anything else on the dial (or on the web), one that reflects the needs and voices of local communities, that helps bring people together and solve problems, then I think it it could thrive and flourish.