Mediatwits #163: Can We Slow Online Harassment Without Curbing Free Speech? 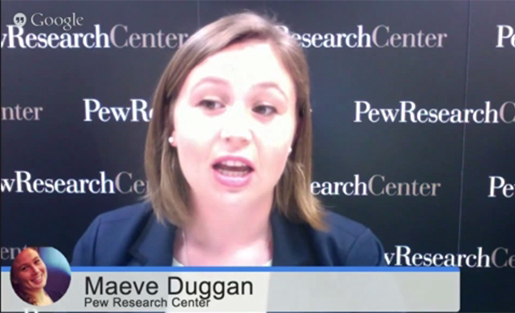 The rise of the Internet has given more people the ability to express and share their thoughts. Social media platforms such as Facebook and Twitter have helped like-minded people find each other and reach wider audiences. Unfortunately, that access means that bad actors and trolls can also use the platforms to threaten or harass others. A disportionate amount of those have been young women. Of those women, 26 percent reported being stalked online while a quarter experienced sexual harassment online. Earlier this week, the Supreme Court ruled on the case of Elonis v. U.S. Anthony Elonis was convicted of violating a federal threat statute after he posted violent messages about his estranged wife on Facebook. The Supreme Court overturned Elonis’ conviction, with Chief Justice John Roberts stating that a reasonable person standard is “inconsistent with the conventional criminal conduct requirement of ‘awareness of some wrongdoing.’” We’ll explain what that means this week on the Mediatwits podcast, with guests Jennifer Chen, freelance journalist; Maeve Duggan, research analyst at Pew Research; Jonathan Peters, assistant professor of journalism at the University of Kansas; and regular guest Andrew Lih at American University. MediaShift’s Mark Glaser is the host and Jefferson Yen is producing.

"It's going to raise the burden of proof on prosecutors" ~ Jonathan Peters on the practical implications of Elonis v. U.S.

Mark Glaser is executive editor of MediaShift and Idea Lab. He is a longtime freelance writer and editor, who has contributed to magazines such as Entertainment Weekly, Wired, and Conde Nast Traveler, and websites such as CNET and the Yale Global Forum. He lives in San Francisco with his wife Renee and son Julian. You can follow him on Twitter @mediatwit.

Jennifer Chen is a Los Angeles-based freelance writer who has written for Pacific Standard, BuzzFeed, Cosmopolitan, Real Simple, O: The Oprah Magazine, and several other publications. In addition to her freelance work, she is a young adult writer represented by Regal Literary in New York City. Currently, she serves as an artistic committee member for The Blank, a local LA theater. She blogs regularly at jchenwriter.com and can be found on Twitter and Instagram @jchenwriter

Jonathan Peters is an assistant professor of journalism at the University of Kansas, where he specializes in media law and policy, with an affiliate research position exploring big data in the KU Information & Telecommunication Technology Center. An attorney and the press freedom correspondent for the Columbia Journalism Review, Peters has blogged about free expression for the Harvard Law & Policy Review, and he has written on legal issues for Esquire, The Atlantic, Slate, The Nation, Wired and PBS. Peters is the First Amendment chair of the American Bar Association’s Civil Rights Litigation Committee, and he is the teaching chair of the Law and Policy Division of the Association for Education in Journalism and Mass Communication. Find him @jonathanwpeters

You don’t have to search very hard to find instances of harassment online. According to Pew Research, 4 in 10 people have been harassed online. One of the most visible instances of online harassment occurred last year relating to “Gamergate.” When it was still active, prominent women in games including feminist critic Anita Sarkeesian and game developers Brianna Wu and Zoe Quinn were sent messages threatening rape, death, and the release of personal information. But as journalist Alanah Pearce discovered, it’s not just adults making those threats. Last year, her story went viral when she started contacting the mothers of her adolescent abusers. Nor is all the harassment from men. Isabella Sorley was sentenced to 12 weeks in a London jail for sending harassing tweets.

Elonis v. U.S. is the first case concerning free speech and social media the Supreme Court has taken. While social media companies have been hesitant to curb such behavior citing the principles of free speech, some had hoped that governments could provide a legal framework for curbing harassment online. Elonis contested his conviction on the grounds of free speech. Only two justices dissented from the majority opinion — Justice Samuel Alito and Justice Clarence Thomas. Alito took the Court to task, writing “The court refuses to explain what type of intent was necessary. Was it enough if he knew that his words conveyed such a threat?” The Supreme Court will let a lower court decide whether or not Elonis intended and meant for others to perceive his messages as a threat.

How should we curb online harassment? Where do we draw the line? How should we treat minors if they post threatening messages? And what role do social and online platforms play in moderating comments and blocking users?

One response to “Mediatwits #163: Can We Slow Online Harassment Without Curbing Free Speech?”