How Freelancers Make Money and Tell Stories With Snapchat 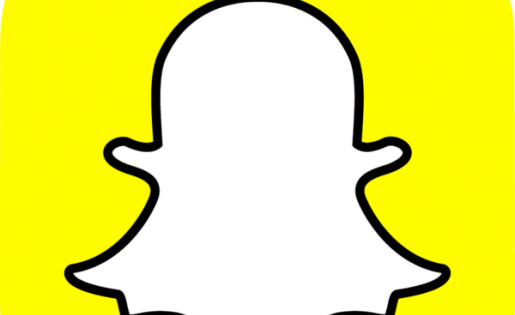 When the announcement came late last year that Instagram was now bigger than Twitter, as reported by CNBC, those who once scoffed at the photo-focused network started jumping on board. But as usual, there’s already another up-and-comer ready to take the spotlight: Snapchat.

Video and images shared on Snapchat may disappear after 24 hours, but the app doesn’t seem like it will disappear anytime soon. And freelancers are starting to snap to it.

Humorous engagement and building a brand

Take freelance photographer Branden Harvey, who has an impressive 99,000 followers on Instagram. On Snapchat, he only engages with about 4,000 people regularly, but his following is incredibly engaged.

“Instagram only gave me an outlet to share a part of who I am,” Harvey said. “I found that my Instagram photos took on more of a serious tone, which is a true, real part of me, but I also have a goofy, crazy side.”

Harvey shares humorous images and videos on Snapchat, such as a recent impromptu road trip involving a search for a slice of pizza. With Snapchat’s Stories feature, he has been able to build his brand and offer a more complete picture of himself.

“I’ve seen [Snapchat] drive views to my website, drive higher engagement on Instagram, and increase brand equity,” he explained. He also believes the network has allowed him to connect on a more personal level and build more personal relationships—as well as have the undivided attention of his followers.

“When you watch a story on Snapchat, your finger stays on the screen. You’re engaged and watching because the moment you stop watching, the video disappears,” Harvey said. “Nowhere else in media can you hold so much attention.”

That perspective might seem counterintuitive to people who view Snapchat as an ephemeral distraction, but it’s an interesting point in terms of the platform’s marketing power. If Twitter runs on public conversations and Facebook is primed for viral content, then Snapchat is more for personal communication and relationship-building.

Radio host Mark Kaye has built enough relationships that he now considers himself “Snapchat famous.” He hosts a talk show that airs exclusively on the platform called ‘Talkin’ Snap!” He started by interviewing Snapchat stars, but the show eventually grew so popular that he now scores guest appearances from Internet celebrities and famous musicians. You could say he’s a Snaphchat star himself.

As a 40-year-old, Kaye is not the typical user. Most peg Snapchat as a network for teens and twenty-somethings, but with the new Discover feature, brands like CNN, People, and National Geographic are sharing disappearing content every day.

Making sense of the metrics

Even though big brands are jumping on board, Snapchat doesn’t reveal many metrics. That hasn’t stopped some from trying to figure it out, but right now there is no way to know how effectively you are using the platform. Users only know how many people open each snap and how many people take a screen shot of each snap. Those metrics are only visible to users, not followers.

“The lack of metrics and the secrecy of this information can actually be a good thing,” Kaye said. “Unlike Twitter and Facebook, nobody else can see how many interactions you actually get on a particular story.”

Kaye produces his entire show on his iPhone with help from apps like VideoShop, Videocraft, and Dropbox. He actually makes his interview show backwards by sending his guests questions and asking them to record answers. From there, he records his questions and witty retorts before editing it all together.

When it comes to getting Snapchat followers, Kaye uses one trick: collaboration. Each celebrity he interviews gives “shoutouts” to their followers, encouraging them to go watch the interview on Kaye’s account.

“You have to get other prominent snappers to tell their audiences about you,” Kaye says. “I also advertise my account everywhere. Every banner I have on every other account directs people to my Snapchat account and advertises my username.”

Both Harvey and Kaye repurpose their Snapchat videos by downloading their completed stories to their phones and then re-posting them to YouTube.

“I’d love for fans to be able to see a portfolio of my work and for those who have been around for a while to be able to go back and watch old favorites,” Harvey said.

A portfolio makes sense. As Snapchat experts, Harvey and Kaye are relaying their newfound talent into added income by working with brands looking to build their Snapchat following.

Harvey has plenty of tips for those who are new to the app. He’s currently working on an e-book that will reveal his Snapchat secrets, but to hold over freelancers until then, he advises people to drop the professionalism and be consistent when releasing clips.

“Part of the charm of Snapchat is the hand-held, goofy, impromptu nature of each and every Snap,” he said. Don’t be deterred by the low production value—it creates a more authentic experience for your following.

And just like with regular television shows, don’t commit unless you plan to stick to it. Harvey creates and shares one Snapchat Story every single day. Kaye releases his talk show at the same time each week, just like a TV show. As Harvey said: “Either way, choose something and stick with it.”

The original version of this piece appeared on Contently.

Aubre Andrus is an award-winning children’s book author and freelance tech journalist who loves working with brands and startups on content strategy. She’s based out of Chicago.