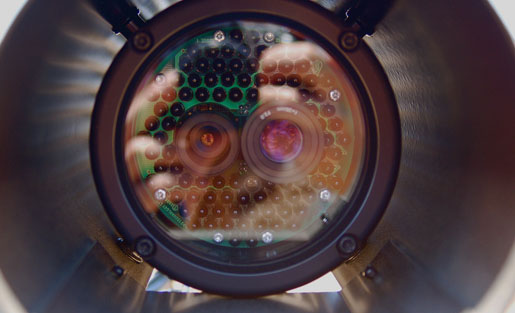 “We need a new independent media to unite the best journalists by a common goal: to stop propaganda of hatred; to find a way to resist the madness that is tearing apart an entire country.” -Vladimir Yakovlev

Whichever statement you believe more, wherever you fall on that spectrum, three crowdfunding campaigns by Russian media ventures are fueled by these convictions and quickly gaining ground with their supporters this week.

Journalist Vladimir Yakovlev, founder of Kommersant.ru, has raised more than $9,000 in the first two days of his Kickstarter campaign to create a news startup.

“Now, more than ever, we need a new independent media to unite the best journalists by common goal: to stop propaganda of hatred; to find a way to resist the madness that is tearing apart an entire country, bringing it closer and closer to a horrible social disaster.”

Yakovlev’s campaign was initiated in Palo Alto, Calif., according to Kickstarter.

Coming from a different point of view, Russia Insider wants to increase its efforts to oppose American foreign policy and what they call false characterizations of the Russian government by mainstream media in Europe and the United States.

The website’s Kickstarter campaign passed the $5,000 mark 24 hours into their 30-day campaign. As of today, the campaign to raise $20,000 is at about $23,000 with three weeks to go. They plan to increase crowdfunding if their first campaign is successful.

Depending on how you look at it, Russia Insider is pro-Russian propaganda or an independent citizen journalism venture.

Through the Cracks spoke to founder Charles Bausman in Moscow.

“I think that you can interpret it as propaganda, or you can say, look, it reflects the opinion of a lot of articles on our site, which really argue that American foreign policy, in regards to Ukraine and Russia, is badly, badly mistaken,” Bausman said about the site’s content.

Russia Today (RT) Senior Political Correspondent and host of In the Now Anissa Naouai wants to send the U.S. State Department and “American corporate media empire” a message and fight Autism at the same time.

That message: “Money can’t buy all the airwaves and RT is not the enemy,” her GoFundMe campaign pitch said.

She asked people who “see through the propaganda” to donate $10,000 to the nonprofit Our Sunny World to fight Autism.

The campaign was started in response to recent comments by U.S. Secretary of State John Kerry that the United States isn’t spending enough money to communicate the government’s message to Russia citizens.

In a story published earlier this week, Time Magazine takes a closer look at Russian state-run media in a piece titled “Inside Putin’s On-Air Machine.” In her criticism, Naouai points at what some refer to as The Big Six, a small group of corporations who own the majority of American media.