The Problem With Media Patronage 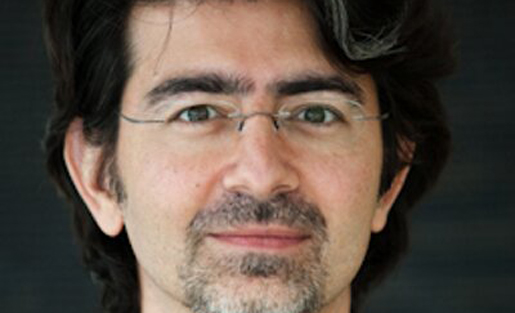 Chris Hughes and Pierre Omidyar have quickly fallen from grace as the saviors of independent media, as storied editors and journalists flee from the implosions of, respectively, The New Republic and First Look Media. And that’s led to an obvious question: Why did we ever think asking tech titans to take over independent media shops was such a good idea in the first place?

"In the digital era, the only truly independent media are media that depend for their existence on their readers, listeners and viewers."

I’m not asking whether such individuals have the chops to run a media shop. That jury is still out — we don’t know yet what Jeff Bezos will really do at the Washington Post and, after all, the Sulzbergers seem to have done a fine job at the New York Times. No, I’m more interested in a question that PandoDaily editorial director Paul Carr asked when First Look Media’s troubles became public: Can news organizations truly be independent if they are funded primarily through the patronage of billionaires?

To answer that question, it is important to understand how the business model of news has changed. In the 20th century, “independent” media largely meant media that was not under corporate control. The fear was that corporate news networks would prioritize their business interests and directly or indirectly influence what stories were told.

The digital revolution, however, has upset the easy distinction between corporate and independent media. That’s because news is no longer very profitable (whoops, sorry if you are only now getting the message). Aside from sites like BuzzFeed, the old advertising model is dying. The old corporate news outlets are downsizing. The smartest -– the New York Times, Atlantic Monthly, and Wall Street Journal are all good examples — are scrambling to monetize readers directly via subscriptions, targeted and native advertising, add-on merchandising, etc.

A few national outlets will have strong enough brands, a deep enough bench of reporters, and enough appeal to audience to make money from this new model. But not many. So the hunt is on to find alternatives. That’s where patrons come in.

An old model for a new age

Before the industrial revolution, patronage was the primary mover of culture. As the for-profit newspaper industry collapses, a number of news organizations are looking back to that older model.

Patronage, on the surface, looks very much like the non-profit donor model endemic to independent news. Independent news organizations have always put mission over profit. Most independent news outlets in the 20th century were organized as non-profits, either refusing to take ads or ensuring that ads made up only a very small percent of their budget. That’s because they wanted to answer to readers, not advertisers. Because independents always have looked to their audiences for their primary support — through subscription, donation, events, and merchandising — they have not seen a significant dip in revenue as a result of the digital revolution.

New outlets see that the independent model is stable; however, they also see that it is low-budget. While independents are resilient, they also struggle every year to make ends meet. That’s because their audiences rarely are willing to pay the full cost of news production.

Enter patrons. A patronage model gives news outlets a model that can work in the digital era with much more revenue than they could harvest from $10 and $50 donations. But is this a real model for independence?

Chris Hughes, the patron of The New Republic. Photo by USV
and used here with Creative Commons license.

The idea behind an independent media is simple: Editors should answer to the public, not to business. A publication should fulfill its mission, not a profit motive. Does a patronage driven model answer that description? No. No way.

Editors at patronage driven outlets, whether the patron is deeply involved or off in the background, must always keep the patron as their primary audience. If the patron is not happy, the operation will fold. All the money will be gone. It doesn’t matter if the patrons “don’t get involved in editorial” in the same way that it didn’t matter if there was a “firewall between advertising and editorial” in the old corporate media. Look at who pays the bills, and you will know who controls the media.

I challenge Glenn, Gabriel, and even PandoDaily’s Paul Carr: If your patron(s) pulled out tomorrow, would you still be in business? If not, in what way can you say you are truly independent?

I can imagine the response. “I don’t care if we fold tomorrow; all I care about is what I can report today.” That may be true. Some reporters have the luxury of only caring about the story. But that’s asking a lot of any reporter—to put their paycheck on the line for a story. Can you really have an entire newsroom of that kind of person? (and if so, is it a diverse newsroom, full of people of all income levels, who can afford to lose their paycheck so readily)?

In the digital era, the only truly independent media are media that depend for their existence on their readers, listeners and viewers. Independent media should strive to ensure that at least 50 percent of their revenue comes from the small donors — the folks who give $10 or $50 or $100 a year. Who pays you matters.

2 responses to “The Problem With Media Patronage”