2014: The Year of Personalized Journalism Ethics 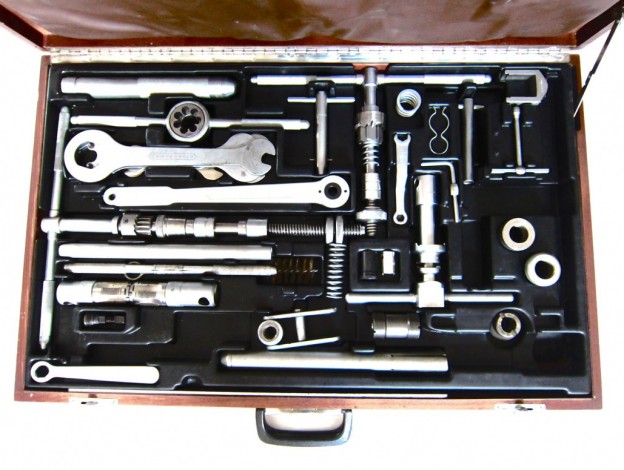 By Italian_Bicycles [CC-BY-2.0], via Wikimedia Commons

2014 brought us the year of My Journalism Ethics. It was the year that “personalizing” journalism ethics went mainstream. Big time.

Major journalism associations, from the Society of Professional Journalists (SPJ) to the Online News Association (ONA) grappled with the problem of writing ethical guidelines for an increasingly personalized, opinionated, and politically biased media sphere.

Some journalists embraced personalization – the idea that it is up to each journalist or each outlet to create and “customize” their own guidelines. Others rejected it. In either case, personalized ethics – “Do-It-Yourself (DIY) Ethics” – was topical and contested.

More importantly, it has set the course for journalism ethics in 2015 and beyond.

What is personalized journalism ethics?

Start with a few general principles – a minimum of “content” – and then give journalists the tools (e.g., forms of reasoning) to construct rules adapted to their practice and audiences.

This is micro ethics: the ethics of specific platforms. It is not the traditional macro approach of journalism ethics which provides general norms for all journalists.

Personalization asks us not to think of a code as a content-based document with many principles. Instead, think of a code as a process for those who wish to write their own codes. The code is a tool kit. It adopts only a few common principles, such as truth-telling and accuracy. Then the code provides advice, such as questions to consider for writing guidelines.

Rather than a rich body of common principles for all journalists, there is a common process for code writing for types of journalists.

Photo by Jessica Spengler on Flickr and used here with Creative Commons license.

DIY ethics did not emerge fully grown in 2014. The trend is the third and latest response to the current crisis in journalism ethics: the collapse of a craft-wide consensus on its ethics – on its aims, principles, and best practices.

Everything is up for grabs.

The first response occurred roughly between the late 1900s and 2006, from the rise of online journalism and the birth of Twitter. An ethics “civil war” erupted between professional journalists and citizen journalists as to who were the real journalists and whether principles of gate-keeping journalism, e.g., objectivity and pre-publication verification – were still valid. Some new media journalists said fuddy-duddy ethics did not apply to the free online world.

The second response occurred between 2006 and 2011. The trend was mainstream accommodation. News outlets, from the BBC to the AP, wrote up guidelines on how their journalists should use social media and opine on their personal blogs. Perhaps the mainstream could civilize the online horde and re-establish order in the media universe.

The third phase, from 2011 to today, is the growing popularity of personalization as a way to re-establish journalism ethics across many forms of journalism, not just legacy media.

Personalization signaled that many journalists were skeptical of the possibility of a new consensus on ethics. In the end, journalism ethics may turn out to be a plurality of codes suited to particular practices, without overarching common principles. Pluralism, fragmentation and micro ethics was king; universal, macro ethics was not.

The Online News Association is helping journalists create their own ethics codes.

The best example of personalized ethics in 2014 is the ONA’s current attempt to develop guidelines for members. The ONA site encourages its members to “build your own ethics” using the tools provided by the code. The ONA is “curating a toolkit to help news outlets, as well as individual bloggers/journalists, create guidelines that respond to their own concepts of journalism.”

The toolkit starts with a small set of common principles such as tell the truth, don’t plagiarize and correct your errors. Journalists make a choice between traditional objective journalism, where your personal opinion is kept under wraps, and transparency journalism, meaning you can write from a political or social point of view as long as you’re upfront about it.

Then, the toolkit provides guidance on constructing guidelines for about 40 areas of practice where journalists might disagree, such as removing items from online archives, use of anonymous sources and verification of social media sources.

In a previous column, I contrasted this approach with the SPJ’s revision of its famous code of ethics, approved by members earlier this year. I said the SPJ used a de-personal approach because the revisions maintained the code’s commitment to speak for all professional journalists. It did not name specific forms of journalism. Also, unlike the personalized approach, the SPJ code remained rich in content, articulating many common principles and norms.

For some, the DIY approach is a positive, inclusive and democratic approach, suited to a plural media world. The end of the dream of macro journalism ethics. For others, it is an abandonment of journalism ethics, an ill-timed concession to ethical subjectivism.

It is customary for year-end reviews to fearlessly predict the future. I will not shrink from this tradition, even if it may be foolhardy.

However, I believe this third stage should give way to a fourth response, an integration of both approaches. This journalism ethics combines macro and micro, common principles and personalized applications.

Getting the balance right will be difficult.

Nonetheless, journalism ethics will have little future, and certainly little public credibility, unless it has the following features:

Fourth-response journalism ethics will be a more complicated, sophisticated enterprise than in the past. There is no avoiding the complexities.

Suppose that journalists ignore this advice and create a simpler personalized ethics that is subjective or idiosyncratic. It announces what they, as individuals, believe, and what ethical restraints they accept. Full stop. There is no serious attempt to link these values to the practice of journalism at large, or to provide more objective reasons for affirming their values. Then they ask the public to accept their values, and to trust that they will follow their self-created, and self-announced, ethical values.

Given the level of public cynicism about journalists, they will be laughed derisively out of the court of public opinion. The public simply will not buy the idea of journalism ethics and self-regulation as anything less than a practice-wide accountability based on public principles.

The public will not buy an individualized My Journalism Ethics.

Is a new integrated ethics possible? It does not exist. Will it ever exist?

That is the trouble with predicting the future. One can always think of many obstacles. The world does not always satisfy our wishes, especially in ethics.

However, the rise of personalized ethics in 2014, especially in the form that it has taken in the ONA, advances our evolving response to ethical problems.  Personalization forces out into the open the key questions of journalism ethics today.

Gradually, we get glimpses of how to redefine responsible journalism for a digital world.

One response to “2014: The Year of Personalized Journalism Ethics”