Why New Journalism Ethics Have to be Public, Not Personal 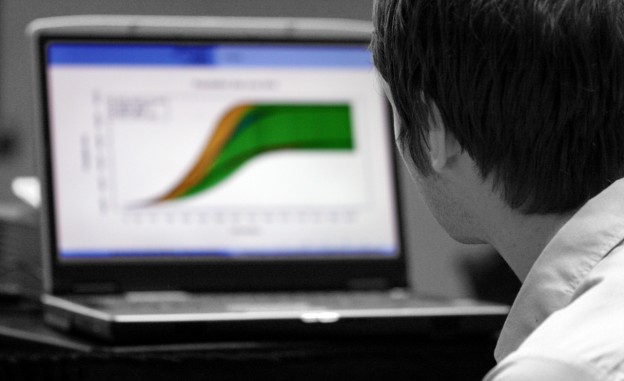 How should we reconstruct journalism ethics now that a media revolution has left a pre-digital, professional consensus in fragments?

That appears to be the question for ethicists and journalists who care about ethics. Yet the question is contested.

"The idea of journalism ethics as largely (or ‘only’) personal or subjective is misleading..."

Some journalists are skeptical about any attempt to forge a new practice-wide consensus on aims and principles. There are too many practitioners, too many platforms, too many conflicting values. Journalism, it seems, is irrevocably fragmented. As I noted in a previous column, there is a trend toward a “personalized” or “Do It Yourself” approach. Journalists construct their own ethical guidelines.

Personalization conjures up the image of journalism ethics breaking up into an archipelago of isolated “islands” of value, one for each type of practice. In many cases, the underlying ethical position for such a view is subjectivism or relativism: Each person or platform have their own values. Journalism ethics, then, is not a public ethic that applies across a practice. The justification of norms seems to reduce to: “Because these values are mine.”

I oppose any view that grounds the new digital journalism ethics in subjectivism.

Why is ethics “public”?

An ethic for conduct can be public in two ways — in terms of topic and in terms of justification. An ethic is public in topic if its role is to discuss and evaluate conduct and policies with significant public impact, such as an ethic for police actions during protests or an ethic for allowing terminally ill patients to die. An ethics is public in justification if it is required, ultimately, to justify its norms by reference to some conception of the public good, not individual goods. Often, types of conduct have a public ethic in both senses. Typical examples are social practices, professions and institutions. The ethics of law and medicine are not grounded in rules determined by each practitioner, subjectively. These disciplines are governed by practice-wide codes that are justified by public goods such as a fair justice system and good public health. The more a social activity takes the form of a practice, profession or institution, the more society demands explicit public codes concerning transparency, conflicts of interest and other matters. For example, few people would doubt that a tough public ethic should govern the office of the public prosecutor. For hobbies or social activities with minimal negative impact, calls for a special and strict public ethic are out of place.

Journalism ethics is a prime example of a social practice that, given its impact on society, cannot avoid grounding its primary principles and aims in a public ethic. Historically, journalism changed from a hobby and social activity in the 1600s to a social practice in the next century. New constitutions in revolutionary America and France recognized the press as a “fourth estate” and as an institution which deserved constitutional protection. By the late 1900s, the emergence of a powerful mass commercial pressure, with a virtual monopoly on news, raised concerns whether journalists would serve the public interest. In response, journalists in the United States and elsewhere created their first explicit public ethic — codes that applied across the new profession. The familiar principles of such codes –– impartiality, verification, accuracy — were justified in a public manner, in terms of the democratic function of journalism.

Ethics belongs to the public

These points lead me to my main conclusion — journalism ethics does not “belong” to journalists. Journalism ethics belongs to the public. Responsible journalists must formulate principles that meet the “media needs” of citizens in self-governing democracies. There are at least six media needs:

Informational needs: Citizens cannot be vigilant and informed without access to a rich informational soup of facts and reports about their world.

‘Perspectival enrichment’ needs: Citizens need informed commentary, criticism, and multiple points of view on the information they obtain, and on the state of their society.

Advocational and reform needs: Citizens should be free to go beyond commentary to use media to advocate for causes, and push for reforms, or to hear the positions of advocates.

Participatory needs: Citizens should have the ability to participate in a meaningful fashion in the discussions and debates, and the sharing of facts and analysis.

Dialogic needs: Citizens should have the opportunity to be part of reasonable and informed dialogue on common concerns, and not be subject to disrespectful attacks.

Therefore, journalists have no special authority to simply announce ex cathedra, as individuals, as users of a specific platforms, or as a collective, what values they honor. They must show how their values are well-grounded in the six media needs. Of course, they can make such announcements but their assertions will lack any social force unless the journalists show how their principles promote the public good, and not just their subjective or idiosyncratic aims.

Subjectivism can damage a free journalism. If citizens are told by journalists that they make up their own ethics, then citizens may conclude that tougher press laws are needed. “Ethics as subjective” makes a hash of the idea of journalistic self-regulation. The latter refers to a practice-wide accountability for conduct. The “self” in “self-regulation” does not mean that each journalist regulates their conduct on their own.

Ethics as subjective and non-public runs counter to the development of a journalism that is global in reach and, therefore, incurs global responsibilities. It is true that the globalization of media confront us with subjectivity in ethics, in the form of different media cultures. But it also surprises us with commonalities. Ironically, the awareness of variation does not call for a retreat to subjectivism and personalized ethics but the reverse — for a public global ethics. We need to engage in a public dialogue across borders on journalism and on global society. The public principles of a pre-digital journalism ethics are transposed into a global key. Practices, such as reporting on global issues, are evaluated by principles of universal human rights, global justice and the flourishing of humanity as a whole. Here, subjectivism cuts little ice.

To argue for a public ethics is not to argue that there cannot be differences in the aims and values of types of journalism. For example, the non-objective approach of satirical journalism differs from the objective approach of mainstream reporting. Yet both approaches can be justified by broad public principles concerning the need for a diversity of journalism forms in an open society. A public approach only insists that differences are not just asserted, or said to be personal. It should be possible to justify differences from a public point of view.

The future for journalism ethics in a global world is not subjectivism. The future is a difficult but crucial discourse across great differences, even if a global consensus is not in view.

One response to “Why New Journalism Ethics Have to be Public, Not Personal”