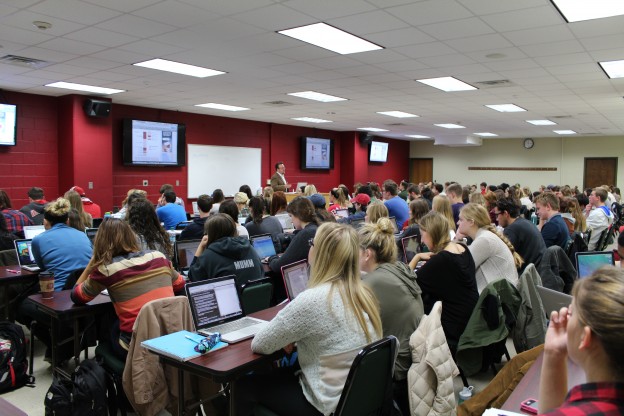 Historically, journalists generally behaved as though political scientists’ focus on the state of the economy and presidential approval had little to offer their elections coverage. And political scientists treated campaign coverage’s focus on the horse race and shifting campaign narratives as factors that were almost completely unrelated to what actually has the virtue of affecting people’s vote choice.

As a former journalist turned political scientist turned journalism and mass communication professor, I find it remarkable and heartening that this Sharks/Jets divide has waned considerably in the past five years.

The rise of major mainstream media attention to the blogging scholar—moving in parallel with the rise of data journalism, web-based journalism start-ups and mainstream outlets using scholarly techniques, evidence, and writers to make a name for themselves—suggests that the time has come for journalism educators to reinvent how they teach up-and-coming reporters to cover elections

The rise of major mainstream media attention to the blogging scholar — moving in parallel with the rise of data journalism, web-based journalism startups and mainstream outlets using scholarly techniques, evidence, and writers to make a name for themselves — suggests that the time has come for journalism educators to reinvent how they teach up-and-coming reporters to cover elections.

Here are some skills — and ways students can practice them — that journalism educators can teach budding reporters so that they can productively engage “the science of elections coverage.”

1. Focus on Electoral Consequences Instead of the Horse Race

A look at the search engine Bing’s predictions for the gubernatorial elections across the country. Image courtesy of Bing.

The major problem with most campaign reporting is that the focus on the horse race detracts from what elections are really about: the kinds of policies that will or will not be passed after the election. Reporters can use political science research to cover the possible consequences of different electoral outcomes. For example, James Avery and Mark Peffley showed that states in which lower income voters made up a larger share of the electorate were more likely to pass less restrictive welfare eligibility guidelines. Teaching students to frame their stories around what scholars know about how laws get made with potential election results can highlight to voters how important elections are.

2. Despite the Drama of the Horse Race, Elections are Largely Fundamental

When teaching the science of elections coverage, make sure that students know that:

Framing stories around facts like these prompts a de-emphasis on the latest poll, ad, or strategic maneuver a campaign makes and encourages reporters to give more scrutiny to whether a message is likely to matter rather than speculate that each movement on the campaign trail is a “game changer.”

3. Understand When the Message Matters

Lynn Vavreck, a political scientist who also writes at “The Upshot” for the New York Times, found that while good economies help incumbents, campaign messages — properly contextualized — matter. Candidates advantaged by the state of the economy must build their campaign message around the economy to be effective while candidates disadvantaged by the economy need to work hard to make other issues salient to the voters and the news media – a tall order in most campaign cycles. Journalists can use their unique access to candidates and their staffs to report about why campaigns are or are not using what research has shown to be their most effective strategy.

University of Wisconsin-Madison fact-checking scholar Lucas Graves had his reporting students engage in fact-checks during the 2012 election cycle. Generally following the PolitiFact guidelines, he recommends students choose to fact check “very precise claims” so they can be determine whether the claim is true or false. After choosing the claim you’ll analyze, call the source of the claim to give them a chance to explain the claim and offer the evidence used to make the claim. Third, find the best evidence available (usually government statistics) to examine the claim, and if you can’t decide, search for impartial experts (or experts from think tanks of both left- and right-leaning organizations) to weigh in on the matter.

The rise of available and buildable “big data” means we have to teach journalists how to analyze and understand data so that they can write accurate, meaningful campaign stories. From whom are candidates raising money and how much are they spending? Where are they airing their ads? Who has the largest Twitter presence? Can we tie those tweets to votes? University of Nebraska-Lincoln professor Matt Waite’s Data Journalism syllabus is an excellent example of how an instructor can introduce students to database management, simple statistics, coding, and strategies so students can synthesize these tools with traditional journalistic analytical and writing skills to produce truly original reporting.

I co-taught (with former ABC World News Tonight executive producer Kathy Christensen) “The Science of Elections Coverage” during the 2012 presidential primaries. The course was one part scholarly research on campaigns and one part using that scholarship to produce real reporting. Students would learn about a concept like “issue ownership” or how party insiders and activists play a key role in who their party’s nominee will be and watch video from a campaign event. Then they’d write a series of deadline-driven news posts and tweets, shoot a short video stand-up, create an alternative story form, and write a stand-alone story for tomorrow’s paper – all integrating the research with things they saw the candidates saying and doing.

Outside of cultivating their own sources and keenly observing what they see on the campaign trail, journalists need to know where they can reliably look for answers. Neither professional nor student journalists have the time, expertise and resources to consistently know how what they are covering fits into the scholarly canon. Reporters can learn the state of the art regarding the determinants of election results from a few good books that provide an overview of elections and political behavior, excellent blogs like Mischiefs of Faction and data-oriented journalists at The Upshot, Pacific Standard, FiveThirtyEight, Vox and Bloomberg, and scholarly blogs that have been snatched up by the mainstream media like the Washington Post’s Monkey Cage, the gold standard of political science blogs.