9 Things the Best Political Reporters Do 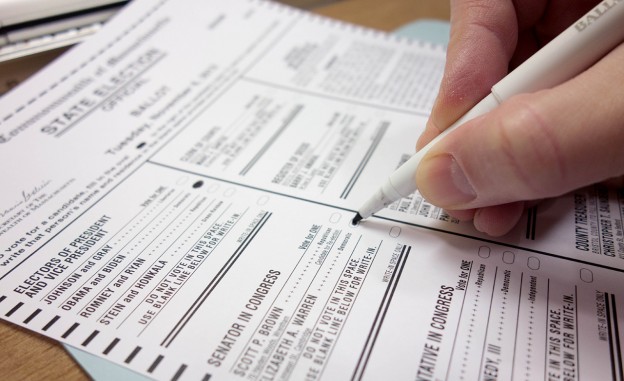 Photo by Ken Zirkel on Flickr and used here with Creative Commons license.

The political reporter’s professional toolkit keeps expanding. Journalists are using social science research, “big data” and innovative alternative story formats to better serve their audience. Journalism education is catching up too, as Vicki Krueger and Katherine Krueger have shown here on EducationShift. I’m a long-time critic of political news coverage that treats politics like a game, ignores the structural factors that outweigh the force of big personalities when it comes to policymaking and winning elections, and acts like calling on politicians to “lead” solves everything. But I am delighted to shine a spotlight on nine things political reporters are doing to give their audience a much more comprehensive and accurate picture of the state of the American experiment. Those of us in classrooms should be sharing these same approaches with our students as we help them cover this election season.

1. Today Rarely Changes Everything
Too often, the latest poll or negative ad is treated as “game changer” when, in fact, the game remains the same. Last week, Dan Balz drew from the research of seven different political scientists to show that the 2014 midterm elections and the 2016 presidential election would not change the fundamental structure of partisan polarization that is paralyzing Congress.

2. This Year Probably Isn’t That Different
Francis Wilkinson used elections research to write this tongue-in-cheek essay about how political scientists were destroying the narrative that the 2012 election was different than all the others. Pacific Standard magazine has Seth Masket, a national expert on political parties, writing a column where he regularly uses data to show how structural factors like the state of economic growth are far more consequential in determining elections than a campaign’s newest attempt to engage young voters via text messages.

3. Partisanship and Institutional Structures Beat Drinking, Golfing and Leading
If only President Obama would stop being so aloof to Republicans, the story goes, he could get things done. Recently, Ezra Klein added to the excellent contextual reporting he has done at vox.com, The New Yorker and the Washington Post to show how the structures of politics (divided government, polarization, economic growth) make it nearly impossible to accomplish much across party lines in Washington these days.

4. Show Me the Context!
Pitting strong political personalities as combatants in a mano-e-mano contest of wills is exciting, but it is rarely accurate. Dubbed “the most political science friendly reporter in America,” Craig Gilbert’s series on partisan polarization is a model for other news outlets to follow. The Milwaukee Journal Sentinel’s special reports blended an innovative use of maps built from publicly available data, easy-to-understand public opinion graphics, person on the street video interviews, a wide array of interviews, and a partnership with a public opinion scholar to tell a set of truly original stories, rooted in scads of evidence, painting a comprehensive picture of polarization in Milwaukee. Great context need not be data-driven. The Atlantic’s Molly Ball built on interviews and historical accounts in her intriguing piece on what Republicans could learn from recent Democratic electoral success. Ta-Nehisi Coates’ provocative essay “The Case for Reparations” relied on a deep engagement with historical, political and sociological research to make an important normative argument.

5. Tell Great Stories with the Right Evidence
Outstanding political reporting is more than cutting down a 30-page sociology article in an academic journal to 800 words in the newspaper. The New York Times’ David Leonhardt won a Pulitzer Prize for his excellent columns focusing on the housing bubble, health care reform, education and the deficit. Many of these pieces were brilliantly executed pieces of traditional reporting where Leonhardt asked interesting questions and doggedly pursued the best information available to answer the questions.

6. Use Big Data to Make the Internet and Interact with Their Audience
The digital team at the Chicago Tribune used data detailing violent, property and quality of life crimes to create a series of graphics detailing when and where various crimes take place. For good measure, they also built a searchable database allowing readers to get street-level detail regarding reported crimes in their own neighborhoods, maps pinpointing where crimes occurred (complete with links to Tribune coverage of the crimes).

7. Aggregate!
Nate Silver might have made aggregating public opinions polls famous, but a bevy of political journalists are either aggregating polls themselves or making use of multiple polls from multiple sources when seeking to uncover whether important movements in public opinion are emerging, shifting or holding steady. The simple truth is that any one poll can be misleading, as folks like Bloomberg View’s Jonathan Bernstein and FiveThirtyEight’s Harry Enten regularly remind us.

8. Letting the Audience Play with Data
The rapid and transformational technological developments of the past few years make it easier than ever for political journalists to interact with the audience. The data journalism-oriented “The Upshot” at The New York Times is one of many news organizations building fun, useful and informative interactive graphics sandboxes in which their audiences can play for hours. From examining how your birth year is correlated with your political views to putting a jobs report into context, these kinds of interactive graphics give people the chance to see how small changes in one variable can lead to massive changes in another.

9. Avoid Looking for Independents to Save Us
Every election season, and sometimes in-between trips to the ballot box, reporters and columnists call on Independents, a third party, or “the middle” to rise up and save our democracy. Recently, columnists like Thomas Edsall (note: the linked piece refers to my own research) and scholars like Linda Killian have written about the diversity found in the political center. Even for those Americans who are honest to goodness centrists, detailed explanations, like Huma Khan’s on ABC News’ “The Note” point out why Independents won’t be game changers in the coming years in American politics.

What’s particularly heartening for a former reporter and current journalism professor like me is that this list is just a start. Indeed, the reach of social scientists’ blogs like The Monkey Cage, Mischiefs of Faction, PostEverything’s Dan Drezner, tressiemc and more are either now a part of the mainstream media or sources journalists regularly use in their work. There are certainly many problems with contemporary political journalism in the United States but, to borrow and alter a favorite line of Bill Clinton’s, there is nothing wrong with political journalism that can’t be fixed by what is right with political journalism.