8 Digital Tools Every Journalist Should Try 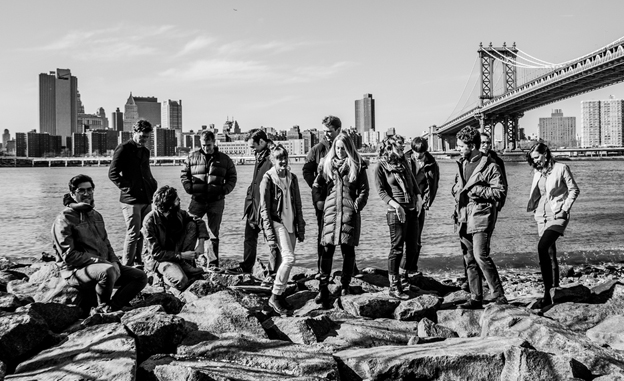 The team at Creatavist, who have created one of the top tools for journalists to check out, according to Eric Newton

When Charlie Beckett asked me to join the Polis journalism conference this week at the London School of Economics and Political Science, he showed the depth of his university by asking a surprisingly practical journalism question for a school ranked No. 2 in the world in the research-laden “communication and media studies” field.

Beckett wanted to know about the newest digital tools journalists are using to do accountability journalism (which some of us still call watchdog journalism). My first reaction was to mention some of the “golden oldies” Knight Foundation has funded and followed: the encryption software Tor; the investigative paper-tamer Document Cloud and its advanced story-finding cousin Overview; the visual storytelling tool Timeline JS; and the classic crowdmapping application Ushahidi. These are, all in all, used by thousands of journalists and newsrooms and are the subject of the regular digital tools tutorials supported by the American Press Institute, the Poynter Institute and Knight. But then I saw Jonathan Stray was coming to talk about Overview. You can’t top that.

"How can we learn to use these tools not in human years, or dog years, but in digital years?"

I say golden oldies because in digital years a lifetime for a product seems like about 21 months. “Moore’s Law”  predicted chip-processing power would double about every 18 months. It more or less has for decades, and each wave of chips remakes the digital world. In digital time, that means a tool born in 2012 was born a lifetime ago.

There’s nothing wrong with the classic tools; they just aren’t the latest ones. So I turned to Ben Wirz, who a couple of digital lifetimes ago joined Knight as director of business consulting. Ben helps lead the Knight Enterprise Fund, which invests in startup companies.

Here are his notes on tools journalists and news organizations should try:

1) Creatavist: Enables beautiful, media-rich publishing to the web, e-books and mobile apps. More than 8,000 users. Free for individuals. Samples are here and here.

2) Videolicious: A simple way to generate videos from a mobile device, it’s being used by more than 100 publishers, particularly newspapers. Free for individuals. A demo is here.

3) Pop: A new kind of mobile visual storytelling approach that launched in February. Being used by NowthisNews. Free.

4) Wickr: The safest way for journalists—and anyone—to communicate via mobile, and more than a million people are using it. Free.

5) Captricity: A low-cost data crunching tool that can be used to cheaply process paper forms into digital data. Paid. A demo is here.

7) Crowdtangle: A simple way to track and optimize content for social media. Paid.

8) Submittable: Helps solicit, collect, edit and charge for submissions. More than 10 million submissions and $4 million generated by publisher customers in 2013. Paid. You can sign up for a demo account here.

Colleague John Bracken, who oversees the Knight News Challenge, the Knight Prototype Fund and other grant-funded media and information investments, suggests journalists take a look at Watchup, which collects and plays videos of interest to you in a daily newscast and calls itself “the fastest way to watch news on your iPad.” He also recommends looking at the News Challenge: Open Gov. More on good ideas at the intersection of journalism and technology may be found on Bracken’s blog.

Good tools are coming at such a rapid rate that it is probably time for some kind of journalistic version of Consumer Reports, which would test and rate them in an organized way and let everyone know what’s taking off. Many of our good tool-watchers cover things as they happen. That’s excellent, but not the same as a comprehensive comparison. A really great, constantly updated, journalism-friendly guide to new tools will be illustrative in more than one way. When you see the scores of powerful new tools out there, and realize how many are good and how few we from traditional media seem to have the capacity to absorb, you ask the proper question: How can we learn to use these tools not in human years, or dog years, but in digital years?

This post originally appeared on Knight Blog, the blog of the John S. and James L. Knight Foundation.

2 responses to “8 Digital Tools Every Journalist Should Try”