Mediatwits #112: ‘Unplugging’ Rises in Popularity, But Is it Really Necessary? 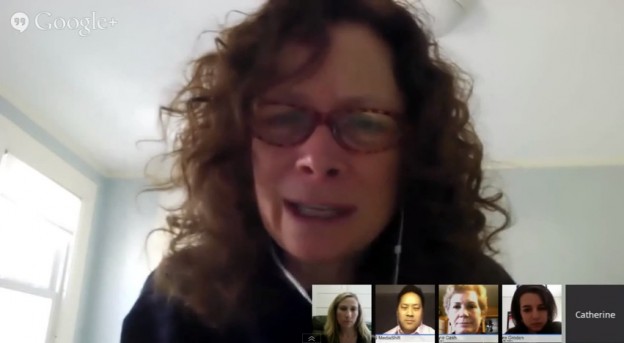 In a single day, the average American spends eleven hours with digital media. With so many ways to stay connected, it can be difficult to power down the screen and engage with the world beyond it. But sunset on Friday, March 7, offers an excuse to get off the grid. The National Day of Unplugging, which lasts until Saturday at sundown, is a celebration of face-to-face interaction. It’s also a challenge. Carving out a day of the week to exist outside of the digital world, for many Americans, sounds like an impossible task. This week our podcast panelists discuss the benefits and pitfalls of unplugging. We’re joined by Tanya Schevitz of Reboot and the creators of the National Day of Unplugging. We’ll also chat with Dr. Catherine Steiner-Adair, author of The Big Disconnect: Protecting Childhood and Family Relationships in the Digital Age, and Dr. Hilarie Cash, the co-founder of an internet addiction recovery program. Mark Glaser is out this week, so our esteemed regular Andrew Lih will be filling his shoes, and regular panelist Monica Guzman of The Seattle Times and Geekwire will join as well.

"My brain works so differently when it is not on technology," says Monica Guzman.

Tanya Schevitz is the National Communications and San Francisco program manager for Reboot, a Jewish think-tank that aims to reinvent the cultures, traditions and rituals of Jewish life. Tanya joined Reboot after 12 years as a staff reporter at the San Francisco Chronicle.

Catherine Steiner-Adair is an internationally recognized clinical psychologist, consultant and speaker. In her book, The Big Disconnect: Protecting Childhood and Family Relationships in the Digital Age,Catherine examines ways in which technology and media are putting our children at risk at every stage of development, and challenging what it means to be a family. A leading expert on psychological and emotional wellbeing, she consults with corporations and non-profits on work, family and life balance in the digital age.

Hilarie Cash is co-founder of reSTART: Internet Addiction Recovery Program, the first program for adults suffering from Internet and video game addiction in the US or Canada. She began her pioneering work in this new field in the mid-90s. By 1999 she had co-founded an outpatient clinic called Internet/Computer Addiction Services in Redmond, WA (home of Microsoft) and, in 2008, co-authored the book Video Games and Your Kids: How Parents Stay in Control.

March 7 is the The National Day of Unplugging — a sundown-to-sundown self-imposed electronics exile inspired by the Jewish sabbath, which begins each Friday evening and ends at nightfall on Saturday. The traditional sabbath has been an opportunity to spend time with family and rest after a week of work. Some abstain from using electricity or driving as a symbol of absolute relaxation and reflection. The National Day of Unplugging is the 21st century digital sabbath.

Dr. Steiner-Adair argues in her book that technology changes the social fabric of families, providing new parenting challenges and creating a barrier in relationships. It can even become an addiction, as some internet users find themselves unable to tear themselves away from the limitlessness of cyberspace. Despite all of the marvels of the digital age, are the nine hours in front of screens everyday stealing too much time away from face-to-face interaction? The National Day of Unplugging was created five years ago, before rich online human interaction became so common. Today, we have many digital forms of human-oriented engagement too — online dating, social networking, Skype video, Google Hangouts, Facetime, Snapchat and other live connections to others. Are the digital sabbath concerns the same, five years later, or do we need to guard against new dynamics and addictions?

Tips for Unplugging and What to Do Once You Do, by Tanya Schevitz

How Do You Unplug When You Live and Work Online? by Dena Levitz

Bitcoin’s Mysterious Maker is Said to be Identified (NYTimes)