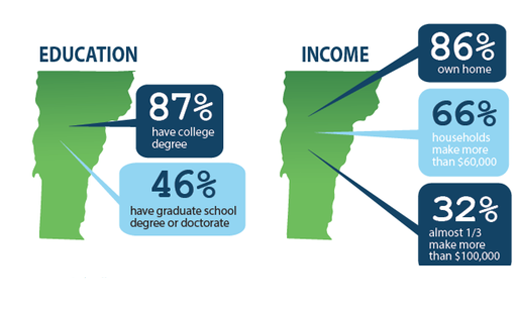 The INNovation Fund is a partnership between Knight Foundation and the Investigative News Network.

Non-profit newsrooms have a new opportunity to boost their business capacity through the $1 million INNovation Fund, a partnership between the Knight Foundation and Investigative News Network. Beginning Feb. 1, non-profit and public news outlets can apply for entrepreneurial micro-grants worth up to $35,000.

Before you hit the send button on that application, though, pay attention to some advice from Knight’s Marie Gilot, who told Nieman Journalism Lab that applications “will need to have a proper understanding of the site’s audience” as well as a plan of action and methods for measuring success.

"Earning an audience’s loyalty and attention is a lot easier when you take the time to listen."

I found Gilot’s comment about audience awareness to be particularly telling. For too long, too many journalists (myself included) took their audience for granted. That’s not a viable attitude anymore — today’s news consumers have infinite options, which means it is imperative for media outlets to deeply understand their audience and earn its attention.

find ways to grow your audience

Over the past two years, I’ve learned a lot about audience engagement strategies while visiting news outlets in the United States and United Kingdom for my forthcoming book, “Engaged Journalism.” Knowing your site’s analytics and traffic patterns is just a starting point. Another basic, fundamental step is conducting a survey that sketches out a more detailed portrait of your audience.

Here at The Texas Tribune, an audience identification survey in May 2012 (conducted for free, by the way, via Google Forms) drew 872 responses in two days. It unearthed some interesting nuggets: The Tribune found out that 91 percent of its readers are college graduates, 96 percent voted in the last election and 52 percent have a household income over $100,000. That’s a smart, affluent audience, so the Tribune trumpets the survey results to potential sponsors and advertisers in the site’s media kit.

Other non-profit news outlets have found that audience research can translate to business success. VTDigger, a political news site in Vermont, conducted a similar audience survey and also summarizes the highlights (pictured above) in its media kit. In an interview for an earlier NewsBiz post, founder and editor Anne Galloway told me that the survey results immediately became a selling point that helped attract more sponsors and underwriters.

“It’s made a huge difference for us, because we’re able to show sponsors that our readers are very civically engaged,” Galloway said, noting that the survey found VTDigger readers “are involved in their communities on many different levels — they’re churchgoers, they’re volunteers at schools, they’re very politically active. More than 95 percent of them vote every year. And they have interests that underwriters appreciate — they’re outdoorsy, they like to ski, they like to go to cultural events and that kind of thing.”

Another non-profit news stalwart, Voice of San Diego, uses SurveyMonkey to administer reader surveys. Mary Walter-Brown, the site’s head of advancement, recently observed that surveys can be even more revealing when the target audience is broken down into specific segments — for example, separating results between people who have given the site money and those who haven’t, e-mail subscribers versus non-subscribers, and the like.

Kevin Davis, the Investigative News Network’s CEO, told me that when he reviews applications for the INNovation Fund, he’ll want to see not only details about a news outlet’s existing audience but also a solid plan showing how a grant will help that audience grow.

Finding and cultivating the people you aren’t currently reaching is a key premise behind a four-part audience research initiative now underway at the Tribune, spearheaded by Tim Griggs, my partner in the Knight-funded Texas Tribune Fellowship program.

As Griggs describes it, “The four phases are: 1) Market sizing, to help the Tribune understand its total potential audience; 2) Qualitative research (focus groups) that help shed light on what attributes make moderate-to-heavy users different from non-users, 3) Quantitative research (surveys) that will help paint specific audience profiles of users and prospects, and 4) Creating a user insight panel to call upon for informal feedback and beta testing.”

For Phase Two, the Tribune convened a pair of real-time, online focus groups in late January — one group of regular, loyal Tribune readers, and another group of heavy digital news consumers who are interested in the subjects the Tribune covers, but don’t use the site.

For the Tribune staffers who watched the online focus groups, the feedback was both affirming and humbling. On the plus side, existing users from varied political backgrounds vouched for the Tribune’s nonpartisan coverage and reported strong familiarity with many of the site’s news products and events.

On the other hand, none of the existing users said they had donated money in support of the Tribune. And non-users viewing the Tribune for the first time expressed confusion and skepticism about the site’s mission, its sources of funding, the originality of its stories and even the trustworthiness of Tribune news apps that collect public data from state agencies. All this for a site widely considered to be one of the non-profit news world’s “runaway success stories.”

In some ways, the blunt but honest feedback from the group of non-readers was more valuable than the praise from regular Tribune users, said Amanda Krauss, the Tribune’s director of technology.

“I’m actually kind of happy to see they were skeptical and we had to impress them,” Krauss said. “We have to work harder? OK, we’ll work harder … It gave us direction. It wasn’t just a pat on the back.”

In other words, earning an audience’s loyalty and attention is a lot easier when you take the time to listen.