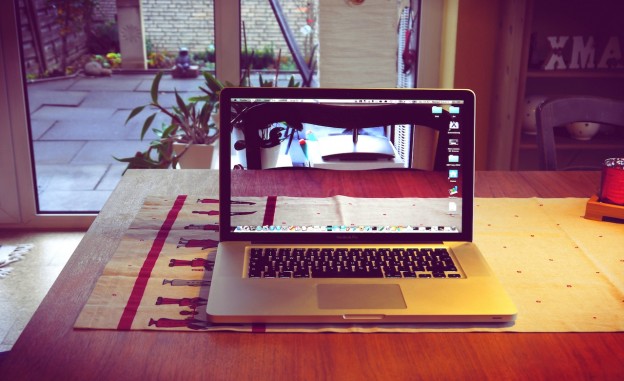 Transparency, according to optimistic accounts, is the answer to bad government and wrongdoing by corporations and news media. Let the “sunshine” of transparency enter the public domain and watch these evil forces retreat.

"In its rightful place, transparency is a public good. But when transparency [is] over-hyped and replaces important values -- it distorts the ethics of democracy and media."

Transparency — monitoring how agencies operate — goes back to the trumpeting of “publicity” as a check on secretive government in the 18th century.

In its rightful place, transparency is a public good. But when transparency is “out of place” — when it’s over-hyped and replaces important values — it distorts the ethics of democracy and media. An understanding of what transparency can and cannot achieve is important because, across Western society, it is invoked as a master norm.

In journalism, transparency is fashionable. Journalists who reject objectivity say: “I am biased but I am honest and transparent. I tell people where I am coming from.” Practitioners of the new nonprofit journalism use transparency to justify their close relations with funders.

Textbooks and codes of ethics make transparency a principle of good practice.

Transparency is more than a buzzword. Too often it is a magical idea — a norm with seemingly magical powers to restore democracy. It is a “god” of institutional ethics.

Academic studies indicate that transparency cannot meet our expectations. Transparency, even where it is practiced, is insufficient to ensure ethical conduct, and may even lead to a risk-averse culture of management. The fact that everything is public, or potentially public, changes how people act on many levels — and not always for the better.

Hyping transparency distorts media ethics in several ways: It misunderstands the basis of media ethics, while blurring crucial differences among concepts; it wrongly implies that transparency can replace other principles and can resolve ethical issues created by new media.

So, what should be the proper place of transparency in journalism ethics?

Transparency is part of a web of values that journalists should weigh when making decisions. Often, other values trump transparency. Transparency is not an all-powerful god. It is only one of the gods in the pantheon of media ethics.

My view consists of four claims:

Media ethics can only exist when journalists have agreed to use responsibly their powers of publication. Being responsible means two things. First, a story-based responsibility: considering the impact of stories, following norms that restrain reckless publication and correcting errors. Second, a society-based responsibility: a commitment by journalists to fulfill their social role in democracy — accurately informing a public, revealing abuses of power, and providing a plurality of perspectives. Only after we agree to do responsible journalism in the public interest do we move on to consider to what degree, and in which situations, journalists should be transparent.

Whether a journalistic action should be fully transparent depends on notions of responsibility and social role, plus what other values are in play.

Good professional practice is a holistic affair. Practitioners should honor a web of norms. Journalism ethics consists of norms for doing journalism — accuracy, verification, fair editing and minimizing harm — and norms for showing how the journalism was done, such as accountability and transparency.

Transparency finds its place within this web of norms.

Over-reliance on one norm may permit shoddy practice. Recent egregious errors in online journalism — e.g., the misidentification of suspects in the Boston Marathon bombing and a more recent shooting at a Washington, D.C., naval yard — are due to reliance on a couple of values. The haste of online sites, bloggers and tweeters was due to the desire to share unchecked information in a “transparent” manner. Irresponsible publication occurred because other values, such as verification and minimizing harm, were absent and sorely missed.

Transparency should not be identified with democratic practice. One can be non-transparent and democratic. This is because democracies value other values, such as privacy.

Democracies allow confidential discussions between lawyers and clients and between management and unions in collective bargaining. Democracies provide private voting booths, and some countries prohibit the naming of young offenders.

Journalists also use non-transparent policies. They don’t identify confidential sources. Some minimize harm by not naming victims of sex abuse. Most journalists wouldn’t report a police operation to arrest terrorists minutes before it happened. Embedded war reporters don’t reveal the location of their military units. Shield laws for American journalists — laws against revealing sources — are a non-transparent legal mechanism.

Journalist Tom Rosenstiel and ethicist Kelly McBride of the Poynter Institute have developed new ideas about transparency while updating the principles of the institute. Their study resulted in a new book, “The New Ethics of Journalism.” The book notes that the principle of independence, in its original form, cautioned a clearly defined group of professional journalists against conflicts of interest and allowing their allegiances to bias reports. However, today, journalism is done by many new agents, from citizen journalists to think tanks. Some are objective, some are advocates. Approaches to journalism vary.

Rosenstiel, in a recent article, argued that “act independently” is being replaced by “be transparent.” Transparency needs to be expanded to cover not only how journalists developed their stories but also how they approach journalism. Are they advocates, objective reporters or otherwise? Transparency plus verification and accuracy will separate good from bad journalism.

I applaud the thoughtful approach of McBride and Rosenstiel. We need to develop a “new ethics” for journalism, and this book is an important contribution. I agree with many of their recommendations. But I demur over one important point. I agree that journalists should be transparent about their approaches to journalism. But it is better to talk of reforming the idea of independence, not of replacing it.

The fact that there is an increase in the number of non-professional journalists does not, by itself, undermine the ethical importance of independence. Rather, the reverse. We should challenge the new kids on the block to persuade the public that they really are independent, despite the new media environments in which they work. Or, they need to make a strong ethical argument for ignoring considerations of independence. Just pointing to a trend in journalism is not an ethical argument.

I believe independence should remain a principle of ethical journalism, and not be demoted to a secondary principle, or made a part of some other principle.

Are transparency and independence incompatible? No.

Take, for instance, the new non-profit journalism, and examine the ethical guidelines of the Wisconsin Center for Investigative Journalism. Executive Director Andy Hall has combined full transparency about funders with an uncompromising commitment to editorial independence. I recommend that new forms of journalism be as creative as Hall in integrating new and old values.

Without a stress on independence, and without a constant critical eye for conflicts of interest, I fear that questionable, non-independent journalism will fly under the flag of transparent journalism. One can be a transparent journalist, yet still be inaccurate or care little for minimizing harm. But more than this, even if a journalist is transparent, accurate and minimizes harm, we still are left with a crucial question for her: How free are you to tell the stories that the public needs to hear? Telling people “where you come from” as a journalist is to be commended. But it is not enough for journalism ethics.

Putting transparency in its place does not mean it is unimportant or that it must be a magical concept. We just have to be careful about how we define and rank it as a value.

We also need to go beyond a general understanding of its place in ethics. We need to develop concrete guidelines on how much weight to give transparency in different types of stories and in different forms of journalism.

The work of developing a detailed ethics of transparency lies in the future.