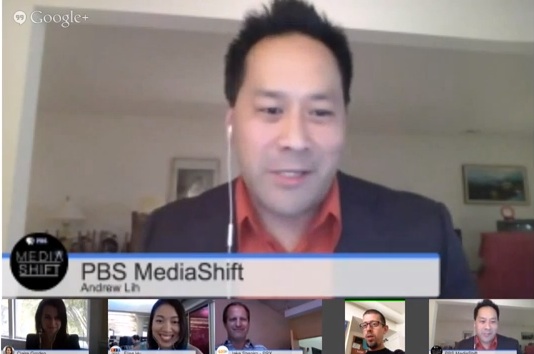 Last week, Twitter made headlines by revealing its IPO plans to raise up to $1 billion. After Facebook, the social microblogging site was one of the most anticipated public offerings of the year. The IPO filing made a few details about Twitter’s business model clear: namely, the company is losing money and user growth is declining. No matter: some estimate that TWTR will be worth up to $20 billion when it begins trading. This week, we’re joined by Zach Seward of Atlantic Media/Quartz and Dennis Berman of the Wall Street Journal to discuss Twitter’s filing, as well as regular guests Monica Guzman of the Seattle Times and GeekWire and The Guardian’s Ana Marie Cox. In addition, we’ll chat about the Wikileaks-inspired “The Fifth Estate,” which will be released Oct. 18. The film will be the second about the international leaking organization this year, following the spring release of “We Steal Secrets.”

Andrew Lih will host while Mark Glaser is on paternity leave.

Dennis Berman is Business Editor of The Wall Street Journal, overseeing the staff and coverage of business around the globe. He also writes a column, “The Game,” which covers the future of business. Previously, Berman was the Journal’s mergers and acquisitions reporter, and in 2007, he launched Deal Book on WSJ.com.

Twitter’s IPO filing opened its business records to public scrutiny for the first time, yielding a wealth of details about the micoblogging site. Despite the site’s popularity among celebrities and politicians — from the Pope to Anthony Weiner — Twitter has yet to turn a profit. Meanwhile, it attracts fewer users than Facebook and generates less revenue. The future of Twitter might lie with a global focus: of its average users, over three-quarters are from outside the United States. The IPO is expected to go public Nov. 15.  What’s the future for Twitter? Will it be able to turn users into cash?

Though the Wikileaks documentary “We Steal Secrets” was released earlier this years, Julian Assange and his controversial organization are once again in the spotlight. This time, he’s getting the Hollywood treatment — and he’s not happy about it. Assange has criticized “The Fifth Estate,” which premiers Oct. 18, for basing its script on books he calls inaccurate. Wikileaks, which leaks secret government information, has been responsible for many significant classified information dumps in recent years. How does the media portray the notorious Julian Assange? What is his and his organization’s role in the current media landscape?

Twitter gets its strongest TV tie-up so far (AllThingsD)

One big benefit of the social web: Journalism emerges wherever it is needed (paidContent)

Vevo lands on Samsung smart TVs. Next up: Chromecast? (GigaOm)