Behind Putin’s Op-Ed and the Growing Power of Publicists 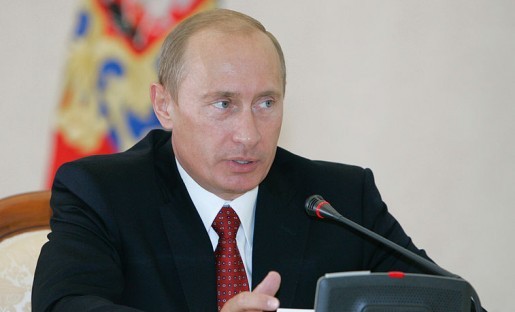 "PR allows the gatekeepers to get gamed and, increasingly, they’re complicit in this gaming."

Just as the noise over Putin’s op-ed in the New York Times on September 11 died down came the news that John McCain responded in kind with a pretty much universally panned op-ed in Russia’s Pravda, or, more properly, a Russian Pravda.

As Politico pointed out, the Pravda that McCain published in wasn’t the historical Communist newspaper with roots that date to 1912, but a recent, somewhat dubious online pretender.

Some readers, looking forward to a retro, early 20-century version of the Kitchen Debates played out quaintly in newspapers, were disappointed when President Barack Obama wouldn’t enter the fray, and, likely, more disappointed when McCain stepped in to pinch hit, or to try to.

Readers were outraged, politicians postured, and commentators and media critics analyzed Putin’s piece and annotated and fact checked it to death. All told, it was a collective exercise in rhetorical analysis that likely warmed the hearts of freshman composition professors everywhere.

That said, I’m sorry that nobody bothered to address the role that the New York-based PR firm, Ketchum, played in starting the whole conversation by placing Putin’s op-ed — and what that says about the current state of PR’s impact on journalism, generally, outside of just op-eds.

Now Playing at NYT: ‘The Making of Putin’s Potemkin’

Although she didn’t initially mention Ketchum specifically, the New York Times’ public editor, Margaret Sullivan, wrote a “Behind the Music”-style column that explained how Putin’s piece came to grace their pages — as if it were a special effects-laden Hollywood blockbuster, or a multipart documentary on PBS. Here’s her lede:

“A Times reader, Lawrence DeVine, has a few questions about the Times’s publication of an Op-Ed article in Thursday’s paper by Vladimir V. Putin, the President of Russia. He asks: ‘Did he call up the editorial page editor and say, hey, how would you like 800 words on you, us and Syria, I’ll have it in by Wednesday night deadline, no sweat, I’ll take your usual freelance rates?'”

The reader’s implication, obviously, is that Putin, unlike the would-be op-ed columnist proles slaving away at their MacBooks in coffee houses everywhere, must have had some help in avoiding the slush pile.

Although I suspect that he could have placed the piece without the aid of Ketchum, given that he’s Vladimir Putin, I’m concerned that those of us who a) aren’t heads of state, or celebrities like Mona Simpson and Ashley Judd; and who b) haven’t retained the likes of Ketchum, are in danger of being shut out of the discourse. My concerns run far deeper than the op-ed page where one half-expects to find celebrities and power brokers. I’m worried that vital, relevant stories won’t be told, or will be told selectively based on PR’s influence.

PR: Traditionally on the D.L.

Although the Guardian and Buzzfeed reported that Ketchum helped Putin shop the piece on a tight deadline, Sullivan’s column was strange because PR is typically stealthy and on the down low. The Times admitting to Ketchum’s role was like watching watching “Star Wars” and seeing the Millennium Falcon hanging from wires on the soundstage, and it makes the reader’s suspension of disbelief impossible.

We now know that there’s sleight of hand, and special effects, behind what we read in the newspaper.

While Ketchum is quick to take credit for their work on behalf of Iron Man and Barbie on their website, they probably aren’t as keen about us knowing that they helped Putin get printed in the New York Times.

And that they’re probably helping to shape the news — far beyond the confines of the op-ed page — in other more nefarious ways.

When I was in college, PR was a dirty word. So much so that one of my mentors, Dr. Jackson, would make fun of PR majors on the first day of class, before encouraging those of them who were competent to come over from the dark side, see the light, and work for the good guys.

That said, Ketchum, for one, tries to present a kinder, gentler face to the public. Their clients include Kleenex, Healthy Choice and Snapple.

They’ve even got their hand in something called the “Great [Toilet Paper] Debate.” Yes, seriously, go ahead and click the link.

Still, they’re a big business, and while some of their ad campaigns/causes are noble, they follow the money.

They may do some good. But they’re driven by a bottom line rather than by any sort of altruism or civic duty. Savvy and/or cynical readers will likely point out that the same is true of newspapers (but this is worthy of a whole other column).

A decade later, thanks to social media and “Mad Men” blurring the lines, my own students are often oblivious to what PR companies do. And my first assignment of the semester in News Writing, which I should be grading now instead of writing this, involves asking them to differentiate between a press release, a news story and an academic paper.

Americans may be increasingly suspicious, but they’re likely not aware that the dark art of PR allows biased ideas and agendas to mascarade as news, and helps to get marginalized ideas on the radar. The latter is potentially a good thing, except that, in most cases, advocates for marginalized ideas that serve the public good don’t have the resources of the Russian state or the ability to retain effective PR. And even for a story in the public interest, allowing PR into the mix recenters the balance of power, and usurps the journalist’s traditional role in determining news value.

Writers and editors are historically gatekeepers. PR allows the gatekeepers to get gamed and, increasingly, they’re complicit in this gaming.

I emailed Sullivan because I was curious about PR’s role in the newsroom, aside from Putin and the op-ed page. She would not comment, given that it’s not within the auspices of her responsibilities as Public Editor. She kindly referred me to Eileen Murphy, a New York Times’ vice president of Corporate Communications.

Murphy noted via email that their journalists don’t rely wholly on press releases, but that some stories originate as press releases, and that this was a “fact of life.” She also noted that their investigative and enterprise pieces aren’t typically influenced by PR, and that reporters still copy edit and fact check.

However, she made no mention of specific workaday reporting, and this is what concerns me. A piece about a charter school, or a health and wellness story about the benefits or risks of fish oil, for instance, might be at risk for infiltration. These are the types of stories that most readers blaze through without a second thought, and they’re the ones that subtly shape the choices that we make in our daily lives. In some regard, the stakes are even higher in seemingly low-stakes stories, because readers accept them as honestly gathered nuggets of truth, and as not particularly consequential.

In a postscript to her piece, Sullivan references a ProPublica article, noting that the Russian government spent $1.9 million on Ketchum’s services in the first half of this year. To my thinking, she also should have referred interested readers to a ProPublica article, “PR Industry Fills Vacuum Left by Shrinking Newsrooms,” which elaborates on the trends that I’ve described here.

One particularly troubling point that the article makes is that PR is increasingly forgoing appealing to journalists entirely and is instead directly targeting the public via social media.

As I write this, I can’t help but think of George Orwell and Ray Bradbury.

There’s a Ray Bradbury short story called “A Sound of Thunder.” In it, big game hunters travel back in time to go on a dinosaur hunt where they’re warned not to step off of a path that hovers above the ground. They do, though, and they accidentally kill a butterfly.

When they return to the present, their mistake has been intensified exponentially by the passage of time, and their world’s morphed into a fascist state in which the good guy has just lost an election, and where everything’s just a little bit off.

Most journalists don’t want to step off the path. We don’t want to accidentally help start a war through bad reporting on yellow cake uranium; or close a public school in a place where the private and charter schools are statistically worse; or bungle a science story that results in the perpetuation of online conspiracy theories and needlessly sick children.

As I wrote last year while discussing the sloppy reporting surrounding the “Innocence of Muslims” film controversy, and the Benghazi attacks, we’ve got to raise our game.

It’s tough, delicate work. But if we can’t make it happen, then we’ll be abdicating our responsibility to readers, who will, in turn, stop reading.

With no newspapers left in the dystopian future, would-be journalists will be stuck ghostwriting direct-to-social media stories for Barbie and Iron Man, who will have bylines next to John McCain III (all in the service of toilet paper and Snapple).

Devin Harner is an Associate Professor of English at John Jay College of Criminal Justice/City University of New York where he teaches journalism, film, and contemporary literature. His recent scholarly work has included essays on Chuck Palahniuk’s non-fiction; on the film Adaptation’s relationship to Susan Orlean’s, The Orchid Thief; and on virtual time travel through YouTube.