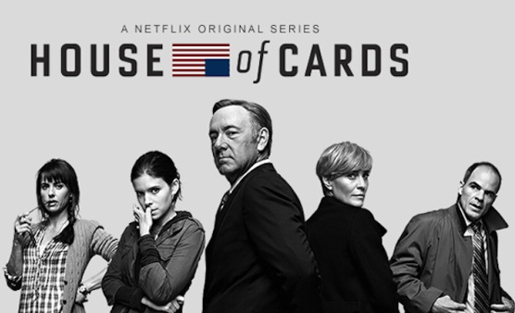 This week, streaming video giant Netflix became the first non-TV network to win an award at this year’s Emmys with its slate of original programming headlined by “House of Cards.” But after receiving 14 nominations, the final count of three statuettes in Netflix’s collection underwhelmed many Emmys watchers. And streaming service has some serious headwinds, according to some accounts, as traditional cable looks for ways to strike back. Pay-TV companies such as Comcast are beginning to engage in a tug-of-war with Netflix for the binge-inclined viewer, with a possible Comcast-Fox deal in the works. Meanwhile, Amazon’s new line of Kindles will include offline viewing capabilities — a feature that promises to differentiate Amazon from streaming services such as Netflix and Hulu that require sound Internet connections. For this episode of the Mediatwits, we’re joined by Peter Kafka of AllThingsD and Dan Rayburn of StreamingMedia.com. MediaShift’s Mark Glaser will host, along with regulars Andrew Lih of American University and Monica Guzman of Geek Wire and Seattle Times.

Peter Kafka has been covering media and technology since 1997, when he joined the staff of Forbes magazine. He made the digital leap to Forbes.com in 2005. In 2007, Mr. Kafka became the first hire at Silicon Alley Insider, where he was until recently the managing editor. He is a graduate of the University of Wisconsin-Madison and lives in Brooklyn.

This year’s Emmy Awards celebration was marked by the rise of the nontraditional in the form of Netflix’s awards — the first for a non-TV network. The milestone demonstrated to many that Netflix presents a legitimate challenge to traditional TV. But the Netflix original series “House of Cards” failed to take home the Best Drama award, which fell instead to a surprised Vince Gilligan of “Breaking Bad,” who accepted the award saying, “I did not see this coming. I thought it was going to be ‘House of Cards.’” Unlike traditional cable networks, Netflix does not release its viewership statistics, leaving some in Hollywood to question the actual popularity of Netflix’s programming. Is Netflix a true contender with traditional media? What is it that cut Netflix’s 14 nominations down to only three statuettes?

Amazon’s announcement that its newest Kindle would feature offline viewing offered a sharp contrast with the rest of the video streaming services, where streaming video providers get ahead simply by offering more content. The development may pose a threat to leading players Netflix and Hulu, because customers will be able to watch even rented movies without Internet access. The deal will have a few strings attached, namely that customers must use Amazon’s new tablets. But will the new feature give Amazon an edge?

3. Cable strikes back on binge viewing, could hurt Netflix

As TV viewers’ tastes shift to binge and on-demand entertainment with the help of services such as Netflix, traditional TV is looking for ways to keep up. Time Warner CEO Jeff Bewkes said recently that the company is considering offering a broadband-only HBO option — though only with cable-owned broadband services. Additionally, the WSJ reported that Comcast and Fox struck a deal that would allow the provider to feature all episodes of a Fox program, instead of the typical handful at a time. While Variety calls the cable deal-making “an existential threat” to Netflix, the company may have some cause for optimism. With positive reviews of Netflix original programming, can the service ramp up its own programs to maintain its relevance? Or is it doomed to be made obsolete by pay-TV innovations?

Daily Beast to continue on without Tina Brown  (Daily Beast)