What Could Jeff Bezos Want With the Washington Post? 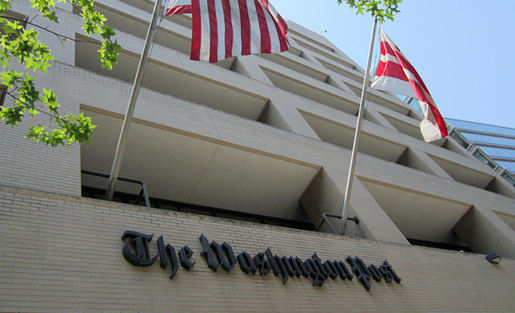 As someone who had the benefit of working for the Washington Post at the beginning of its digital transformation, I will never forget how I got the news that the Graham family is selling the paper to Amazon’s Jeff Bezos. It was through a New York Times news alert on Google Glass, which I was testing out on the Syracuse University campus.

Just a few weeks ago, the news would have reached me from a news alert on my iPhone, a few years before that from the Google News home screen or a Google Alert in email, and before that probably from a headline on Yahoo.com or the AOL Welcome screen. That pretty much spans the 17 years since I worked as one of the first online producers for Digital Ink, the Post’s long-forgotten dial-up service, and then the first Washington Post website.

"Through Amazon, Jeff Bezos is the only person who has made significant traction in getting people to pay for journalism and non-fiction textual content."

Notice that nowhere did I mention the obvious: by going to the Washingtonpost.com home page. I helped launch that site in 1996, but it hasn’t been a part of my daily news habit since I left the company. This isn’t because I don’t like the company — like most “alums” and journalists, I feel a deep connection with the paper, and dare I say, ownership. I cheered every innovation as if it were my own, and felt the sting of every layoff during its seven years of falling profits. But just like every other consumer of digital information, I did what JD Lasica calls “de-coupling news” from its moorings.

And let’s be honest, it has been sad to watch as the Washington Post — the newspaper that downed a president — failed financially in the digital age after its owner Don Graham had invested so heavily in innovation. This is the crux of the problem for newspapers and, I would argue, every bundled legacy news organization regardless of medium. The rate of change in consumer media habits has outpaced the ability for most media businesses to respond fast enough.

But that’s not to say that the Washington Post hasn’t tried to change. It was one of the first to jump online even before Internet access was mainstream.

At the S.I. Newhouse School, where I serve as Chair of Journalism Innovation, I often ask students this question. True or false: Newspapers failed to thrive in the digital age because they didn’t innovate. The answer depends on what you’re measuring. For newspapers like the Post, the answer is false when you look at serving its audience in new ways (website, mobile site, tablet apps, a digital TV channel), but true when you look at the business model or, to use the non-profit term, sustainability. For reasons that I can only attribute to basic human nature, people responsible for revenue at newspapers have always tried to hold onto the businesses they had — even as they shrank — rather than risk their livelihoods building new, untested revenue streams.

So this takes us to Bezos, and what I suspect is the real reason that he’s interested in journalism and why Graham would say he’s the right guy to continue the Post’s legacy. Through Amazon, Bezos is the only person who has made significant traction in getting people to pay for journalism and non-fiction textual content. You can see the beginnings in Kindle Singles, which are short-form e-books that often consist of reporting and investigative journalism. This is part of a larger trend of news organizations packaging and selling their most heavy-hitting news packages as e-books or apps for mobile devices.

In 2012 Bezos gave some insights into his thoughts on the news business in an interview for the German paper Berliner-Zeitung, and made two very interesting comments. First, he said, “On the Web, people don’t pay for news and it’s too late for that to change.” But he followed that with: “People are willing to pay for newspaper subscriptions on tablets.” While he was referring to subscriptions here, I don’t think it’s too much of a stretch to think that he sees potential for other forms of payment — such as mobile micropayments from Kindle devices, or even on the Web using Amazon’s payments system.

But is that all Bezos is interested in? In his letter to Post staffers, Bezos didn’t say a word about new business models or revenue, and quite a lot about the need to continue to innovate and “invent.” If this was primarily about revenue, or a benefit to Amazon, I suspect he would have pushed for Amazon to make the purchase directly. It’s about more than that.

After I heard the news, I started making a list of what both Bezos and Amazon would get out of this acquisition.

Benefits to Bezos include:

All of this is just conjecture, and the reality is that even Jeff Bezos probably doesn’t know what he’s getting into. One thing is for sure: Whatever motivations he has will ultimately just be suggestions to the famously independent Washington Post journalists. Columnist Gene Weingarten said it best in his “Open Letter to Jeff Bezos“:

“I think I speak for more than myself when I say that the main reason I have high hopes for your stewardship is that Don Graham said it was the right thing for the paper. He said you are the right guy. That was enough for me.”

Jeff, I wish you the best of luck living up to that kind of trust. And if you ever want to talk to the folks who opened the Pandora’s Box in 1996, you know where to find us. We may still have a few good ideas.

Dan Pacheco is the Chair of Journalism Innovation at the S.I. Newhouse School. He worked at Washingtonpost.com as one of the first online producers in 1996, and on Digital Ink, the Washington Post’s first online service before the introduction of the consumer Internet.

2 responses to “What Could Jeff Bezos Want With the Washington Post?”