Want to Work at NY Times, ProPublica, Texas Tribune? Apply to Be a Knight-Mozilla Fellow 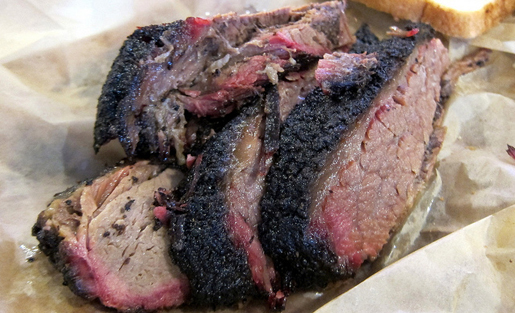 At the Texas Tribune, Director of Technology Travis Swicegood makes his pitch for a Fellow by focusing on the local opportunities in Austin, Texas: "Did I mention we have the world’s best brisket?" Photo by Wally Gobetz.

This is it. There are only five days remaining to apply to become a 2014 Knight-Mozilla Fellow. If you love to code, want to make a difference in journalism, and want to see the world while you do it, you only have until August 17 to apply.

All this week our six amazing news partners who host our fellows in their newsrooms for the 10 months the fellowships run have been writing about why they’re involved in the program and what fellows can expect in working with them.

"As a colleague of ours put it, we're not the deli counter slicing meats to order for the rest of the newsroom. We work side by side with traditional reporters, and often write stories as well as code." -Al Shaw, ProPublica news app developer

Aron Pilhofer at the New York Times wants their fellow to spend time at the Times “building an easy-to-use, easy-to-deploy suite of tools to help journalists work with original source documents.” This toolkit will be informed by a deep-dive in newsroom collaboration, Pilhofer explains:

The Fellow will be attached jointly to the two teams at The Times most involved in solving the documents-to-data dilemma: Interactive News and the computer-assisted reporting team. He or she will spend 10 months working on real stories with real reporters and editors, the end goal of which will be to develop and, ultimately, release the document toolkit that real people can understand and use.

In Nairobi, Kenya we’re offering a unique joint fellowship, where one of our Knight-Mozilla Fellows will spend time at both Ushahidi and Internews Kenya going deep on data.

Eva Constantaras at Internews Kenya explains the opportunity for a Knight-Mozilla Fellow in Kenya:

Open data has a whole different definition in Kenya, and developers have a chance to change the way the Kenyan media reports the news by encouraging data- driven instead of politically driven journalism. Access is a huge issue: from gathering data held by traditional tribal leaders, to reluctant county administrations to NGOs that have been waiting for someone to come along and make use of the years of data they have collected on everything from female genital mutilation to the impact of progressive farming techniques on food security.

Heather Leason at Ushahidi explains the opportunity for a fellow similarly, though Ushahidi’s focus remains global:

One of our core goals is to connect citizen voices to action. Sometimes this makes us professional tinkers, but it also means that you can dive into data and maps from around the world on various topics from crisis response, election monitoring or civil society communities like anti-corruption or anti-harassment or environmental action.

Back in New York City, at the non-profit investigative news outlet ProPublica, news app developer Al Shaw explains “why you should be our 2014 OpenNews Fellow (and join the epic team of awesomeness)”:

The ProPublica news apps desk isn’t a service desk. As a colleague of ours put it, we’re not the deli counter slicing meats to order for the rest of the newsroom. We work side by side with traditional reporters, and often write stories as well as code. We use our telephones as much as we do the command line. We answer to editors, and all our software needs to tell a story. We develop on deadline, meaning no long development cycles or Gantt charts.

At the Texas Tribune, a local reporting powerhouse, Director of Technology Travis Swicegood makes his pitch for a fellow by focusing on the local opportunities in Austin, Texas:

Our News Apps team — and our Fellow — will be in the middle of the biggest Texas story of the year, making election results available throughout the state via our interactive election coverage. Think brackets, scoreboards, campaign finance, and whatever else we can come up with.

Data has been in the Trib’s DNA since day one — and we’ll be reinforcing that in 2014. Apply today to join us for one hell of a ride.

Did I mention we have the world’s best brisket?

Finally, we jump down to Buenos Aires Argentina for our fellowship at La Nacion. In their Spanish-language appeal for developers to join them, the La Nacion Data team emphasizes the importance of open-source development in the fellow’s work. The team put together a video with their fellow, Manuel Aristaran to discuss his work and the opportunity at La Nacion:

As Al Shaw at ProPublica puts it: “If what you’re interested in is changing the world and making useful software that tells a story and kicks some ass, please join us.”

The time is now. Less than a week remains — if you love to code and want to change the world apply now to become a 2014 Knight-Mozilla Fellow. If you have last-minute questions about the fellowship, we have updated our FAQ, we’ll be hosting another live Q&A on our OpenNews Community Call on Wednesday August 14, and you can always drop us a line or ping us on Twitter. Don’t hesitate to be in touch.

But more than anything: Apply now.

One response to “Want to Work at NY Times, ProPublica, Texas Tribune? Apply to Be a Knight-Mozilla Fellow”