Why Facebook’s Graph Search Could Be Doomed 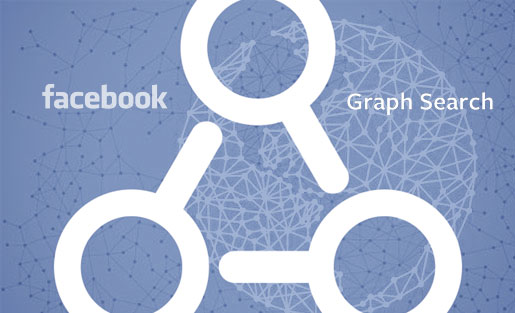 Facebook's Graph Search may be doomed before it even really gets started.

In 2010, the launch of Facebook “likes” marked a dramatic change in the social network’s strategy to one poised to compete directly for search audiences. This effort has now fully materialized as Facebook’s Graph Search.

Based on what is publicly known about this beta product, Facebook’s product team wants to use a social media spin on search to capture audiences away from standard search. Despite its promise, Facebook may have bitten off more than it can chew. Successful Graph Search is easier said than done, and the very nature of Facebook’s social graph may be the project’s undoing.

"Even if 5 percent of search traffic shifts, this change would reshape the online world away from Google to a web brought to you increasingly by Facebook."

What is Facebook’s Graph Search?

With Graph Search, Facebook intends to mine our social networks to unlock knowledge stored among our online friends to create a recommendation search engine. Instead of crawling the Internet to build search indices, Graph Search will use our social media connections, likes, and Check-ins to make search indices to respond to our queries.

Using Graph Search, we should be able to find restaurants that have been checked into or liked by our Facebook friends. We can discover movies based upon the likes of our connections, or relevant music. The project strives to be an alternative to everyday search queries we all do to discover things to do or get in our lives — all validated by people we know and trust, and not by unknown reviewers or a faceless algorithm.

If successful, this will be a game changer that will shift audiences away from standard search. Traditional web search would still have its place, but many day-to-day queries for recommendations could have a new home online with this product. Even if 5 percent of search traffic shifts, this change would reshape the online world away from Google to a web brought to you increasingly by Facebook. To do that, the Facebook team needs to overcome some major issues with their new style of search.

The launch of this product has been met with hype and much criticism. Critics of Graph Search have raised concerns over: privacy, the validity of its data and the quality of its results. I would argue that the issues with this search product go much deeper.

Context is everything for search. As humans, we tend to take for granted how much context helps us navigate language. Through context, our minds are able to separate homographs, understand vernacular language, and collapse synonyms into singular meaning.

Context is a major challenge for Graph Search, since strong semantic context is needed to successfully unify potential results such that the recommendations we get will be for real-world things. If I query for films to watch, I will expect to get a list of films and not a list of film pages liked by my friends. This is a bit of a different expectation compared to search today, which is all about finding locations on the web. This change in query aspiration dramatically raises the bar for context and results in two perplexing problems.

First, when I like a film using a like button, I am not liking the film, but rather a page referencing that film. Unfortunately, for most films there are countless pages for that film online that could be liked. The question for Graph Search is what to do with this plurality of online likes for each potential thing to be recommended. Facebook has chosen to drive search traffic to its own content hub pages (e.g., the hub page for Francis Ford Coppola’s “The Godfather”) for each cardinal entity rather than just drive traffic to other websites where many of the likes have occurred. These Facebook hub pages exist as nodes in the Facebook Social Graph where users can connect as fans or just interested parties with just about anything (products, places, etc.) that is not another user.

If I’m a publisher who puts a like button on my content, I want the likes of my pages to drive traffic back to my site and not to a Facebook hub page, so I can earn ad revenue or make purchases happen. Without back traffic from likes and hub pages diverting potential traffic away from their sites, publishers would do well to avoid the use of Like buttons on their site therefore limiting data available to the social graph. Why would Rotten Tomatoes want to help Facebook build movie hub pages to divert traffic away from its own pages on movies?

Secondly, creating effective hubs is easier said than done. Even with extensive Open Graph (OG) tagging or language processing to aggregate sources of likes together into a Facebook hub, it is challenging without human intervention to properly unify all the results that match a particular thing being recommended. For instance, if you like a page for the film “Casablanca” are you liking the 1942 classic movie or the 1961 documentary “Casablanca?” What if I refer to the 1942 film with an alternative title, such as its Turkish title “Kazablanka” or “Casablanca (1942)?” Even with extensive tagging, it is very easy for a machine to have trouble making sense of our various likes thus limiting the power of Graph Search to recommend back singular results. To make matters worse, most sites do not correctly implement OG tags or use them at all, which does little to help Facebook manage its hubs properly.

Movies tend to be relatively easy to unify across the web, since they have fairly standardized data. It gets infinitely more difficult with other products that are less standardized. Search for a basketball across the major e-commerce sites and you will see what I mean — there are countless numbers of balls made by the same manufacturer that are essentially the same, but with slight differences to make price comparisons between merchants impossible. It is even harder to unify commodities and other things that are not developed into definable products, which tends to make most of the Internet an intractable mess when it come to data standardization and impenetrable to Graph Search. Once you get beyond the likes of movies, TV shows, music, and books, the Graph Search developers will find a crazed landscape that does not want to conform to the nice, semantic structures required to make Graph Search work smoothly.

The very structure of the Facebook social network may also present problems for Graph Search. The Facebook team may not be able to overcome these data structure problems, since they are just how the data is.

The first issue stems from how large Facebook social networks can get compared to our offline social networks. The fact that Facebook networks can grow well beyond 500 friends brings into the question whether Graph Search is truly an analog to how we normally get recommendations from those we trust. According to Dunbar’s number, there is a cognitive limit to the number of effective social relationship we can handle at any one time, which lies somewhere around 150 people. In my own Facebook network, less than 12 percent of my contacts have fewer than 150 friends, which means an overwhelming amount of my network functions in a manner that cannot be considered as real friendships and may not be trusted as such.

Network diagram of the Social Graph.

The most concerning insight from this realization is the fact that those potentially lower-trust users with the largest networks actually will have the most impact on recommendations across the Social Graph, since they interconnect with so many users compared with a more intimate sub-network composed only of true friend connections.

Another network issue is the general low involvement rates of most Facebook users. As I see it, the true power of Facebook rests with the ability for users to have low-involvement connections with friends in this era of information overload. Unlike email where we feel compelled to clear and respond, we can dip into our Facebook accounts when we want to share or read something. If I don’t want to see it, my friends’ content gracefully rolls off my news feed without any requirement that I see it, respond to it, or do anything — no offense taken. I can publish or consume as little content as I want, but still have a persistent connection with people. Some will take it upon themselves to read and publish as often as possible, but a surprising number will not.

Low involvement by many users creates a data problem for Graph Search, since Facebook’s graph is filled with so many users who do little to provide Facebook with the data it needs to make recommendations, and data is the lifeblood of any recommendation engine. Imagine how Amazon’s collaborative filtering engine would work if most users rarely purchased anything. The data with which Facebook is building its search engine seems despite its volume to be pretty sparse in terms of actionable data. Despite the ubiquitous nature of Facebook, is there enough data to do a better job recommending than a Google or Bing search, or a visit to Amazon.com or Yelp.com? I tend to doubt it.

Facebook might prove my doubts wrong, but they have their work cut out for them. In the end, we will all have to judge this new search offering by the utility for us. My bet is that we will find it interesting, but ultimately unsatisfying.

Matthew Syrett is a seasoned online marketing and entertainment professional who has been on the web since its very beginning. He has worked as a VP at Grey Advertising’s interactive division, a senior product manager for Amazon’s IMDb.com subsidiary, and the VP of Product for the Linkshare corporation. Beyond his day job, Syrett produces documentary films including the 2007 Oscar® winning film “Freeheld.” He presently lives in Western, MA where he works as a for-hire marketing consultant, product guru, technology strategist, and quantitative analyst.

6 responses to “Why Facebook’s Graph Search Could Be Doomed”