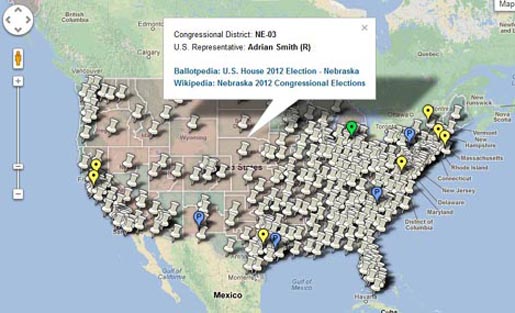 In recent years, “public service media” has emerged as the term describing all that’s right with public media, community media, and non-profit journalism, and how those three sectors could be collaborating to function more perfectly in a new telecommunications-reformed promised land. Largely overlooked in these future of media discussions are two types of simple, non-edited televised event recordings — local government meetings and local election debates coverage.

‘united by function, not divided by platform’

Josh Stearns and Candace Clement, in their MediaShift post last October, “The Case for Unity Among Non-Profit, Community, and Public Media,” quote from their August 2012 Free Press report, “Greater than the Sum“:

“We need to begin constructing a new identity for non-profit journalism and media in America, one that illustrates the central role these institutions play in our nation. In addition, we must examine the media policies that have for too long served to divide non-profit media by platform instead of connecting them around purpose.”

In so doing they point to the 2010 paper by Ellen Goodman and Anne Chen, “Modeling Policy For New Public Service Media Networks”:

“While public media policy has traditionally been structured around specific platforms — specifically radio and television stations — Goodman and Chen call for a ‘functions’-based approach that emphasizes: infrastructure, creation, curation and connection.” Various non-profit media and journalism institutions can and should be united by function, not divided by platform, Stearns and Clement write.

In their paper’s section on the creation function (what they call the “what” of public service media content), Goodman and Chen describe valid rationales for public subsidies of various types of program content. Although they mention news and documentaries, oddly, they don’t include gavel-to-gavel government meetings coverage and local elections debate coverage in their examples. These two program types, essential pillars for citizen education and civic engagement, are also not discussed in the Free Press report. These content types must not be left out of forward-looking public service media public policy discussions.

In 2010 I collected data on U.S. cities’ gavel-to-gavel televised government meetings coverage, reporting on it in a post for the New America Foundation, “How many cities have access TV? More than you might think.” Of the 276 U.S. cities then over 100,000 in population:

256 of them — 93 percent — televise the routine meetings of one or more of their governmental bodies. All but two of these cities use cable television to do so … Of the 254 largest cities cablecasting their government meetings, 197 of them (78 percent) do so on channels that they themselves manage. Non-profit organizations manage those channels in 20 of those cities, while the cable companies manage them in 28.

There are of course many municipalities below 100,000 in population who also televise their government meetings, although assuredly many more do not. The Goodman/Chen four-layer model could productively be applied to help further such program availability.

I’ve been maintaining an online directory of PEG access television providers’ websites since 2000. Every federal election season since 2006 I’ve surfed these providers’ websites (initially about 800 of them), noting which ones were promoting local election coverage programs. In 2010 I emailed all PEG access providers for whom I could locate email addresses, asking them, among other things, if they produced any type of local elections coverage. The results of these combined efforts are seen in this map — at least 327 PEG access providers produce some sort of local elections coverage.

By 2012, my directory’s listings — now a Google Doc spreadsheet, U.S. Community Access TV Providers — had grown too numerous (over 2,000 providers) to completely search manually as I had before. Instead, using an offline website reading tool, I tried downloading the contents of these providers’ websites (twice — once in the first week of October, once in the last). While I was at it, I performed the same operation for PBS stations’ websites.

(This is an imperfect data collection technique — at least the way I employed it. This tool allows you to set the number of levels deep as well as a maximum number of files you wish to download. Though I arbitrarily chose three levels and 300 files, many sites would hang during download, so I’d have to manually skip to the next site.)

Then I searched for the string “debate” among all those downloaded files, individually inspecting each returned result. I’m still in the process of compiling this incompletely gathered data, but so far, using this method I’ve identified 27 PEG access providers and 66 PBS stations who produced or carried 2012 local election debate coverage. They’re shown in these four maps: 1) County/Municipality Elections; 2) State Legislature Elections; 3) Congressional Elections, and 4) Statewide Elections. (An additional eight commercial broadcast stations whose debates were carried on C-SPAN in October are also included here).

These maps are prominently labeled “data incomplete.” In addition to the limitation described above, there are three necessary data sets which remain to be collected and analyzed: debate coverage by 1) commercial broadcast TV stations, 2) cable company-managed channels, and 3) statewide cable public affairs networks’ channels.

Therefore, this data is still too preliminary to draw almost any conclusions. However, it does seem reasonable to assume that more complete data would bear out at least one picture here: As with gavel-to-gavel local government meeting coverage, county and municipal election debate coverage is probably more commonly being produced and carried by PEG access television providers than other television outlets.

Once a more complete picture has been developed, I propose that it would be worthwhile to apply the Goodman/Chen four-layer functional model (infrastructure, creation, curation, and connection) in an effort to further promote this essential component of a public service media network.

In January this year the Alliance for Community Media published results of a local elections coverage survey it conducted among its PEG access provider members. The responses the ACM received — especially to its questions about the barriers to producing such programming — would be an excellent place to start the collaborative conversation about how the existing 1) infrastructures of public media and community media could work together to 2) create and 3) curate more of this programming, in ways which would enhance viewer 4) connections — that is, citizen engagement.

Examining and exploring these pathways to collaborations would be a fruitful step towards crafting new public policies that would create a more robust and provably useful public service media system.

Anyone with information about additional TV stations that carried election debate coverage in 2012 is kindly asked to email that information to the author, [email protected], for inclusion in this ongoing study. Thank you.

Rob McCausland has been involved in community access television since 1979, when he co-founded the Boston Cable Access Television Coalition, which advocated for access provisions in Boston’s first cable franchise. He has served as Studio and Cablecast Manager for Boston Neighborhood Network, Executive Director for Beverly Community Access Media, and most recently, as Director of Information and Organizing Services for the Alliance for Community Media. Currently he is developer of Community Media Database, a reference website launched in 2011 with pilot support from The Benton Foundation and the New America Foundation.