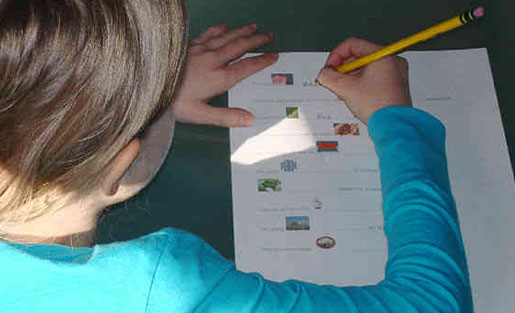 Image courtesy of "Wikimedia Commons":http://commons.wikimedia.org/wiki/File:Writing_Girl.jpg and used under a Creative Commons license.

When writers first exchanged pen and paper for word processing systems we didn’t realize how firmly it put us on the path toward self-production and self-publishing. The jury’s still out on whether the creative process was altered for better or worse. Marshall McLuhan, an early media pundit, recognized back in 1962 how “the divorce of poetry and music was first reflected by the printed page.”

[These] six tools will change the way we will write, produce and perhaps even change our very concept of a book in 2013."

In contrast, today’s tools marry writing and publishing, bringing artists ever closer to the end product with click-of-a-button e-book creation capabilities built into the writing tools.

In 2012 the technology plot thickened, with the development or maturation of six representative tools that change the way we will write, produce and perhaps even change our very concept of a book in 2013:

I’ve recently started using Scrivener, a tool created by developer Keith Blount to help outline, edit and storyboard his own novel. In an interview by Mac AppStorm he explains that “I kept thinking that there must be a better software solution [than MS Word] for this way of working, something that would allow me to rearrange a long document using synopses, to allow me to edit the text in small pieces or as a whole and so on.”

Scrivener allows authors to write, organize, and “grow” books, scripts, even articles. (I used it to develop this piece.) Converting the document to an e-book, web page, a PDF for print, or a Word doc works surprisingly well, with just a few clicks.

Scrivener is the first significant software tool that has truly changed the way writers create books since MS Word, an application that we love or hate but that is undeniably embedded in business culture, writing culture, and anybody-who-wants-to-write-a-letter culture. Word has become so easy to use that even professional writers, who consider it their primary tool, often create really sloppy documents with it. In my self-publishing workshops I am constantly amazed that professional writers have not troubled themselves to learn the intricacies of their most important tool, especially using “styles” to automatically format titles, headings and paragraphs (at the least).

Tools that build on on Word

Learning Word styles may never have really mattered, except Mark Coker built the Smashwords “meatgrinder” conversion tool around MS Word styles. (Amazon Kindle Direct Publishing relies on consistent document styles, too.) If a writer does not know how to wield styles, she will simply not be able to successfully upload the book for distribution to e-book retailers.

But with authors no longer looking to traditional publishing to define terms, a book no longer must hold a certain number of words, or pages to be printed on “signatures” that get fed through a printing press. No longer does it even have to be on paper. How many pages is a book, anyway — 26 pages, 2,600 pages, 26,000? Authors are just beginning to realize that we can include not only hyperlinks, but audio, video, voiceovers, animations, and even physics that allow interactive gameplay. When do we stop thinking of our book as just a book, and start thinking about hybrid publications, such as book and “website,” “app” or “game?”

Crossing into the game space

Picture and multimedia toolmakers naturally cross these boundaries. Alex Souza, who developed the Kwik Photoshop plugin (which I wrote about in a previous post), is thrilled that a book can expand into game territory, but realizes that this can be intimidating for some. “Authors can expand their stories with features not available in the traditional media, and creating for digital devices requires a new set of skills,” Souza said. “Creating a multimedia e-book that expands into game territory requires the author to think about the entire experience: audio, visual, even tactile. While this excites many, the increased complexity frightens others. So my goal for Kwik is to remove as much of the learning curve as possible, leaving them free to do their best, which is transform ideas into magic.”

Matthew Cavnar, president of Vook, a multimedia e-book creation service, said, “I’ve seen authors change their vision when they became aware of how the e-book medium allowed them to expand their story or narrative or the message outside of their book … It might seem like a small thing, but putting a link into a book connects that book to the Internet, and by extension every idea and thing and community that people have created digitally.”

Cavnar cites Jeff Corwin, the nature conservationist and television personality, as an example. “He knew he wanted to expand his message into books, and when he and his team realized they could add video, they understood that they could now represent that core part of Jeff’s identity as a television personage within the book format itself.” The writers on Jeff’s team were able to create a multimedia book, instead of separate media properties for book, app, audio and video.

But these new tech tools are not just for self-publishers anymore. While you don’t see Big Publishing innovating much around the new capabilities, smaller publishers are eager to be first in the space. Remember the popup book? They were mostly for kids, but I remember some great artsy books that used the delightful and complex popup “technology.” Unicorn Labs, a developer of e-books and early learning apps, worked with popup book maker David A. Carter to create “Spot the Dot,” delivered in iTunes. Chief Product Officer Mark Sigal describes it as “an interactive picture book app comprised of 10 different playspaces for young minds, such as ‘Sliding Windows,’ ‘Popcorn’ and ‘Spinning Coins.’ We worked with the author to rethink the medium of the popup book for the iPad, a domain where touch, tilt, drag and rich voice and sound are native to the ‘canvas.’” Kirkus Book Reviews recognized “Spot the Dot” as one of the Best Kids’ Books Apps of 2011.

Marketing gets integrated into the writing process

The new services that matured in 2012 not only break through authors’ ideas of what a book is, but help them market the book too, with built-in book publicity tools. “The idea that the book you build can be simultaneously integrated with the fabric of the social web leads to the book as a centerpiece for conversation leading to discovery and sales,” said Ron Martinez, founder of Aerbook Maker, a multimedia picture e-book creation tool in the cloud that publishes for EPUB, KF8, HTML5, iOS and Android.

While authors are creating, they can also be marketing by publishing their books “in whole or in part to the web, with pages shareable on Twitter, Pinterest, Facebook and other social networks,” Martinez said.” Aerbook authors can embed “share” buttons in their e-books. One nifty feature even lets potential customers download a sample via SMS to your smartphone.

Blogs are also a great marketing tool, and a natural outlet for a writer’s creativity. The very nature of blogging has also changed how many people write, in short or long bursts, in a casual, personal style. But why not build a book by blogging? The idea of blog-to-book systems have been around for a few years now. But the only free blog-to-book service I’ve found that actually works is PressBooks. Export your WordPress blog (or just the posts in a single category), import it into PressBooks, and you’ve got a draft. Slap on an introduction, a table of contents, a cover, and get it edited, and voila. You’ve got a book that can be delivered in formats ready for any of the e-readers and apps, for the web, and in PDF for print books. Services have evolved, and they even provide a distribution service to Kindle, Apple iBooks, Nook and other retailers.

Kevin Gao of Hyperink, an e-book publisher that seeks experts and works with bloggers (like Penelope Trunk) “to curate their existing posts, videos, and comments and create books,” said that “technology enables authors to think beyond just a book towards things like the backend channel, for example, using the book to promote more expensive products like videos, conferences, and follow-up books. While books build your brand and customer base, higher-priced products are where an author can make serious money.” Gao pointed out that really savvy authors like personal finance adviser and entrepreneur Ramit Sethi see books “as just the starting point in building a larger personal, digital, online brand now. No longer are books an end point in themselves,” said Gao, “but just one step in a funnel to build a community and monetize it.”

While purists might argue that merging marketing tools with writing tools corrupts the art of writing, remember that most authors have beta readers. They have traditionally been their editors, who critique and shape a work on behalf of the publisher and future book buyers, essentially pre-vetting the book for marketing. Today, in the absence of traditional publishing to shepherd writers, beta readers can be found on fan fiction sites, where “Fifty Shades of Grey” was shepherded into a knockout bestseller, and on social publishing sites like Wattpad (which is reaching beyond its young adult writers to literary, non-fiction and other genres), All Romance (if you’re writing romance, you must be here), and Scribd (a document-sharing site that has great features for authors), to name a few.

Kocks, who has a Ph.D. in American Studies from Brown University, authored a well-respected scholarly book and climbed the tenure ladder at the University of Utah before trying her hand, successfully, at historical fiction. But history remains her passion.

Kocks told me in a December 5 email exchange, “The heart of the book is at the heart of Aerbook’s design,” which allows people to share pages from the preview on Aerbook, or by texting tempt to 415-944-4115. “The SMS text option was a surprise Ron [Martinez] sprung on me just yesterday, and a indicator of the hothouse creativity going on over there at Aerbook.”

Try it. It really works.

Vook
About $250 to create a multimedia e-book.

Hyperink
A publisher that helps experts and bloggers create e-books.