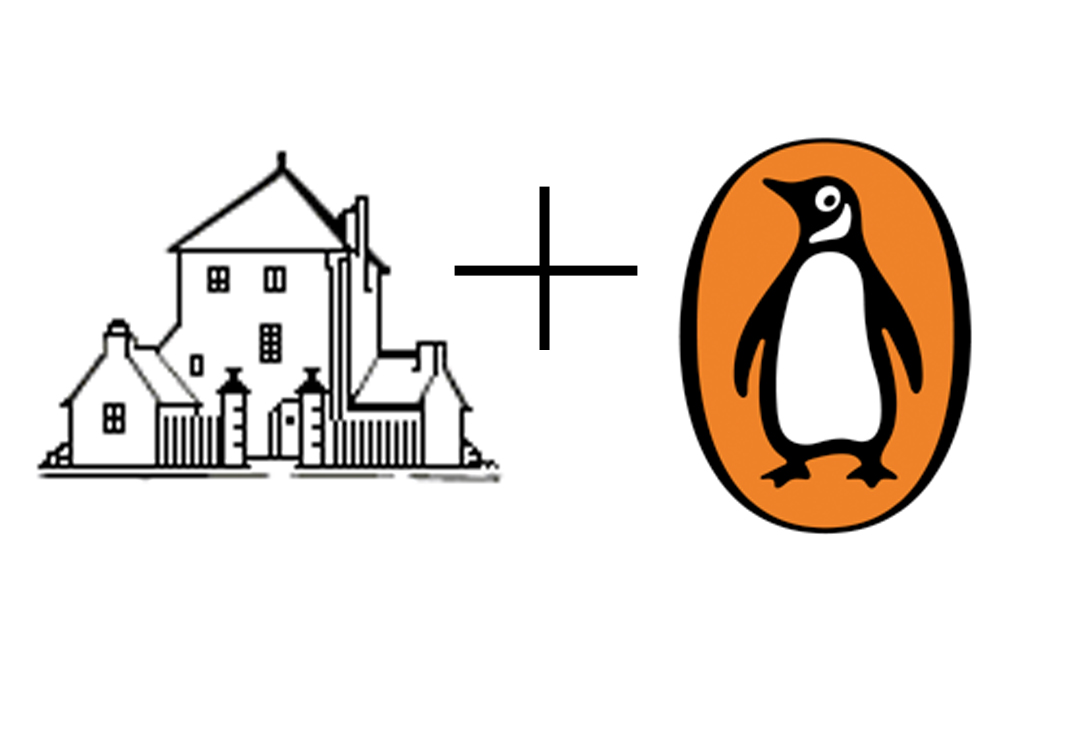 Random House and Penguin made their merger official Monday.

This piece was co-written by Adam Chromy.

When Random House and Penguin confirmed last week that they are in talks to merge, publishers, agents and writers coped by doing what they do best: playing word games. While #RandomPenguin and #PenguinHouse swept Twitter, anxiety bubbled beneath the surface.

Every player in the industry will be deeply affected, but for publishers, authors and readers, will the change be for better or for worse?"

This morning, the news was made official (they warned us it would happen fast): The trade divisions of Random House and Penguin will combine, and the two largest publishing houses in the world will become a single publisher. Every player in the industry will be deeply affected, but for publishers, authors and readers, will the change be for better or for worse?

The business case for even a complex merger like that between Random and Penguin is simple: Costs are reduced, market share is increased, and profitability is restored or enhanced. When two big companies come together, lots of synergies are possible, and considering the Big 6 are each products of numerous previous mergers and buyouts, one can bet they’ll quickly identify and take full advantage of those efficiencies.

But if you’re a foot-soldier in one of the Big 6, you know all of that is business speak for layoffs the same way reorganization is commercial-ese for emptying offices. Savings are found in infrastructure and office space and lots of other places, of course, but savings are also found in decreasing existing personnel. New hires will be necessary, but for new and different jobs — likely in digital and marketing.

The new combined company will still be a small fraction of the size of the big tech and retail giants, which are increasingly the dominant players in book publishing. But in a negotiation with those giants, the scale that matters is that which measures book publishing itself. And on that scale, combining Random House and Penguin would create a company that owned a full one-quarter of the entire book market. If Amazon and Nook and Apple want to keep customers happy by offering the titles that readers want (and the Big 6 account for the most popular of titles — see last week’s NYT bestseller list), then they’ll have to eschew the strong-arming and negotiate with this new giant on a more level playing field. That’s good news for publishers.

For the Big 6 publishers that remain outside this merger, and for other large publishers (such as Wiley, Hyperion, Houghton Mifflin, etc.), a merger of two top publishers makes the job of competing much more challenging. If the giant is able to negotiate more favorable terms with retailers, a sales force that is by itself as large as the entirety of some other large publishers, and a new structure more effectively focused on digital products and marketing, other publishers may quickly find themselves scrambling for a distant second place to the new powerhouse. For the midsize and small presses, a merger like this only widens the gap, and puts smaller houses in the unenviable position of competing with a behemoth in the way a tiny e-commerce platform competes with Amazon.

The silver lining: Big corporations market to the masses, and can at times leave niche opportunities untouched and emerging markets unnoticed. Small publishers — and indie authors — can capitalize on the fissures created beneath the immense weight of a mega-corporation.

For Authors (and agents)

Agents always default to gloom, it seems, and agent gloom is based on these two realities: fewer editors to pitch to and fewer to play against each other. The first is certainly true, since the efficiencies and synergies mentioned above mean layoffs and restructuring. The second is true as well, since even the massive company that results won’t want to retain the number of imprints each house supports now, as the new entity will seek to align editorial divisions. Though as we see at most of the larger houses, editors are allowed flexibility, and sometimes complete independence, to bid against one another. That autonomy will likely continue.

But will such a merger have a measurable impact on a given writer’s aspirations or a published author’s career? It certainly could. One of the ongoing lamentations of artists in the music business is that the dominant labels allow for few openings for new artists, preferring the guarantee of branded mega-stars over the risk of the unproven, however talented. That’s already the case in books, too, of course, but a consolidation at this level only ratifies that reality.

Any author, however, who sees such consolidation as a limitation of opportunity may be looking at the situation as drearily as an agent. The ongoing digital revolution allows authors to craft, publish and market books of quality with deft and precision — and to use those works to find their audiences and cultivate long-term relationships with return readers. And frequently, publishers locate talent from the self-publishing pool, lift it from its place atop its community, repackage it, and place it back into the context that brought it forth. This trend will hold. A merger of two of the Big 6 will create a large company focused on producing bestselling books, and their slush pile will increasingly be the successful digital publishing ventures of the independent and entrepreneurial author.

Would such a merger of two of the largest book publishing companies in the world result in diminished consumer choice? Will it result in diminished innovation? Those same two questions were asked just last month by the American Anti-trust Institute, but in a different context: music. Today, four major labels control 90 percent of the music market, just as the Big 6 publishers control a similar percentage of the book market. And now Universal and EMI are discussing a merger, one that would give them a combined 40 percent of the market, and 51 of the top 100 titles in 2011.

Will the AAI respond similarly to a merger of Random House and Penguin, two companies poised to do the same in book publishing? Perhaps they will. And perhaps they should. In their aggressive attempts to confront piracy and control content delivery, record companies have effectively squashed startups looking to provide consumers with new ways of finding, buying and sharing music. Look at the earnings (or lack thereof) reports for Pandora, Spotify and Grooveshark for evidence of what happens when mega-labels reign. With increased e-book prices, draconian terms dictated to libraries, and prohibitive DRM strategies, book publishers’ behavior has hinted at a similarly unhappy future for books as for music.

As this first merger rumor becomes a reality, another thing is certain: More consolidation is coming.

Amazon, having created a near-monopoly in the distribution and retailing of books, is seeking to dominate the entire chain from the publication of the books — including editorial and advances for high-end books and production for the self-published masses, all the way to the reading devices that bring the books to the reader and the retail channel where they find and buy them. To a large extent, Amazon is succeeding in its disintermediation of the publishers.

So how will publishers fight back? Some disintermediation and domination of their own.

It’s unlikely that any one of the existing large publishers could or would build a retail competitor to Amazon with only their share of the market. But Random House + Penguin just might be large enough to leverage their combined brand weight and consumer reach to create and sustain their own storefront.

To that end, one other consolidation might make sense: to expedite the building of their retail component, Random + Penguin merges with Barnes and Noble. It’s not as crazy as it sounds. Not so long ago, and for not so long a time, Bertlesmann owned a large stake in BN.com. Not so long from now, they may again.