An iTunes Playlist for Magazine Articles? Zinio Thinks Outside the Brand 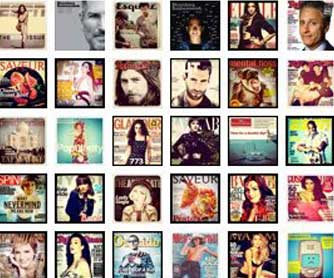 Zinio is creating "collections" of magazine articles -- a move that raises the question: If we all become editors for each other, what does that do to the role of professional magazine editors, and the significance of their publications' brands?

In the rapidly changing world of digital magazines, we’ve seen all kinds of variations: multimedia apps, digital replicas, individual stories, single issues, subscriptions, and even the all-you-can-read buffet model. But these variations have usually happened within the boundary of a single magazine brand, rarely blending content from different publications.

We want to make it possible for consumers to do what editors do. We can let consumers build [collections] for us." -Zinio's Jeanniey Mullen

Zinio, the company best known for its magazine reading apps for PCs and mobile devices, has launched a project that crosses individual magazines’ borders: Content Collections, which pull together articles from different magazines on a similar topic for readers’ convenience. While the collections aren’t yet available for readers to buy as package deals, Zinio is working on taking the concept in directions that challenge our ideas about magazines all over again.

Zinio has found that its customers frequently buy digital magazines that are completely new to them. About 85 percent of readers who buy a single issue or a subscription through Zinio have never read that magazine in print before, according to Jeanniey Mullen, global executive vice president and chief marketing officer for Zinio.

“People were discovering magazines based on specific content they’re looking for,” Mullen said. “People were starting to shop by categories [on the Zinio storefront]. They’d see 10 or 20 magazines in that category and spend a ton of time checking out all the magazines.”

Zinio wanted to find a way to capitalize on readers’ interests in specific topics, rather than relying on magazines’ existing “brand cachet,” as Mullen calls it, to draw readers.

A look inside the Academy Awards Content Collection from Zinio.

“We started to look at whether we could help push magazines a little if we could talk about content in them that was behind the cover,” Mullen said. “We wanted to help people find content by grouping it into categories that people can respond to.”

Zinio is now creating and promoting two Content Collections each month based on timely trends and themes, like the Academy Awards or Mother’s Day. Zinio staff highlight a selection of articles from Zinio’s digital magazine offerings, mixing and matching stories from a wide variety of magazines within each collection. Even little-known and foreign magazines are included in the mixes. Readers can then preview individual articles in the collection and choose to buy the single digital magazine issue where an article appeared, or even buy a digital subscription to that magazine.

One recent collection focused on the Titanic anniversary and included articles from six different magazines. Ideally, readers of the collection would find new magazines of interest to them because, as Mullen explained, “While you’d expect the articles would come from Smithsonian or National Geographic, you’d never guess that Town & Country would have a great piece on the Titanic.”

Magazines whose articles are featured in collections may also be discounted to appeal to readers even more.

Zinio’s collections are still limited in some significant ways. While readers might find interesting new magazines to buy through this approach, they can’t simply purchase the collection of articles itself in one neat package and read it through Zinio’s apps. Readers can preview articles, but must buy the full digital magazine issues if they want to see the rest of a story or read the magazine issue beyond the preview’s limitations.

Magazine publishers will have to agree to the sale of individual articles in order for Zinio to offer collections as a freestanding product. Those discussions are underway, Mullen said.

Zinio’s Spring Cleaning Content Collection offers a glimpse inside a variety of magazines.

The Content Collections are also not yet available directly through the Zinio iOS or Android apps, mainly due to Apple’s requirements regarding in-app purchases.

Despite these current limitations, this model presents some thought-provoking possibilities. Mullen said in the future, Zinio would like for readers to create their own collections of articles and share them with others. Individual articles in Zinio publications can currently be shared through social media using sharing buttons on each article. However, a Zinio user creating a shared Content Collection would be more like an iTunes user publishing a playlist through the iTunes Store. An individual reader would select and share a collection of articles from different publications, making that group easily accessible and purchasable for other interested readers.

“We’ve been working on the concept of choosing what you love and being able to share it,” Mullen said. “We want to make it possible for consumers to do what editors do. We can let consumers build [collections] for us.”

The Content Collections concept raises a lot of questions about not only the changing function of magazine editors, but also the power of magazine brands today. Readers do certainly seem interested in gathering their own selections of content. Curation services like Longreads, apps like Flipboard, and reading utilities like Instapaper already let readers identify, gather and redistribute their favorite content via social media. Generally, though, they don’t pay for that privilege, and their trust in various curators and friends probably at least equals magazines’ “brand cachet” in influencing their reading choices.

If we all become editors for each other, what does that do to the role of professional magazine editors, and the significance of their publications’ brands? With every innovation, it seems more difficult to demonstrate the value added to magazine content for readers through the traditional magazine format, whether print or digital.

One response to “An iTunes Playlist for Magazine Articles? Zinio Thinks Outside the Brand”