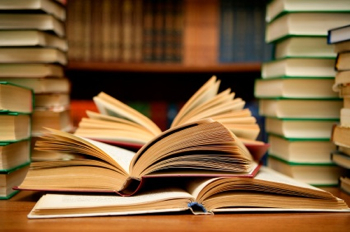 Today's writers conference has changed dramatically. It's not all about the print book anymore. Here, you can hear four experts at the San Francisco Writers Conference talk about the shifts they're seeing from their vantage points. File stock image.

At first, you came to the San Francisco Writers Conference to learn the craft of writing, to hear famous writers describe how they became famous, to learn the secrets of how to create a winning book proposal, to become enlightened by publishers about what they want and, most of all, to pitch literary agents, those elusive creatures who seem always to be heading the other direction.

Today, it’s a different story. Today’s conference is about all the traditional basics, but also about topics from blogging and tweeting to e-books and self-publishing. I asked four longtime participants in the 2012 San Francisco Writers Conference earlier this month to describe how this and other writers conferences have morphed to include technical content relevant to today’s writers.

You can listen to their takes below.

I started with San Francisco Writers Conference co-organizer Laurie McLean, who told me that the core teachings are still there, but two entirely new tracks have been added to handle tech topics relevant to writers today, and the previously unmentionable option, self-publishing.

For more than 20 years Laurie ran a public relations agency in California’s Silicon Valley. Then she became an agent at Larsen Pomada Literary Agents representing adult genre fiction and children’s middle grade and young adult books. As Agent Savant, she works with authors to create their author brand, then develop a digital marketing plan to help them promote that brand online via social media, blogs, websites and more.

Listen to McLean on adding two new tracks to the conference offerings here.

Listen to McLean on still sticking with the basics here.

Kevin Smokler is an author, journalist, speaker and entrepreneur. He’s the editor of the anthology Bookmark Now: Writing in Unreaderly Times (Basic Books, June 2005), which was a San Francisco Chronicle notable book of 2005. His writing has appeared in The San Francisco Chronicle, The LA Times, Fast Company, and on National Public Radio. In 2007, founded, with Chris Anderson (editor in chief of Wired Magazine) BookTour.com, which was the world’s largest online directory of author and literary events. Kevin regularly speaks at industry conferences and book festivals throughout North America on the future of publishing, books, reading and legacy media in the 21st century. His regular topics include print and digital publishing, legacy media, social media and the web for writers, and business skills for artists and creatives.

From Smokler’s vantage, despite all the changes, there are some things that are still, and always will be, basic to publishing — namely, the need for a quality book and connecting that book to readers.

Listen to Kevin Smokler talk about that here.

Patrick von Wiegandt is a musician and sound engineer in charge of making each session at the San Francisco Writers Conference available in audio formats for sale immediately at the conference and online after the event.

He’s seen big changes “backstage,” as in the transition from tape to CD to MP3, but because he also hears all the sessions, he has some interesting insights about how the content of the conference has changed since the Internet came to be important to writers.

Joel Friedlander is a self-published author and a book designer who blogs about book design, self-publishing and the indie publishing life at TheBookDesigner.com. He’s also the proprietor of Marin Bookworks, where he helps publishers and authors who decide to publish get to market on time and on budget with books that are both properly constructed and beautiful to read. Friedlander’s book, A Self-Publishers Companion, demystifies self-publishing for those new to the concept.

One of the biggest changes Friedlander sees is the massive shift in how books are being publicized (authors now being asked to do promotions themselves) and how writers conferences are adapting to reflect that change.

Hear Friedlander talk about that change and others he’s seeing here.

Carla King is an author, a publishing consultant, and founder of the Self-Publishing Boot Camp program providing books, lectures and workshops for prospective self-publishers. She has self-published non-fiction travel and how-to books since 1994 and has worked in multimedia since 1996. Her series of dispatches from motorcycle misadventures around the world are available as print books, e-books and as diaries on her website. The newest version of her e-book, The Self-Publishing Boot Camp Guide for Authors, was released in August 2011 and is available on Smashwords, Amazon Kindle, and for the B&N Nook.