Convergence 2.0: How Public TV Can Save Democracy 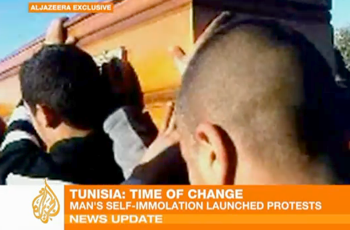 This September, I wrote in MediaShift about the unfortunate effects on journalism that the deregulation of campaign financing could have. The article hinted that public media might be able to offset the damage, and maybe even save democracy. This sounds so grandiose that, to explain how and why, we need to back up a few steps — quite a few, back to 1996.

Fifteen years ago, U.C. Berkeley launched an ambitious, new center meant to “help business and governmental organizations understand the sweeping developments taking place in telecommunications markets.” These changes were known as the Digital Convergence. In 1996, the dot-com bubble was just beginning to inflate, large media corporations were snapping up small ones, and Microsoft was three years away from being labeled a monopoly. The NY Times declared that the “convergence of conventional television with the personal computer” would create “a tectonic shift in our information environment.” And when the shift arrived in, more or less, 2006, it truly was “tectonic.” Television had been assumed to be the big winner of the digital transition, but it grew instead via the personal media track of the Internet and the telephone. So, when the convergence finally arrived, it had been renamed web 2.0.

If the Tea Party has Fox and the Occupiers have MSNBC, then everyone else -- those in between, neither of the above, or a bit of both -- need public TV."

With web 2.0 now a fact of life for half a decade, the outline of the next round of innovation, the next step in media evolution, is becoming discernable. It may be difficult for some to accept, but the next digital leap belongs to that hulking old one-way medium, that evil relic of corporate mind control, television. And if television is going to unleash a new kind of politics, and a new kind of democracy, it will be public television that manages to do it.

From Audience to Participants

Fox News interviewed Town Hall protesters who they found via YouTube, giving a lift to the Tea Party movement.

Thanks to the Internet, individuals found new roles at the center of a personal media revolution — as content creators, gamers, citizen journalists, ranters, panters and bloggers. New companies (and you know their names) sprang up to meet the demand. Today, we understand that these companies do not serve audiences; they serve individuals, participants.

Under the influence of these dazzling changes, TV has also become participatory. Jay Rosen, media critic and journalism professor at NYU, framed it in a different context, explaining that those “formerly known as the audience” are increasingly visible on TV. Reality programs, game shows, court shows, talent shows and the rest, are part and parcel of the participation revolution. It may not always be pretty, but the people are conducting their own media literacy courses, learning how to play themselves on television.

Nonetheless, one barrier has remained: Television is still the crucial platform for news and policy debate, holding extraordinary power over money, attention and what gets discussed. According to a 2009 Pew poll, 71 percent of Americans “get most of their national and international news from television.” And yet, a virtual Berlin Wall separates citizens from the pundits and politicians who populate news and current affairs programming, and thus from the powerful role TV plays in shaping policy.

Today, that TV wall is being breached, as potent combinations of mobile phones, social networking and broadcasting upend established political orders in the U.S. and worldwide. In 2009, for example, Town Hall activists posted cell phone videos on YouTube of themselves yelling at their congressmen. Within hours, Fox News enlisted the ranters as interview subjects, pushing their YouTube hits through the roof. In 2010, Tunisians shot mobile videos of nascent protests, which were soon featured on Al Jazeera, sending enraged citizens in both Tunisia and Egypt to activist Twitter and Facebook sites. In one case, we got the Tea Party, in the other the Arab Spring. While much is still mysterious about the intersection of media and political movements, the effect of this multi-platform coordination — this convergence between personal and mass media — is a game changer.

But we can’t sit back and wait for digital democracy to unfold. The “Occupy Wall Street” movement, which entered the broader American consciousness only when mass media began to cover it, holds some objectives that are similar to those of the Tea Party. This could be the way Americans come together to create real change — could be, but it won’t. With each movement represented by their own cable TV screaming squads at Fox News and MSNBC, they will continue to be portrayed as opposites in order to fulfill the prime imperative — conflict — of standard media coverage. What’s worse, they will cancel out each other’s messages, but still take up a good deal of oxygen that could be used for reasoned analysis as an election draws near. Toss in an onslaught of political TV ads courtesy of the Supreme Court’s Citizens United decision, the weakened state of journalism and the fading of the Town Hall tradition, and what we may be seeing in 2012 is a full-blown crisis of democracy.

This is where public TV can ride to the rescue. If the Tea Party has Fox and the Occupiers have MSNBC, then everyone else — those in between, neither of the above, or a bit of both — need public TV, ubiquitous and highly trusted, to offer the public a platform. We are talking about the majority of Americans, about the issues they want to discuss, and about providing an alternative to the posturing, spin and propaganda that threaten to consume this election.

The ease with which people can post videos and tweets means that as the election approaches, public stations can take a page from St. Louis Public TV, a leader in community participation. Just the other day, the station used Facebook to organize the first of many meetings, asking community members to help “plan election campaign coverage that is most useful to you.”

And even more is possible in today’s digitally wired world. Our non-profit, Internews Interactive, has been involved for years in projects that let voters connect via personal and social media to election programs, working with Twin Cities Public TV, Link TV and others. Here are a few clips from these programs.

Convergence 2.0 is heading towards a nationwide cross-platform network of, by and for the people that’s high quality, exciting to watch, easy to be part of, and universally understood to be of profound importance to the community. In times of crisis and celebration, when there is talk of war, death and values, giving people a place on television will transform more than the media landscape — it will unleash a new kind of politics, and a new kind of democracy. The American people have always been willing to stand up for public TV in its hour of need. It’s time for that trust to be repaid in kind.

One response to “Convergence 2.0: How Public TV Can Save Democracy”