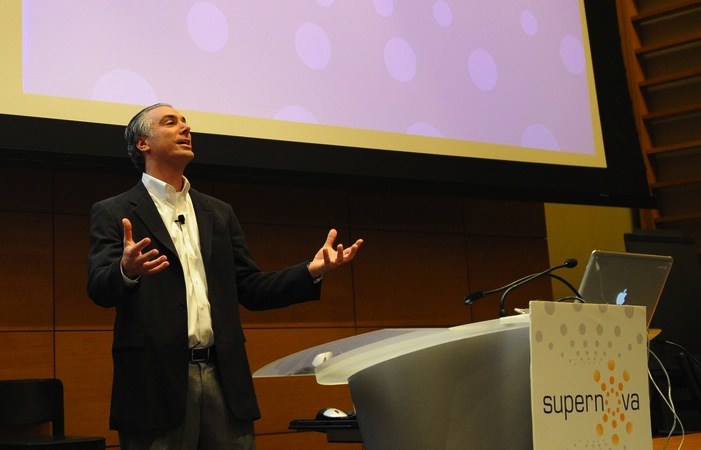 Supernova, an annual technology conference, recently convened for the first time on the East Coast, a change that was evident in the composition of the conference attendees and the direction of the overall conversation. Below are the top three major takeaways from the conference.

The unintended consequences of legislation that takes a long time to do and a long time to fix could result in actions that retard innovation." - Kevin Werbach

Comcast’s Cohen, whose company has an obvious stake in issues like net neutrality and reclassification of broadband, made his point by contextualizing an anecdote conference host Kevin Werbach shared during opening ceremonies.

Werbach had explained that the seats in the lecture hall where the conference took place did not have power outlets because Wharton faculty voted to not have them, fearing students would be overly distracted or some other similar supposition. Cohen thought this was an excellent metaphor for unintended consequences of regulation.

“Our concern about governmental regulation in this space drives directly from that story,” he said. “Not that our government is ill-intended or that they would try to do something that would impede innovation; but the unintended consequences of legislation that takes a long time to do and a long time to fix could result in actions that retard innovation.”

There was also discussion of how governmental agencies are promoting tech initiatives. Projects in different disciplines, like HealthCare.gov and the FCC’s broadband portal, are trying to put data (after it’s been properly scrutinized for privacy concerns) online in accessible formats. As Beth Noveck, deputy chief technology officer for the United States, explained it, “open government is a horizontal, not a vertical.”

Bottom line: Regulating broadband will continue to be a messy process, but it has to be done.

Social media is changing the dynamics of content creation and distribution. That’s hardly a surprise to the average MediaShift reader, but the observation’s familiarity is a reflection of its veracity.

Social media changed conferences, that’s for sure. The Twitter backchannel at #sn10 during the conference was nearly as valuable as the sessions themselves. Conference participants (and certain panelists) would share relevant insights and links while the conference was ongoing, which was perfect for information omnivores such as myself.

It’s changing civic life, too. The government’s strategy is noted above, but initiatives like ThinkUp are trying to improve the process of governance by tapping the wisdom of the crowd.

It’s also changing the media, augmenting new and old media’s ability alike to connect with consumers. Comcast’s Cohen noted that the company no longer sees it as a cable company, but as a technology provider that increasingly experiments with new media delivery technologies such as a Hulu-like online video service. Cohen said the number one reason for Comcast’s acquisition of NBC Universal is to increase its “ability to accelerate the application of innovation and technology for the delivery of what consumer demand is in this space: anytime, anywhere television.” In a word, convergence.

SB Nation CEO Jim Bankoff noted that, “Media does not need to be saved and it is not the responsibility of social to save media.” He said he thought user generated content was not as interesting as user generated distribution of content, an insight echoed by other panelists who noted that many companies were experimenting with television and movies to create “multi-platform” experiences that span offline and online spaces.

Blip.TV cofounder Dina Kaplan spoke to the economic power of new media when she revealed that her company had recently compensated the creators of Halo-themed web series http://redvsblue.com/home.php”>Red vs. Blue more than $123,000 as part of their commitment to split profit with content producers.

Bottom line: Having a social media strategy is table stakes.

The most fascinating conversation of the conference, from my perspective, was between danah boyd, a social media researcher at Microsoft Research, and Jeff Jarvis, a journalism professor at CUNY and author of What Would Google Do?. The rapport between these two new media thinkers was evident throughout their discussion of how technology companies and the government are assessing and responding to online privacy concerns.

Though the two had differing opinions about the definition of privacy, they agreed that the root of privacy concerns was inequity between expectations and outcomes regarding how information flows.

“Privacy is about understanding a social situation and how information will flow, and then making a decision that recognizes this. People scream ‘privacy fail!’ when they’ve lost control and found that information flows differently than they expected,” Boyd said.

Jarvis used Facebook to illustrate a similar point, referencing ongoing concerns the company faces regarding its approach to personal data. “Facebook created a structure for crafting a public,” said Jarvis, “but suddenly people were talking to the public,” he said.

The pair also agreed that context has been undervalued as it relates to publicly shared information. “The information itself has value, but so does the interpretation,” Boyd said. “We can’t divorce the two, interpretations depend on context.”

Jarvis essentially agreed with the danger of free-form data being accessed without its necessary context, but also seemed worried that over-compensating for this threat could “risk what makes the Internet powerful.”

Bottom line: Defining privacy is just as important a task as protecting it.

Have a look at these links to read more about the conference: