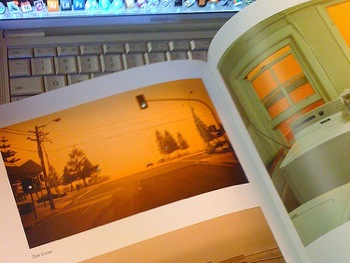 Publishing a magazine independently used to mean spending a lot of money ordering hundreds or thousands of printed copies, and then hoarding the unsold inventory in dusty boxes in your garage for the next decade.

The new pioneers in on-demand magazine publishing hope to save aspiring publishers from this expensive and cluttered fate.

Online services that streamline the magazine publishing process are making it possible for anyone who can create digital content — in the form of a PDF, an RSS feed, or even just text in a word processor — to shape that content into a print magazine that readers can order online. This process, which is free for publishers to use, enables a wide variety of individuals to enter the magazine market, and might even be a new distribution method for existing publications facing financial difficulties.

Moving Beyond the Advertising Model

Bruno Bornsztein, founder of the website Curbly.com, is today a magazine publisher thanks to one of these on-demand services. Curbly focuses on interior design and home décor, and while it had become a relatively successful ad-supported site with an active user community, Bornsztein wanted to diversify its offerings.

“There’s nothing wrong with the advertising model, and it’s worked well for us in a lot of ways,” Bornsztein said. “But it seems unreliable. You never know where advertisers will put their money, especially when you’re not huge. We wanted to hedge against that, and to explore something where we create content, sell it directly to the readers, and cut out advertisers as the ones paying for the content.”

Bornsztein and a group of the site’s regular contributors developed a slickly designed PDF booklet of instructions for a selection of home projects, and posted the PDF to the site MagCloud, an on-demand magazine publishing service. The printable PDF can be downloaded from the Curbly site for $9.99, or a printed version can be ordered via MagCloud for $18 plus shipping.

MagCloud, an offshoot of HP Labs, is a magazine self-publishing service that allows anyone to post a PDF to its website. People can then order a paper copy of the PDF that’s only printed when an order is placed, meaning there’s never excess inventory and no paper is wasted on unwanted copies.

The cost to a publisher for the MagCloud service is zero, and publishers receive whatever markup they choose to charge beyond the base cost of 20 cents per page that MagCloud charges the buyer.

As a magazine publisher himself, Derek Powazek — a consultant who works with the MagCloud team and holds the title “Chief of Awesome” to cover his varying duties — wanted to help other aspiring publishers accomplish their print projects with minimum effort and investment, while also streamlining the distribution process.

“There are a lot of people online who have audiences and content, but have never published anything in print because they thought it would be too hard,” Powazek said.

Powazek calls MagCloud an “elegant solution” to the basic problems of magazine publishing, including the expense and waste of copies that are never purchased or read. Publishers can also locate advertisers for their MagCloud publications, and MagCloud is developing strategies for helping publishers connect with advertisers through the service.

Bornsztein said Curbly had a good response to its print endeavor, and he and his collaborators will continue creating on-demand magazines, with the next project slated for March 2010. He said the MagCloud service is good for “really niche content targeted at a certain group of people that wouldn’t be financially viable to a larger organization; but for someone small, it’s possible. People can get served with good quality content by the people producing the content.”

Printcasting: Ease of Use for Diverse Publishers

A similar service is offered by Printcasting, a project initially created through a Knight News Challenge grant. Printcasting has its roots in Bakersfield, Calif., but is now increasingly an international enterprise. Printcasting takes any RSS feed and uses web design frameworks to lay out a formatted document that a publisher can print and distribute. It’s also possible to copy and paste text into the Printcasting interface and manipulate its layout. Because no PDF is required, the Printcasting production method is somewhat simpler for novice publishers, or those without design software.

“Printcasting is built for anyone to be able to use it, but we keep getting calls from large companies and organizations,” Pacheco said. “It’s supposed to democratize the print publishing process, but [these larger groups] can also use it internally to lower their costs in terms of publishing.”

As the technology attracts larger customers, it’s also moving towards some of the least accessible audiences in the world. Pacheco described the interest Printcasting has attracted in Latin America, where newspapers could begin using the service to combine national news with small-town news from hard-to-reach rural locales. They would then print geographically targeted editions for each locale.

“They can’t deliver newspapers to little towns up in the mountains, but people have broadband access, so newspapers could use them for distribution,” Pacheco said. “They would use Printcasting to write about things that are super hyper-local, and combine them with content from the newspaper.”

Printcasting is also considering new ways to integrate advertising into local publications. Pacheco said it’s been difficult to recruit small businesses to advertise in Printcasting products in the current economy. One approach might be to have advertisers pay only when an ad accomplishes its goal of generating new business.

“For example, we could put an 800 number or a URL in the ad, [or] some kind of action that the reader performs, and then the advertiser pays because they have a new customer,” Pacheco said.

Whatever the business model, these evolving online tools for magazine publishing mean new publishers of all sizes have a choice of strategies for their projects — and established magazines might also find fresh life through on-demand publishing. These online services can enrich and diversify the world of print, rather than threaten it.

“I don’t think that computers and the Internet make real people’s need for real physical media go away,” said Powazek of MagCloud. “There’s content that deserves to be archived in print and some that doesn’t. For moment to moment updates about news, the web does that really well, but longer-lasting community-based niche content will still have a home in print. I hope that some magazines that have fallen on hard times will find their way to MagCloud and publish their whole back catalog there.”