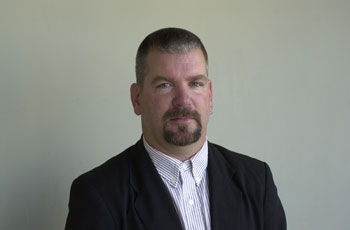 During a recent trip to see an editor I work with at The Globe and Mail, a national newspaper in Canada, I passed by the newspaper’s cafeteria. My editor looked in and pointed at a man who was sitting with his back to us.

“There’s Mathew Ingram, doing his office hours,” he told me.

Ingram is the Globe and Mail’s communities editor, a job he took on after being a technology reporter, columnist and blogger for the paper. My editor explained that Ingram’s “office hours” consist of him making himself available in the cafeteria so that anyone can come see him and talk about Twitter, user comments, blogging, or anything thing else that falls under the social media/community banner.

Time in the Position: Close to a year.

What the Job Entails: “There was never really a job description so we have been making it up as we go along,” he said. “The general idea was to have someone who was thinking about how we interact with readers online, and all the ways of doing it and ways we could be doing it.”

Biggest Challenge: “To be blunt, complacency is the biggest danger, the biggest risk,” he said. “The biggest challenge is raising awareness of these tools, and convincing people that they are worthwhile. That’s something that has been easier with certain people than with others. There’s a wide spectrum of awareness and openness to trying new things. Let’s face it: being a newspaper reporter hasn’t really changed in a huge amount [over the last few decades]. You use a computer rather than a typewriter. So the change taking place right now is maybe harder to deal with if you’ve been doing that for a long time.”

Best Initiative So Far: Using CoverItLive for discussions and liveblogging. “For certain things, like our swine flu discussion, we have gotten 10,000 or 15,000 people, and hundreds and hundreds of comments, along with interaction between editors and writers and readers,” he said. “To me, that is a magical thing that never would have happened if we hadn’t used that tool. We can also wind up making what we do better. In the swine flu discussion, we were feeding news into the live discussion and we had a Google Map that an epidemiologist had created. Someone said in the discussion that the map was not up to date. Our editor asked if anybody knew of a better map, and three minutes later a guy posted a link to a better map that we never would have found.”

Lesson He’s Learned About the Globe Community: “We get surprised daily by the things that people are interested in, and the things they want to read about or talk about,” he said. “…For me, the big benefit of using these tools is getting a better idea of what readers want. Before, we kind of just had hunch and found out long after the fact. Now we can watch in real time.”

Biggest Mistake: “I’d love to say we haven’t made any, but I wish we had gotten involved in Facebook earlier on, and built an audience there or made better use of it.”

Final Words: “Focus on the small victories. It’s quite easy to get overcome and disillusioned when people are not interested in what you think is valuable, or when the things you try don’t work.”

Time in the Position: Close to 18 months.

Previously: Editor of the Cable360.net website, and a reporter at CableWorld magazine. Previously held editorial positions with Time Inc., among other media organizations.

What the Job Entails: “I spend a lot of time in the comments observing the trends, featuring people across the site, and trying to connect with our writers and say, ‘Hey, there’s this really interesting conversation going on, you may want to chime in.’” She also works on their blog, “What’s Your Story Idea?”: http://www.businessweek.com/blogs/whatsyourstoryidea/, and was brought on to help manage the magazine’s Business Exchange community.

On Interacting With the BusinessWeek Community: “We’ve done things that feature our readers on the site by using their comments or contributed articles,” she said. “Our audience is business professionals and they are on the front lines of all the stuff we’re writing about. They are doing what we’re just observing.”

Best Initiative So Far: “We had a reader dinner and invited 10 really avid readers to come in and tell us what they like and don’t like,” she said. “The big takeaway was that our comment system, which is pretty basic, needs to get better… We got to sit face-to-face with these people, some of whom we only knew from their user names.”

Biggest Lesson Learned: The need to manage expectations for new initiatives. “It’s been interesting watching our Business Exchange platform launch because there were very aggressive expectations for it internally,” she said. “As a user, I know the demands on people’s time are really intense, and to expect people to adopt another social network is a lot to ask.”

Next Big Challenge: Integrating with the magazine’s new owner, Bloomberg. “We’ve been acquired by Bloomberg and are waiting to find out what their strategy is,” she said. As this article was being finalized, Brady announced on Twitter that her “role isn’t continuing with Bloomberg,” and her last day at BusinessWeek will be December 1.

Time in the Position: He’s been the social media/community guy at NPR since September 2006.

What the Job Entails: “I work with a team called the social media desk, which is an editorial unit that focuses on ways for our reporters to interact with the public,” he said. “The way I look at it is NPR has this large, loyal community of more than 26 million listeners around the country who tend to see us as more than just a content producer. In some ways, being involved with NPR is almost a lifestyle choice for them. We’ve had a long history of reaching out to the public and having hem contribute ideas and content. But there’s never been a platform before social media that enabled us to interact with the public and give them tools to interact among themselves.”

Biggest Lesson Learned: “The key thing is to come up with a variety of ways that people can interact and work with you,” he said. “On one end you might have people contribute long stories and put together thoughtful narratives, whether in text or video or audio. At the other end, you may have some who are just wiling to share a quick snippet and move on.”

Best Initiative So Far: HurricaneWiki.org. “Last fall when Hurricane Gustav was approaching, we asked for volunteers on Twitter to come together and list hurricane-related resources. Over 48 hours we had over 500 people signed up to build a wiki called HurricaneWiki.org,” he said. “They built Google Maps with evacuation routes and shelter information, and some people listened to ham radio and scanner traffic for information and transcribed that.” He also notes that Scott Simon and the team at NPR’s Weekend Edition have done a good job using Twitter.

What He’s Learned About the NPR Community: “These are communities that love us and our mission and what we do, they want to help us succeed and prosper — and we ignore them at our peril,” he said. “Thankfully, we are not ignoring them. It’s about understanding that people who use social media and are fans of NPR are our most powerful supporters. They can be advocates, soldiers, messengers. They can assist in editorial matters as well.”

Final Words: “There’s no edict here saying that every person has to be on Twitter or Facebook. We do it somewhat organically because we want to make sure the staff that are using social media understand why they are using it, and have editorial goals in mind.”

Time in the Position: Close to six months.

Previously: Edited the Sunday suburban section of the paper. Has also held other editing and reporting roles at the paper, along with jobs at other media organizations.

What the Job Entails: “I don’t really have a typical day. I would say one of the challenges is not doing things on a piecemeal basis, and I’m sure my colleagues would share that concern. We know we have to put effort into getting more people to begin using these tools.”

What She’s Learned About the Times Community: “Surprise, surprise they like us. I tell anybody who is having a bad day around here just to go to the Twitter search field and look at what people are saying about our work,” she said. “People are sharing and recommending the work… One of the really cool, fun, powerful things about social media is that, through the power of recommendations, your loyalists can share the stuff they like. We produce a lot of great stuff, and it’s been heartening just to see people share that with enthusiasm.”

Best Initiative So Far: New York Times Twitter Lists. “One initiative that helped us move forward quickly, and in an area where there is tremendous potential, is Twitter Lists,” she said. “It was an opportunity to go across the newsroom desk-to-desk and talk with different editors and reporters and explain how the feature works and say, ‘Hey, how about giving me a list?’ I’m mindful that the landscape changes rapidly, and we will change with it. But I do think the Twitter Lists project for the newsroom has helped us get more people interested in Twitter.” Preston noted that the paper built new Twitter Lists as reports rolled in about the Fort Hood shootings. “I sit in the middle of the newsroom with the continuous news desk, and so we were all jumping on the story and trying to figure out what was going on,” she said. “I walked over to Jenny 8 Lee and said, ‘Jenny can you help me put together a Fort Hood list?’”

Biggest Lesson Learned: “One of the most important lessons learned is that much of the best ideas, and the really creative approaches and innovations, come from the developers, many of whom work here in newsroom,” she said. “This job is also a public role, and I was unprepared for that. Some people were very kind and helpful and welcoming, but there was a group who were not. I had to figure out what my role is on Twitter because every broken link I sent out was seen as a crime. In any event, you have to be resilient and have a sense of humor.”

Final Words: “The New York Times did not discover social media with my appointment, and vice versa,” she said. “For the last two years we have had more than a couple hundred accounts on Twitter, and we now have 2 million followers on our main feed. We have half a million fans on Facebook…We’re going to be doing something interesting very soon with Tumblr. The really fun part of this whole moment is that you can really play in the space and have fun and figure out what works. And if it doesn’t work, that’s okay, you can try something else.”

Craig Silverman is an award-winning journalist and author and an associate editor at MediaShift and Idea Lab. He is the founder and editor of Regret The Error, the author of Regret the Error: How Media Mistakes Pollute the Press and Imperil Free Speech, and a weekly columnist for Columbia Journalism Review. Follow him on Twitter at @CraigSilverman.