How A Local Newsroom In Brazil Learned To Track Its Impact 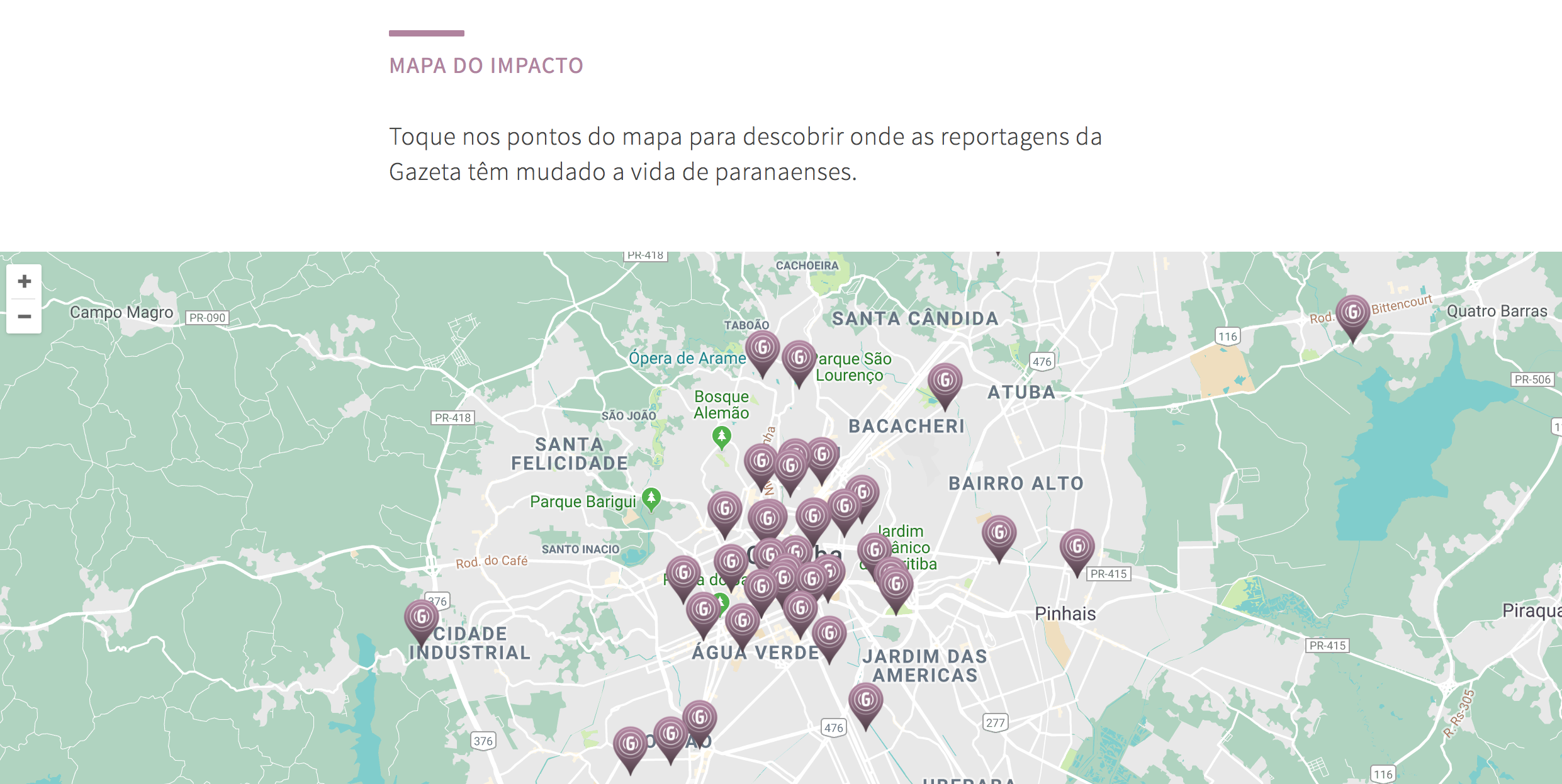 A version of this article was originally published on IJNet.

Less than a year after closing its daily print edition to go all-digital, Brazil’s Gazeta do Povo has made major strides in its efforts to track the impact of its journalism on a societal level.

Impacto is a tool that shows subscribers how their subscriptions are supporting journalism that changes the world.

With ICFJ Knight Fellow Pedro Burgos’ help, Gazeta compiled and released its first impact report earlier this year to show readers the results of its work with Impacto, the impact-tracking tool Burgos developed with support from Google News Lab before starting his fellowship.

By compiling reports like this, Gazeta is able to show subscribers that its work is producing positive change in society — and that its journalism is worth paying for. And it gives digital-first newsrooms a more accurate, meaningful way to measure success than counting clicks.

But what does “impact” look like? For Gazeta, impact often looks like BRL16.4 million being returned to public coffers after Gazeta’s investigations uncovered irregular contracts made by the Federal University of Paraná. Impact can be as small as a reader telling the news outlet that its reporting has made a difference in his or her life, as well.

As an ICFJ Knight Fellow, Burgos is developing Impacto so it can be adopted by more newsrooms in Latin America and beyond. He is also building a coalition of Impacto media partners with continuing support from Google News Lab; Gazeta is one of the founding coalition members.

IJNet spoke with Leonardo Mendes Jr., Gazeta’s editorial director, to find out more about how the newsroom transitioned to an impact-tracking mindset — and what other newsrooms can learn from their efforts:

Tell us a bit about why Gazeta first decided to partner with Pedro and begin using Impacto. What changes took place after you started using Impacto in the newsroom?

Gazeta do Povo changed its business model last year. We shut down our daily print edition and we put all our energy into the digital product and the subscription model. But it has always been clear to us that people will pay for content if they see a single value in it. And Impacto is a tool created to show the unique value of journalism. It is a tool that shows subscribers how their subscriptions are supporting journalism that changes the world.

The newsroom quickly adopted Impacto as a working tool. Whenever a reporter or editor sees that there was a repercussion from one of their stories, they tell colleagues: “That is impact” — and then someone registers the impact.

Was there anything that surprised you from using Impacto to keep track of Gazeta’s impact?

We’ve always been a local media organization. With Impacto, we began to perceive and register how our content feeds the debate on national issues such as politics, economy, education and ideology.

What advice would you give to fellow journalists/newsrooms who want to get better at tracking their impact?

The key is to engage the team permanently. The team must see it as fundamental to the strengthening of high-quality journalism. Whenever engagement was high, impact records were frequent and significant. When engagement is low, we do not take full advantage of the tool.

What do you hope people will learn by reading the Impact Report?

Impacto was developed by Pedro Burgos, a Brazilian journalist and developer based in Sao Paulo. As an ICFJ Knight Fellow, Burgos is continuing to develop tools that help newsrooms measure the impact of their journalism in society. Impacto, which has the support of Google News Lab in Brazil, is already being tested in five important media companies — Folha de S. Paulo, Gazeta do Povo, Veja, Nexo and Nova Escola — and will be expanding to other countries this year.