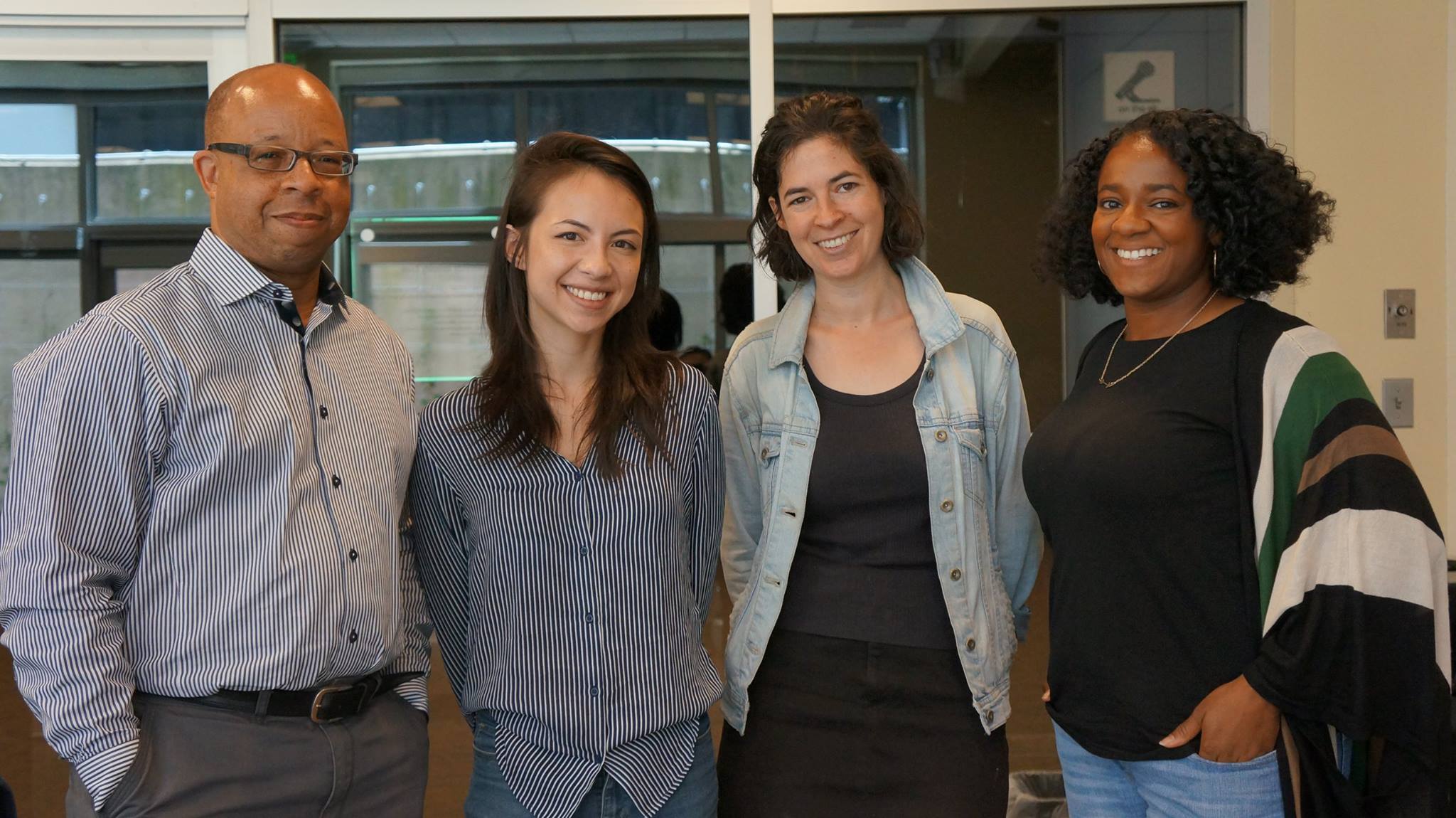 In the news this week, there’s another billionaire owner of a major metro newspaper, this time Patrick Soon-Shiong buying the Los Angeles Times and San Diego Union-Tribune in a fire sale from Tronc. The #releasethememo hashtag had a big groundswell of support on Twitter, but a researcher found that Russian bots were helping it go viral. And Facebook’s Instant Articles feature has lost nearly half of its original partner publishers, but has gained 29 publishers who are pushing fake news, and making money from – and for – Facebook. Our Metric of the Week is the Invisible Audience, and we go one-on-one with Doug Mitchell, founder of NPR’s Next Generation Radio, who’s launching a mentoring program for newsrooms to increase diversity.

Doug Mitchell is the founder and project leader of NPR’s “Next Generation Radio.” It’s a digital media professional development camp for college students and early career professionals. He is on the board of the Latino Public Radio Consortium, a peer reviewer for the Fulbright Association, and consults for the International Women’s Media Foundation. He also leads the Journalism Mentorship Collaborative through the Online News Association.

Biotech billionaire Patrick Soon-Shiong joins the growing club of billionaire owners of major metro newspapers, joining Jeff Bezos of the Washington Post, John Henry of the Boston Globe and Glen Taylor of the Minnesota Star-Tribune. Soon-Shiong has agreed to buy the Los Angeles Times, the San Diego Union-Tribune and Spanish-language newspaper Hoy for $500 million. The sale is expected to close in March or April. Over the past year, the Times newsroom has seen its share of turmoil with three editors leaving in the past 6 months, a contentious union campaign, and most recently allegations of sexual harassment by publisher Ross Levinsohn. According to a report by the LA Times, the deal happened relatively quickly taking just five days to complete.

The Los Angeles area has had a tough time supporting local media, both in print and online. The LA Times has struggled, the L.A. Weekly has been gutted, the Los Angeles Daily News has had big cuts and DNAInfo closed, shuttering the LAist site. Meanwhile, the papers’ current owner, Tronc, will push forward with its newly formed Tribune Interactive, which will focus on content formats, products and other digital strategies. It will be led by Ross Levinsohn, who was cleared of wrongdoing after an investigation into alleged sexual misconduct, and Lewis D’Vorkin, who stepped down as editor at the LA Times. The question remains how devoted the Los Angeles area will be to its major daily paper after so much upheaval, and if the latest white knight billionaire can turn around its fortunes with yet another makeover.

The recent Twitter campaign to release the memo from Republican House Representative Devin Nunes – which alleges that the FBI’s Russia investigation is politically biased  – actually went viral because of Russian troll bots, according to information warfare expert Molly McKew. The social media intelligence group New Media Frontier traces the #ReleaseTheMemo campaign, from its origins in a tweet by a user flagged for unusual activity, to the eventual vote to release the memo by the House Intelligence Committee. Conflicting reports about the hashtag’s origin miss the point, McKew says, because whether or not this is the result of a Republican or Russian efforts, they have the power to push a fringe social media campaign to the mainstream media with bots.

According to McKew: “Information and psychological operations being conducted on social media—often mischaracterized by the dismissive label ‘fake news’—are not just about information, but about changing behavior. And they can be surprisingly effective.”  On Capitol Hill, Democratic Senator Dianne Feinstein and representative Adam Schiff demanded Facebook and Twitter look into the hashtag campaign for Russian interference. But they shouldn’t hold their breath. Social media platforms have been slow to track misinformation campaigns, even after a public outcry. Thomas Rid of Johns Hopkins University told the PBS NewsHour that Twitter basically gives the same level of privacy protection to Russian bots and fake accounts as it does to real people. Rid contends that Twitter could easily detect and remove bots but wants to keep an inflated number of users so it can keep Wall Street happy. Until Twitter takes this problem seriously, it will be hard to take Twitter’s trending topics very seriously.

Over the summer, Facebook touted the success of Instant Articles and said more than 10,000 publishers around the world are using the feature. By hosting their articles on Facebook’s servers, publishers deliver articles more quickly on mobile devices before users got bored of waiting. But a recent analysis by the Tow Center for Digital Journalism found that of the original 72 publishers who opted in for Instant Articles in 2015, 38 did not post a single Instant Article in a snapshot review on January 17th. One of the issues that publishers have had with Instant Articles has been poor monetization compared to their own websites. The analysis showed that two-thirds of links went to a publisher’s home page.

The outlets that weren’t using the feature include the New York Times, Refinery29, the Washington Post and Cosmopolitan.  Pete Brown of the Tow Center wrote on CJR that “the reported growth in Instant Articles could be driven by an uptick in use by local publishers, specialist publications, or amateur outfits. It’s difficult to tell.” One surprising area of growth for Instant Articles has been from purveyors of fake news, according to a report by Jane Lytvynenko at BuzzFeed. She found that 29 Facebook pages and websites were using Instant Articles to spread false stories and 24 of them were part of the Facebook Audience Network, meaning the social giant was profiting from them. Facebook quickly moved to distance itself from the sites, but will need to do a better job to sell Instant Articles to legitimate publishers – and keep bad actors off the platform.

ESPN’s new streaming service will cost just $5 per month but not contain any programming that runs on its cable channels.

The Wall Street Journal reports that Vice Media missed its revenue target for 2017 by $100 million and early investors are looking for an exit.

And alumni from the shuttered DNAInfo site in Chicago have launched a new local news site funded through blockchain startup Civil.