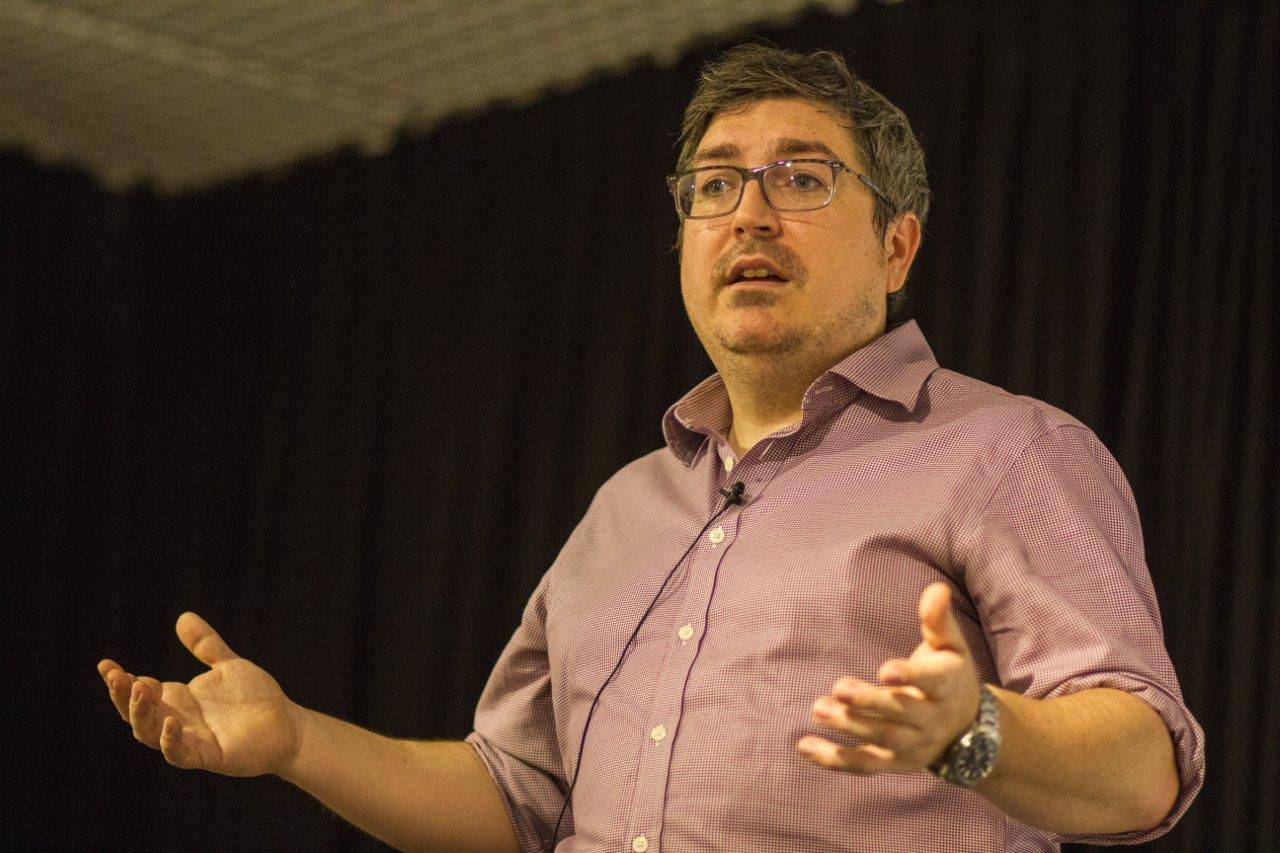 In the news this week, Meredith Corp. finally buys Time Inc. on the third try, creating a magazine conglomerate with a big investment from the conservative Koch brothers. BuzzFeed falls short of its revenue projections, leading to layoffs and a change in business model. An alt-right sting operation goes terribly wrong when the Washington Post exposes them instead. Our Collaboration of the Week, presented by Airtable, is Voting Block, with media outlets around New Jersey organizing potlucks to get to know voters better. Our Metric of the Week is Native Ad Metrics, and we go one-on-one with University of Oregon professor Damian Radcliffe to discuss his optimistic view of local media.

“People are still buying newspapers in local communities...The level of reporting from a daily or weekly newspaper arguably is much richer, deeper and greater than what you see on those other platforms.” - Damian Radcliffe

Damian Radcliffe is a journalism professor at the University of Oregon, a fellow of the Tow Center for Digital Journalism at Columbia University, and a fellow of the Royal Society for the Encouragement of Arts, Manufactures, and Commerce.

Meredith Buys Time Inc. with Investment from the Koch Brothers

The third time was a charm for the magazine merger between the heartland’s Meredith Corp. and New York City’s Time Inc. The on-again, off-again merger was finalized with a price of $1.85 billion paid by Meredith after a $650 million investment from conservative billionaires David and Charles Koch. The question is: Why are the Kochs interested in the purchase of Time Inc.? Is it to influence the political coverage of a magazine like Time? Recode’s Peter Kafka noted that the Kochs won’t have a seat on Meredith’s board, but the key will be what happens to the newsier titles like Time and Fortune, which don’t really meld with the homier titles at Meredith such as Family Circle and Better Homes & Gardens. Kafka wrote: “Do [the Kochs] think it’s a good financial bet? Or do the brothers, a powerful force in conservative politics, like the idea of influencing one of the world’s largest publishers, even if it’s nothing like the powerhouse it used to be?”

A representative for the Koch brothers told the New York Times that they won’t be seeking to influence coverage and that this was a “passive financial investment” made through their equity fund. But both current and former employees at Time are raising concerns about the Koch buyout. According to the New York Times, folks at a Time Inc. company townhall meeting asked if the brothers would “compromise their editorial integrity.” Former Time editor-in-chief John Huey told Politico it was unlikely the Kochs would buy the magazine to NOT further their agenda. But Vanity Fair’s Joe Pompeo found a lot of people inside Time who weren’t as worried about the Koch brothers as they were with the clash of cultures between the rural-dwelling Meredith and urbanists at Time Inc. And whether Time magazine is spun off or closed, there’s still reason for employees to be apprehensive about the sale with deep layoffs still to come as part of restructuring.

BuzzFeed Falls Short on Revenues, and Lays Off 100 Staff

Speaking of restructuring, BuzzFeed will lay off 100 employees as its plans for a 2018 IPO are being put on hold. The Wall Street Journal’s Lukas Alpert reports that the company will miss its $350 million revenue target this year by 15 to 20 percent, though the company is still expected to show revenue growth from last year. The 100 layoffs in the U.S. and U.K. would largely come from the company’s business operations as part of a move to reorganize its revenue operations. In an email obtained by BuzzFeed News, Jonah Peretti writes “as our strategy evolves, we need to evolve our organization, too — particularly our Business team, which was built to support direct sold advertising but will need to bring in different, more diverse expertise.” BuzzFeed was built on the idea of one major revenue stream, native advertising, but that has been hard to scale.

Now the company is looking at expanding into e-commerce, programmatic ad sales and video licensing and development according to the Journal. BuzzFeed’s president Greg Coleman will step down as part of the layoffs but will remain an adviser to the company. A search for a new chief operating officer is underway as well as other high-level positions in the business department. Of course, BuzzFeed’s troubles don’t come in isolation, as Vice Media will also miss revenue expectations, and ESPN also announced cutbacks. The tumult in the media business is because of two large forces, according to The Atlantic’s Derek Thompson: too many publishers and not enough ad money, with Facebook and Google, dominating; and media companies accepting VC money and now dealing with VC reality. They chased bright shiny objects, growth-at-all-costs, becoming “tech companies” and a huge correction was inevitable.

A rather bizarre scenario unfolded this week as the Washington Post released a sting video of an attempted sting of themselves. Confused? Let me explain. A woman named Jaime Phillips contacted the Post, falsely alleging that U.S. Senate candidate Roy Moore had impregnated her while she was a teenager living in Alabama. During interviews, Phillips repeatedly asked Post reporters if the story would sink Moore’s candidacy. The reporters noticed inconsistencies in her story and, while fact-checking her claims, found a GoFundMe campaign in which the woman said she was raising money to relocate to New York to “work in the conservative media movement.” Post reporters recorded a video of their meeting with her, calling out the GoFundMe page.

After that meeting, Post reporters followed her and saw her walk into the office of Project Veritas, a conservative activist group. James O’Keefe, the founder of Project Veritas, declined to answer any questions about whether the woman was employed there. The non-profit organization has reported more than $8 million in contributions, according to NPR. If their name sounds familiar that’s because they’ve been in the news before. Previous stings included NPR and ACORN, but the group has been less successful recently. So why did the Post break its promise of an off-the-record conversation with Phillips? Post executive editor Marty Baron said that “this so-called off-the-record conversation was the essence of a scheme to deceive and embarrass us…We weren’t fooled, and we can’t honor an ‘off-the-record’ agreement that was solicited in maliciously bad faith.”

-ESPN laid off 150 staffers, mostly in studio production, digital content, and technology, as the network is losing pay TV subscribers.

-Wired magazine plans to start a metered paywall, charging less than $10 per month.

-FCC chairman Ajit Pai says that tech companies are opposed to his net neutrality rollback because they want to maintain their dominance.

-And during the Northern California fires, when cell access was down, news radio station KSRO played a crucial role getting information to residents.