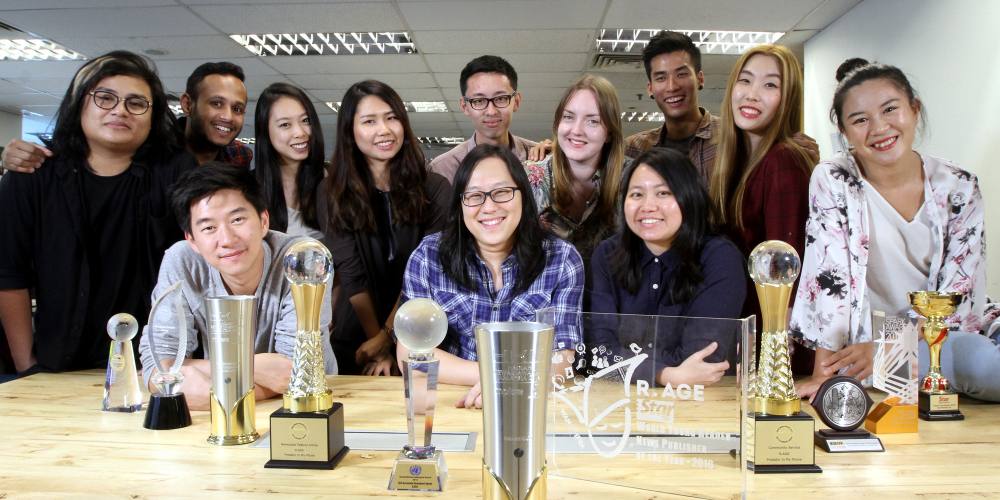 This piece originally appeared at The Splice Newsroom.

In June 2016, the online documentary “Predator in My Phone” exposed an alarmed public to the dangers faced by Malaysia’s increasingly connected children, inspiring a campaign that captured the attention of celebrities, NGOs and politicians, and spawned a new law targeting child sex crime.

The result of a ten-month undercover investigation by R.AGE, a millennial-focussed multimedia unit at Malaysian newspaper The Star, the series has now accumulated some 4.5 million views on its Facebook page alone.

Audience engagement is an integral part of R.AGE’s work and campaigning is central to its remit, says executive producer Ian Yee, who argues that journalists can offer solutions to problems when they are confident their reporting is objective.

“I don’t see there being any kind of conflict. I think a lot of millennials don’t see that either, don’t see that there should be that line,” he says. “People can get involved in causes and issues so much more and they’re much more invested. They’re not just passive readers.”

The law to protect children against sexual exploitation was passed in April 2017, representing a major victory for investigative journalism in a country where the mainstream media often shies away from covering sensitive issues.

Most Malaysian media outlets are owned by politically connected powerbrokers—or by political parties themselves—including The Star, which is linked to the Malaysian Chinese Association. But the internet has upended the once-cozy media scene, spurring some to experiment with digitization and hard-hitting journalism.

“They must learn from what [the new media] do and move forward,” Yee says.

Over the past three years, circulation at nearly all of the country’s newspapers has slumped, in some cases precipitously.

The country’s three Chinese-language newspapers were not immune either, with Sin Chew Daily, Malaysia’s best-selling newspaper, reporting a drop in circulation from 385,229 to 316,564.

From newspaper to news agency

At Berita Harian – a Media Prima tabloid targeted at the country’s “discerning millennial Malay” — the focus has shifted online over the past three to four years.

“We have to face the problem that the younger generation is not reading the papers anymore,” explains Berita Harian journalist Luqman Arif, one of the paper’s digital pioneers. “They like to scroll through Facebook, so we try to cater to that niche, putting up snippets of videos, and highlighting exclusives that are coming up so they will follow the next day as well.”

Luqman says print now plays second fiddle, and the paper’s priority is now to become what he calls “the number one news agency.” Berita Harian has 4.8 million Facebook followers and the company is stepping up efforts to turn that audience into income through advertising, sponsorship and advertorials.

The shift to online has necessitated major changes in newsroom operations. Berita Harian now operates a single news desk for all its output, a move that has necessitated engagement with staff via a change agent. “We need to cater to all those who are uncertain, have doubts or are apprehensive,” Luqman says.

The Star, meanwhile, has been building up its website rather than relying on Facebook traffic, and moving into digital products with radio and internet-based TV. The Star Online is currently Malaysia’s second-best performing digital media brand after Malaysiakini, but lower revenue from advertising continues to eat away at profits.

Yee says it took nearly two years to convince a cautious management that R.AGE as a video platform (it started life in 2005 as a newspaper pull-out targeted at students) was worth the investment.

For its first project, the team had to find its own advertising sponsor but was told it could keep a percentage of any profits to buy equipment. Yee won’t reveal the unit’s budget but says it’s now increasing.

The 10-member team has won 18 awards since the site relaunch, and its latest exposé investigates a trafficking scam under which Bangladeshis travel to Malaysia expecting to be studying, only to be forced into work. Videos garner about 500,000 monthly views and Facebook followers have increased from 25,000 to 65,000.

“One thing we’ve been able to show is that content really is king,” Yee says. “If the content is good, people will watch it from start to finish. Our most successful videos have always been three to four minutes in terms of audience views, but in terms of impact the longer documentaries stay with people longer.”

Kate Mayberry has been a print and broadcast journalist in Southeast Asia for more than 20 years, and was part of the team that launched Al Jazeera English in 2006. She currently freelances for media including Mongabay, Al Jazeera, BBC Capital and Nikkei Asian Review.