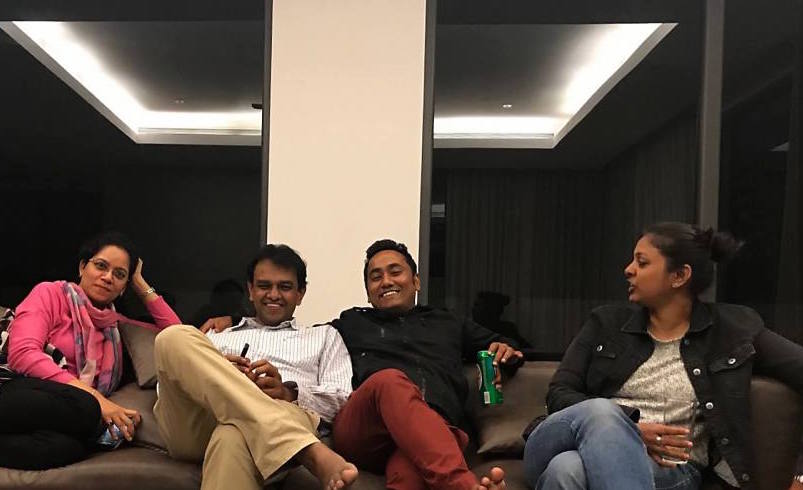 This piece originally appeared at the Splice Newsroom.

For a little over a year, The Ken, a Bangalore-based digital business news publisher, has been producing one original longform article every weekday for which subscribers must pay. What’s the big deal, you might ask.

“The fundamental truth for any product is that if you create it with heart into it, and it offers quality, there will be people willing to pay for it,” The Ken co-founder Rohin Dharmakumar says.

To understand the significance of this product, first look at how news is published and consumed in India.

Digital news publishers lavish readers with articles and advertisements, mostly display ads that subsidise the articles, each jostling for space and attention. Newspapers are affordable, again thanks to a steady stream of advertising (I pay only $9 a month for four newspapers).

And news consumption is haphazard. Vast swathes of Indians are illiterate and poor and news comes low in the hierarchy of their needs. Those who crave news but cannot read can turn to a plethora of television channels. And those who want to read news have a problem of plenty in digital—for free.

Against this backdrop, The Ken’s journalism model seemed ambitious, even audacious, when it was launched on October 3, 2016, with its ‘scanty’ offering—one article a day, huh?—and its business model—paywall, are you serious? Though these are still early days, and it is yet to achieve a scale worth boasting about, The Ken has broken new ground in Indian journalism with its product.

So much so that it is inspiring legacy media companies in India to experiment with new business models. It has made them realize that there exists a growing section of discerning readers who yearn for user-friendly, well-designed, good journalism.

Nowhere is this shift more palpable than in the proposal of Bennett, Coleman and Co. Ltd, the publisher of The Times of India, India’s largest circulated English-language daily, which commoditized news with business models and innovations long before they became part of publishing lexicon, to launch a subscription-based digital product for its business newspaper, The Economic Times. (Competitor Business Standard has also erected a paywall on its website, but is yet to offer a compelling answer to its newspaper readers on why they should shift to digital.)

“The fundamental truth for any product is that if you create it with heart into it, and it offers quality, there will be people willing to pay for it,” The Ken co-founder Rohin Dharmakumar says when I asked how he coaxed readers to pay for articles. “So we tried to build an inherently good product, improve it, keep at it and see how many people will pay for it.”

Three of the four co-founders—Seema Singh, Ashish Mishra and Dharmakumar—are business journalists. They settled on deep-dives into technology, startups, business, science and healthcare that would be insightful, analytical, and well-narrated.

“We start with the premise that even a layperson must easily read and understand our stories and take value from them,” Dharmakumar says.

The Ken covers significant trends, issues that will define the agenda, say, in the next 24 months, and helps readers understand policy decisions, among other things.

The paid subscription model was a good measure of their stories’ worth. If the stories weren’t good enough, readers wouldn’t pay.

But to produce quality longform stories day after day was never going to be easy. The Ken initially had just seven writers, including the co-founders, on its staff (three more have joined since).

“The first three months were hell,” recalls Dharmakumar. “But as journalists, producing a time-consuming, great read rather than a mediocre one is what drives us.”

It was decided that everyone would write. Just as founders in tech startups code to stay connected to the product, The Ken’s co-founders would contribute stories.

Dharmakumar says, given The Ken’s limited resources, it was important to know what could be executed and delivered well.

Business writing in India is largely poorly written puff pieces, with an emphasis on quantity. Yet there is a universality—and intense interest due to a startup boom in India—to the entrepreneurship, innovation, strategy and failure that The Ken covers.

That provided an opportunity for The Ken’s narrative style to become a key differentiator.

Full annual access for India-based subscribers was priced at Rs 2750, or around $43, and quarterly access for $19. One story each week is free to read after signing up, offered to tempt casual readers to become paid subscribers.

Today, The Ken has about 20,000 subscribers, with more than 1,000 who pay. Can they scale up those numbers in the second year?

The Ken is a departure for Indian media. (Photo by Tom Dulat – FIFA/FIFA via Getty Images)

In an email to readers on the first anniversary, Dharmakumar uses the word “survival” more than once. But he tells Splice he is satisfied with the rate of subscription renewals—notoriously difficult to sustain—which have been healthy and occurring in phases.

This year, the focus will be on building the community and expanding reach through Facebook, Google, LinkedIn and Twitter. College subscriptions, distinct from a 50 percent discount offered to students individually, are due to launch.

The Ken will also cover new verticals such as policy, experiment with storytelling formats such as Q&As and data, and may even offer more stories, perhaps during weekends. Hiring will be ramped up to help carry out these plans.

Dharmakumar says The Ken is yet to break even, but he has no financial worries. “Much of the $400,000 [in funding raised] is still in the bank…we can easily stretch it to three years because of our low burn rate.”

Rapid scaling up is not a concern either, according to Dharmakumar. “We are not in a competition [with], nor are we eyeing the scale of a Times of India.”

Binoy Prabhakar is a journalist based in Delhi, India.